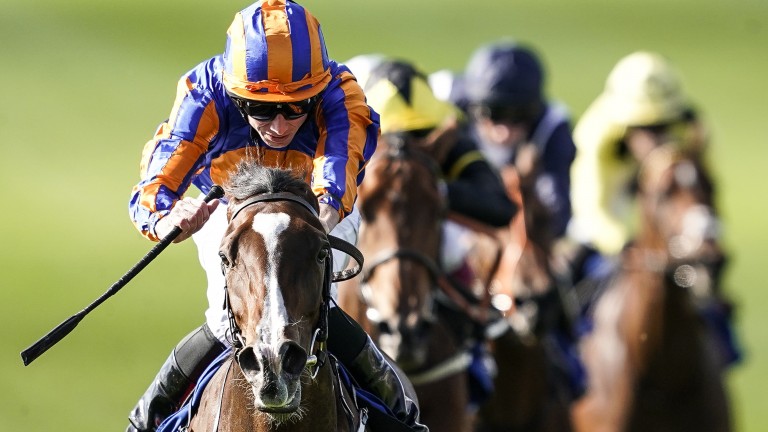 Just Wonderful on her way to victory in the Rockfel Stakes last season
Alan Crowhurst/ Getty Images
1 of 1
By Tom Ward UPDATED 3:39PM, MAY 5 2019

Four fewer runners go to post for the 1,000 Guineas on Sunday than did so in the colts' equivalent on Saturday, but the final field of 15 remains large enough for questions surrounding advantageous draw positioning to remain pertinent on the second day of the Qipco-sponsored Guineas meeting at Newmarket.

It seemed clear the stands' rail on the Rowley Mile was the place to be in the 2,000 Guineas, with the splinter group of three, including eventual winner Magna Grecia, that furrowed their path there all finishing inside the first six.

The GoingStick reading from Sunday morning did confirm a marginal advantage on the stands' side over the far side, although, interestingly, the quickest reading is up the centre. (stands 8.1, centre 8.4, far side 7.9).

The highest-drawn filly in the 1,000 Guineas is the Aidan O'Brien-trained Just Wonderful and it is no coincidence the daughter of Dansili has seen sustained support, with some firms now going as short 5-1 (from 7) for her to give the trainer a fourth Guineas double.

The John Oxx-trained Skitter Scatter and Fred Darling winner Dandhu are other leading names who find themselves with double-digit draws. 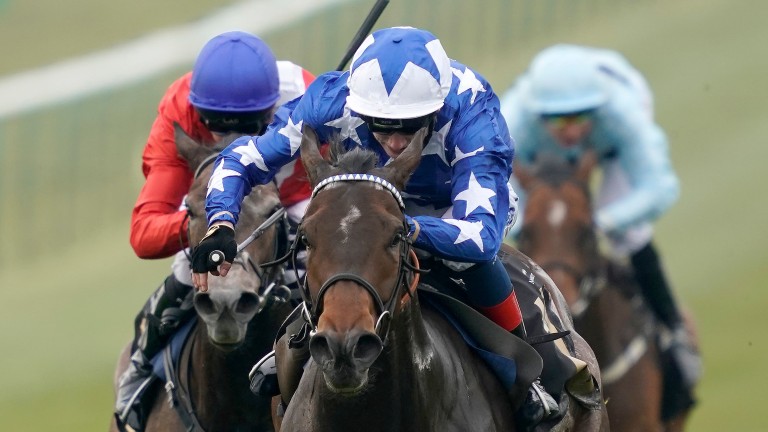 Qabala: could the draw be against her this afternoon?
Alan Crowhurst

Nell Gywn winner and long-time favorite Qabala (drawn in six), Fillies' Mile winner Iridessa (three) and Fairyland (one), who hails from the unlikely O'Brien-Frankie Dettori alliance, all occupy prominent market positions but will have to defy what could be unfavourably low stall numbers.

Another factor to consider will be where the early pace comes from, after Shine So Bright's blistering early fractions clearly set the race up for both the winner and 66-1 runner-up King Of Change in the 2,000 Guineas.

Surely one, or possibly both, of O'Brien's third and fourth string will be prominent, with the 12-drawn Fleeting looking perfectly positioned to play a supporting role in making the running for stablemate Just Wonderful.

FIRST PUBLISHED 11:09AM, MAY 5 2019
It is no coincidence the daughter of Dansili has seen sustained support