What lies in store for race fans over the coming days 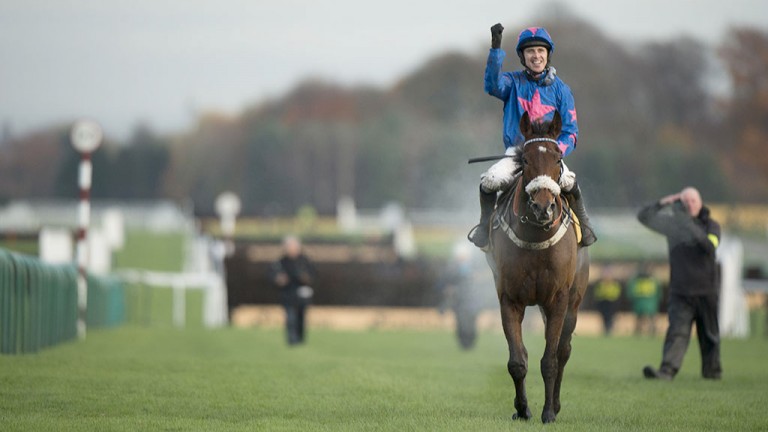 Tufto brings ton up at Southwell

Indian batsmen are having few problems making triple figures against England, but reaching a century of starts as a racehorse is a more impressive feat.

To do so at one racecourse is yet more impressive and at Southwell on Tuesday General Tufto reaches 100 not out at the track at the grand old age of 11.

Trained by Charles Smith 'Tufty' last won at his beloved Southwell nearly a year ago, but he can never be discounted on the Fibresand.

Jockey Joey Haynes can expect a good workout as General Tufto's running style is to start slowly then try and come home with a rattle.

The chances of a white Christmas are remote according to bookmakers (1-7 no snow falls in London), but that is good news for racing fans and the bumper day of action on December 26.

A total of 11 meetings in the UK and Ireland means there should be something to whet every aficiando's appetite, with the King George at Kempton taking centre stage.

Millions will have been spent this Christmas, and Colin Tizzard could move a step closer to scooping his own seven-figure present in the 32Red King George VI Chase.

Cue Card collected the Betfair Chase, and is trying to land the second phase in the 32Red King George en route to collecting the Jockey Club Racecourses Triple Crown bonus.

Another win in the King George would leave Cue Card only needing victory in the Timico Cheltenham Gold Cup, a race he fell in last season when seemingly about to mount a serious challenge to Don Cossack.

Interestingly, the main danger looks set to come from within Tizzard's yard, as the hugely exciting and talented Thistlecrack has been confirmed for the race.

In recent weeks several of the Willie Mullins-trained stars have been seen in action, and Ireland's champion trainer has a wealth of talent to choose from for the Grade 1 Racing Post Novice Chase at Leopardstown.

Supreme Novices' Hurdle runner-up Min made a successful start to life over fences at Navan last month, and Mullins has already intimated that his next start could be in this race.

But with another 12 entries to choose from, Mullins could have a battalion for a race he has won three times in the last five years, most recently with Douvan.

Faugheen on the comeback trail

Christmas is a time to catch up with old friends, and one who is set to be seen for the first time since January is Faugheen.

Last year's Champion Hurdle winner has been recovering from an injury sustained in February, and Mullins said at the start of December he was aiming to bring the eight-year-old back over the festive period.

It could be straight back in at the deep end for Faugheen, as he does hold an entry for the Grade 1 32Red.com Christmas Hurdle, while the Ryanair Hurdle at Leopardstown on December 29 is another possibility.