What effect will the long dry winter have on the Cheltenham Festival?

Little more than half the rain that fell on Cheltenham last winter has arrived this time around, leaving many owners and trainers with their their worried heads on.

A number of the leading fancies over the four days would definitely prefer as much cut in the ground as possible.

Take, for example, the Champion Hurdle and the Cheltenham Gold Cup. The current market leaders for both Grade 1s, Buveur D’Air and Presenting Percy, have a form line or two on good ground but their places in the markets have been built around performances on soft or softer.

Buveur D’Air’s two Champion Hurdle victories have been posted on good to soft (2017) and heavy (2018). He certainly would not want conditions too quick and neither, it seems, would his main rivals in the betting, Apple’s Jade and Laurina. 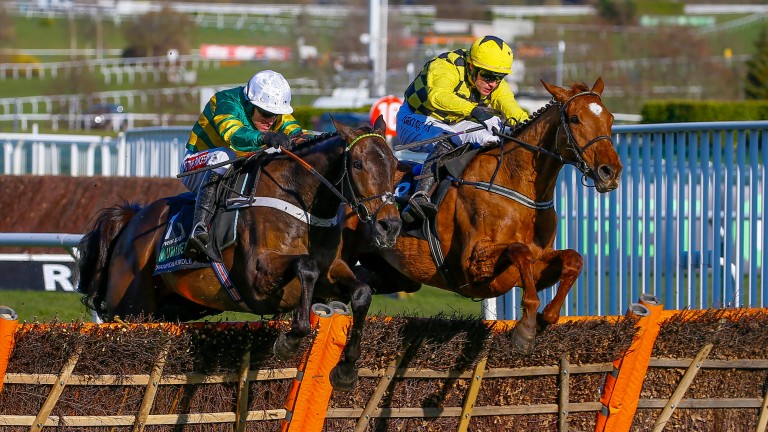 Verdana Blue’s Champion Hurdle chances, however, surely hinge on the ground being as close to good as possible as she is all about speed. Her fleet of foot in the closing stages at Kempton in December saw her claim the scalp of Buveur D’Air but, it has to be said, victory has eluded her in three previous visits to Cheltenham.

It is fair to say that connections of favourite Presenting Percy and last year's winner Native River may well face something of a dilemma about even lining up if the heavens do not open in the coming days.

Even though the Gold Cup is obviously not a handicap there has to be a marked difference between winning a hurdles contest off a mark of 146, in which Presenting Percy proved successful back at the festival in March 2017, and landing chasing’s top prize now officially 21lb higher as all his form since is on soft or more testing.

It was officially soft when Native River saw off Might Bite in the race 12 months ago and he has been beaten in his two starts this term on going described as 'good' and 'good to soft'. It needs a trip down memory lane for his backers to find some solace as the last time he proved successful on good ground was 2014.

Cheltenham clerk of the course Simon Claisse is hoping a forecast predicting around 30mm of rain over the next week or so materialises.

He said: "We actually put a couple of millimetres of water on all tracks last week to help the fertiliser we put on at this time of year get into the ground. I would have to say that at present the conditions at the course are on the quick side of good.

"However, we have a forecast of around 30mm of rain at the track from this Friday until the following weekend and that would bring us back to good to soft. We have to hold our nerve and we will wait and see how all that pans out before considering any further watering ahead of the meeting.

"Last year between the middle of November and the end of February we had 223mm of rainfall but this time around we have had 128mm, which is only just over half that amount. It’s proving a rather obvious challenge when you take into account those figures."

FIRST PUBLISHED 6:00PM, FEB 26 2019
We have a forecast of around 30mm of rain at the track from this Friday until the following weekend and that would bring us back to good to soft