What a cracker: Siskin primed for National clash with Pinatubo and Armory 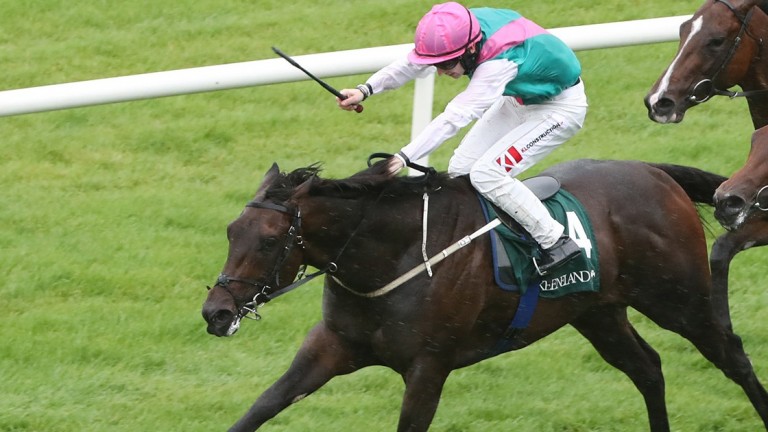 Siskin: set to defend his unbeaten record in the National Stakes on Sunday week
CAROLINE NORRIS
1 of 1
By Richard Birch UPDATED 4:02PM, SEP 6 2019

The unbeaten Siskin will be pitched into a potentially explosive clash against Pinatubo and Armory in the Group 1 Vincent O’Brien National Stakes on Sunday week at the Curragh.

The three colts have won 11 races from 12 outings this season, and Pinatubo heads the market for next year’s Qipco 2,000 Guineas after his five-length defeat of subsequent Solario Stakes hero Positive at Goodwood last month.

Siskin’s trainer Ger Lyons maintains the option of Newmarket’s Group 1 Juddmonte Middle Park Stakes over six furlongs this month for his two-year-old star, who is owned by Khalid Abdullah and has won all four starts, but has committed to step him up to seven furlongs in the Goffs-sponsored showpiece at the Curragh.

Lyons said: "Siskin is in great shape and we have the National Stakes in mind, even if I'd be very nervous about taking on Pinatubo. Pinatubo was exceptionally impressive at Goodwood, but Siskin has a Group 1 win under his belt.

"I'd have no problem on nice ground taking on anyone over seven furlongs, and whatever beats Pinatubo will likely be champion two-year-old.

"It would certainly be a good duel, and the great thing about the timing of the race is that you can still run in the Dewhurst at the end of the campaign. If the ground dictates Siskin goes elsewhere he also has the option of the Middle Park."

Siskin maintained his unbeaten record in the Phoenix Stakes with a three-quarters-of-a-length defeat of Monarch Of Egypt despite not appearing to relish the soft ground that day. 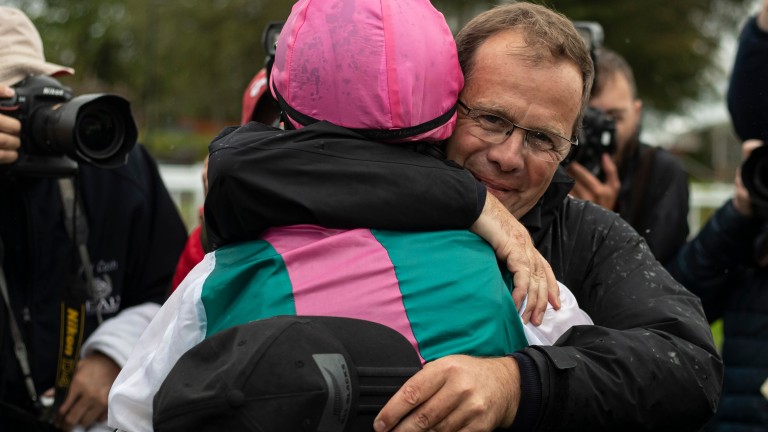 A smart turn of foot is Siskin’s principal attribute, and that speed is ideally served by top-of-the-ground conditions.

Lyons said: “Siskin impressed me that day. The Phoenix was a case of no horse really liking the ground, but everyone was telling me he would struggle with it due to his pedigree, and in the car park beforehand I was getting worried.

"He showed a great attitude and, all going well, he is being trained as a Guineas horse next season.”

Siskin was a top-priced 8-1 shot on Thursday, behind Armory at 3-1 and 8-11 favourite Pinatubo, who turned the Group 2 Vintage Stakes, which had been billed as the best two-year-old race of the season in Britain, into a procession.

Armory, who will attempt to give Aidan O’Brien a 12th win in the National Stakes, was beaten on his Leopardstown debut in June, but has improved with each subsequent start and chases a fourth straight success.

He quickened well to land the Group 2 Futurity Stakes at the Curragh last month, and returns to the Kildare track for a race which should provide significant Classic clues.

FIRST PUBLISHED 8:00PM, SEP 5 2019
I would have no problem on nice ground taking on anyone over seven furlongs

A step too far? O'Brien comments suggest Melbourne Cup dominance about to end Hussey shines as Iowa mows them down for Ulster Derby success Doyle Force: Creative rider off the mark for the week as Appleby bags a 1-2 'He could be a Guineas/Derby horse' - O'Brien excited by Point Lonsdale Ascot collector's item as Dettori's flying dismount outshone by tearful groom Love brightens the week for Aidan O'Brien but draw-bias punters are wrong-footed