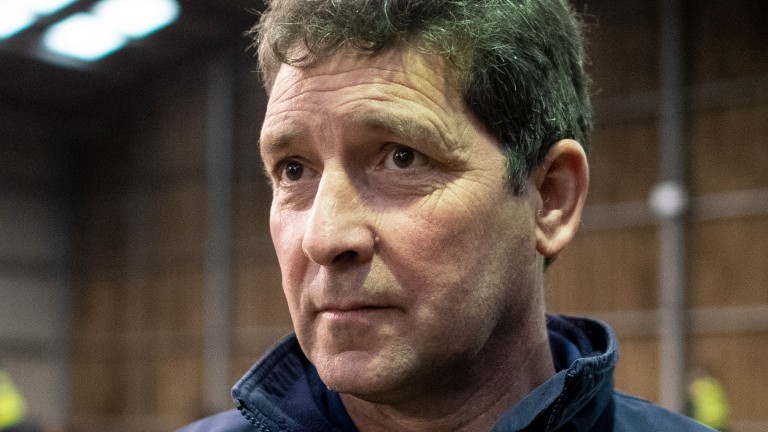 Ian Williams is going all out to win the tote+ Chester Plate on Friday, two years after a similar multi-pronged challenge narrowly failed to pay off.

Williams had five of the first six home behind Coeur De Lion in the Chester Cup consolation race the last time it was run in 2019, with Michael's Mount's fourth place particularly galling as his jockey Cameron Noble rode a finish a circuit early in the 2m2f event.

The trainer's six-strong team includes Always Resolute, who was third two years ago, and Byron Flyer, who was fifth in the inaugural running of the reserve race in 2018. Williams, who has won the Cup itself twice and has three runners in the main event, gives all of his team a chance in a 14-runner field.

"We've got six in there but it's very competitive," Williams said. "They could all go well. I was a little disappointed Indianapolis didn't get into the Cup and he arrives on the back of a fair run at Musselburgh.

"Hydroplane has been doing very well over jumps and reverts to the Flat. Byron Flyer ran one of his best races in a long time over hurdles at Sandown and has fallen to a nice mark. So has Speedo Boy, who ran well enough at Nottingham last time to suggest his mark is about right.

"Mancini is the one bookmakers have got shortest and he's in great form. And Always Resolute is a course winner and has a light weight."

The likely favourite for the £35,000 handicap is the Mick Easterby-trained Elysian Flame, who won under Nathan Evans at Newbury last month.

FIRST PUBLISHED 8:00AM, MAY 7 2021
Byron Flyer ran one of his best races in a long time over hurdles at Sandown and has fallen to a nice mark