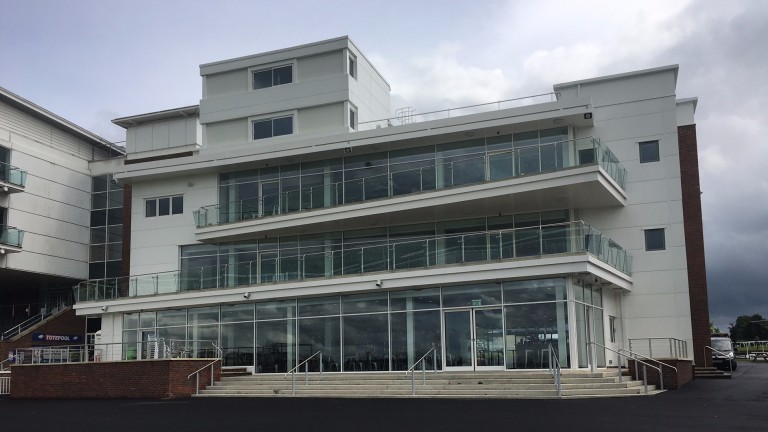 Racegoers heading to Wetherby on Tuesday will be the first to experience the track's new £3.5 million grandstand, four months before the official opening of the facility.

A year on from demolishing the old members' stand and starting work on the extension to the Millennium Stand, the first of two dry runs of the redevelopment will take place prior to the course closing its doors for the summer after the last Flat fixture on June 19.

Wetherby chief executive and clerk of the course Jonjo Sanderson said: "We're not making a big song and dance about it as we're having a formal opening at our first jumps fixture on October 18, but for the next two meetings the facilities will be open for use.

"Essentially it's fully ready and people will be able get food and drink, have a bet and watch racing in the two public bars, while the owners' and trainers' facility will also be open."

The ground floor bar has been named in memory of Henry Crossley, founding chairman of the Wetherby Steeplechase Committee, and the new facilities will be available for non-raceday events including conferences, exhibitions, banquets and weddings.

"It has been a quick 12 months and we're within ten per cent of what we wanted to spend so we're more than happy," said Sanderson. "It's been interesting having to keep racing during the project, but I think we've managed to cope with it quite well.

"We've got ideas about customer packages and what we're going to give owners and trainers and they'll be in place from October onwards."

FIRST PUBLISHED 6:00PM, JUN 5 2017
It's been a quick 12 months and it has been interesting having to keep racing during the project