Talk of the Tracks CLONMEL 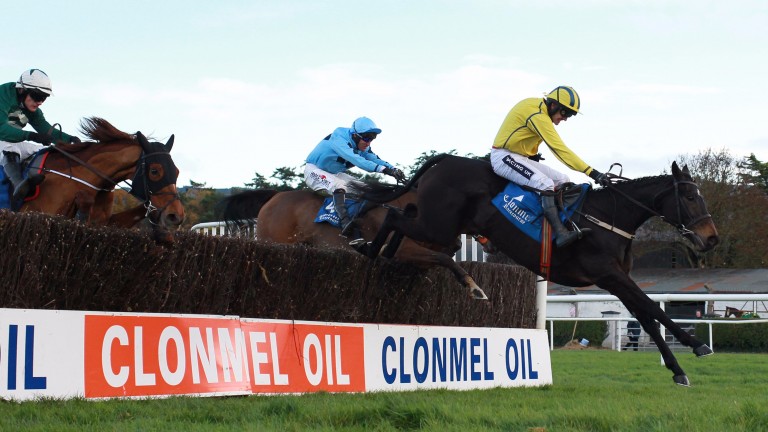 Willie Mullins admitted that Alelchi Inois needed a heavy slice of luck when scoring in the feature Clonmel Oil Chase, but both Westerner Lady and Miss Me Now went on to grind out wins on merit, bringing up the treble for the master of Closutton.

Westerner Lady was last seen finishing second behind leading RSA Chase fancy Alpha Des Obeaux at Cork prior to bouncing back to victory in the Grade 3 mares’ chase.

An early mistake at Cork left the six-year-old with a mountainous task and, while her jumping on Thursday was sketchy at times, it was a fantastic leap at the final fence that sealed the victory under Ruby Walsh.

“It took her a long time to warm up and he [Ruby Walsh] let her pop away and grow in confidence throughout the race,” Mullins said.

“I don't know what our plan is now as she has probably done more than we had expected her to do and we'll see whether we go further with her or give her a break until the spring.

“I hate stopping with them when they are winning and, if we can find another mares’ race, we will give her another run.

“I thought it was fantastic and just vintage Ruby. He made all the difference,” Mullins added.

Walsh was also impressed by the performance and highlighted the fact that he had a willing partner in Westerner Lady.

Walsh said: “In fairness to her, when Rock On The Moor came to her she picked up again and she also coped with Thanks For Tea on the rail and rallied to beat her.

“She's very tough and I was left kind of kicking myself after Cork last time as she made a mistake early and I probably should have pulled her up instead of giving her a hard race.

“Barring a miracle, she was never going to win after that mistake and we should have come here without giving her a hard race. It didn’t matter though and she did it well,” he added.

Miss Me Now went on to complete a fine treble for Mullins and Walsh when she got motoring late to take the Slan Abhaile Hurdle by more than three lengths from Sanibel Island.

“That was a big improvement from anything she has shown us so far and we will aim her at a mares’ novice after this,” Mullins said.

Davy Russell returned to Clonmel after the ban he received at the same racecourse back in September and enjoyed a double. The Cork jockey teamed up with Gordon Elliott to win aboard Veinard in the 2m3½f handicap hurdle before following up on the Charles Byrnes-trained Sea Light in the subsequent 3m handicap hurdle.

Thought for the day
Some top staying chasers such as Beef Or Salmon, Dorans Pride and War Of Attrition have inked their name on the Clonmel Oil Chase roll of honour, but the latest winner of the race, Alelchi Inois, may embark on a season of cross-country chasing following his win in the prestigious race. How times change.