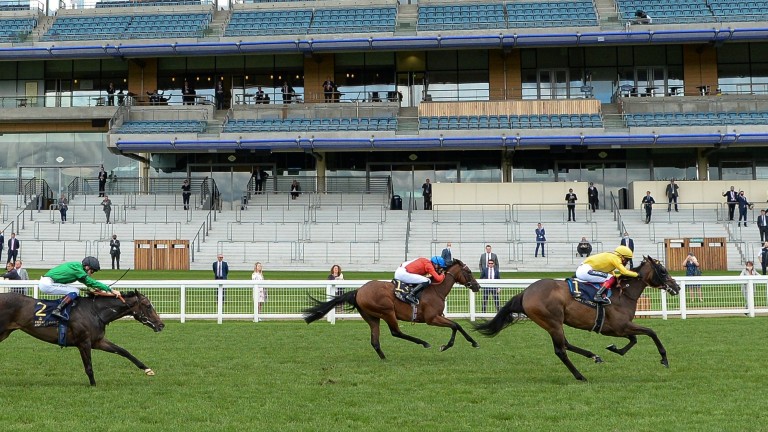 When American ace Wesley Ward knew he would have to miss his beloved Royal Ascot due to travel restrictions, he made sure his powerful team of runners were being watched over by the very best in the business.

While Frankie Dettori was booked to ride his key hopes, Kieren Fallon was responsible for working them every day on the gallops. Ward's decision to use such stars of the saddle was richly rewarded as exciting prospect Campanelle landed the Queen Mary Stakes in decisive fashion.

It was a perfect performance from the daughter of Kodiac, who was sent off at 9-2. She was placed behind the front-running Caroline Dale and, when asked the question by Dettori, found plenty to speed into the lead and hold off the William Haggas-trained Sacred.

The Group 1 Prix Morny is Campanelle's next target – the same path from the Queen Mary that Ward took with star sprinter Lady Aurelia – and Paddy Power make Campanelle a 9-4 favourite for the Deauville race on August 23. 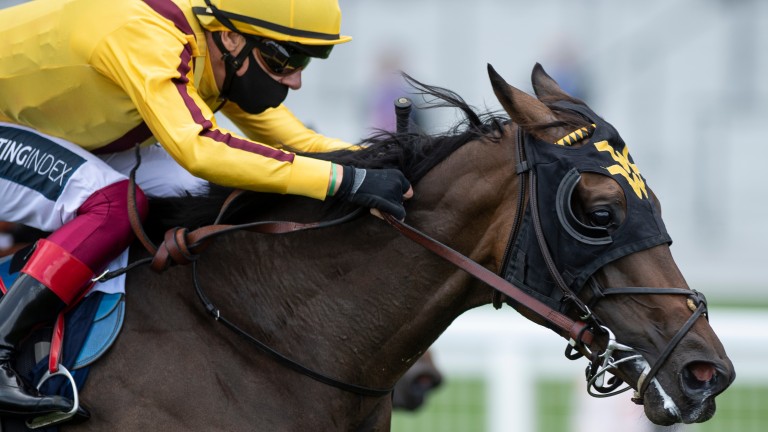 Ward, watching his fourth Queen Mary victory from afar in Florida with his staff in his yard, said: "Frankie rode such a brilliant race as he always does, and words can't describe how I'm feeling right now.

"I had such high expectations for this filly. For her to come through in the biggest two-year-old fillies' race at Ascot proves how good she really is.

"This is the biggest meeting, and where we start. We're starting to plan already for what we'll buy in a couple of months and plan our strongest team for next year."

Ward was quick to praise Fallon, who has played an integral role in getting Campanelle spot-on for her Royal Ascot test.

He said: "Kieren Fallon is a great friend and we go back a long way. He's an amazing talent, and the three horses he gets on every day, two were second and this one won so that shows how the magic in his hands translates to the racecourse and I can't thank him enough."

Frankie Dettori, riding his fourth winner of the week, added: "I'm glad I won this for Wesley because he's a good friend of mine. It wouldn't be the same without having a Wesley Ward runner in the two-year-old races. He adds some spice to the international feel of Royal Ascot – long may it continue because we need these types of horses. 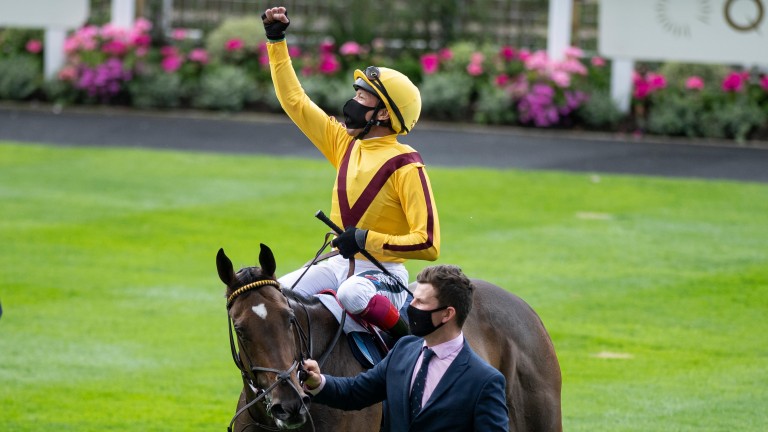 "She went as straight as a gun barrel and won very well. I was in the stalls for a very long time and she jumped a bit slow after losing concentration. She had plenty left two furlongs out and quickened very well. She's got a very sensible racing head.

"I'm so pleased he managed to win one this week because it just gives him incentive to come back next year."

Caroline Dale outran her odds of 100-1 to finish third, while favourite More Beautiful was ninth.

FIRST PUBLISHED 1:30PM, JUN 20 2020
I had such high expectations for this filly. For her to come through in the biggest two-year-old fillies' race at Ascot proves how good she really is

'Champions always find a way' - stunning Shishkin beats Energumene in epic Watch: follow Saturday's action including the Clarence House on Racing Post Live Energumene v Shishkin: the worst-case scenario is still entirely possible, folks Which horse who caught your eye today will you be backing next time? 'I was able to dictate' - Eclair Surf routs Classic Chase field for Bellamy 'I'm torn between Shishkin and Energumene - but I wouldn't rule out the others!'