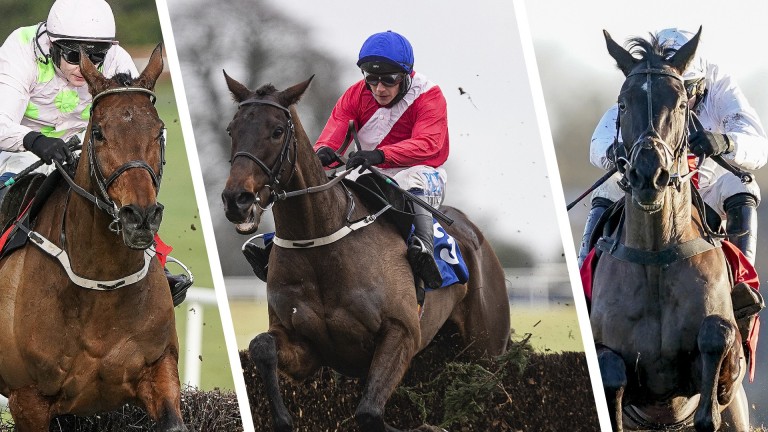 Nube Negra (right): to face off against Chacun Pour Soi (left) and Allaho at Punchestown
1 of 1
By Mark Boylan and Andrew Dietz UPDATED 8:54PM, APR 21 2021

The leading trainer, who earlier this season suggested that Willie Mullins' Cheltenham contenders were at an advantage by 'basically getting a freebie' in home races leading up to the festival, lacks no faith in the talented Spanish-bred.

"He's going over to Ireland to take them on and we're going to give it a good go," said Skelton. "It's not going to be easy but we're not frightened of anyone.

"It was a tough decision and a few different factors went into it but on balance we came out in favour of Punchestown." 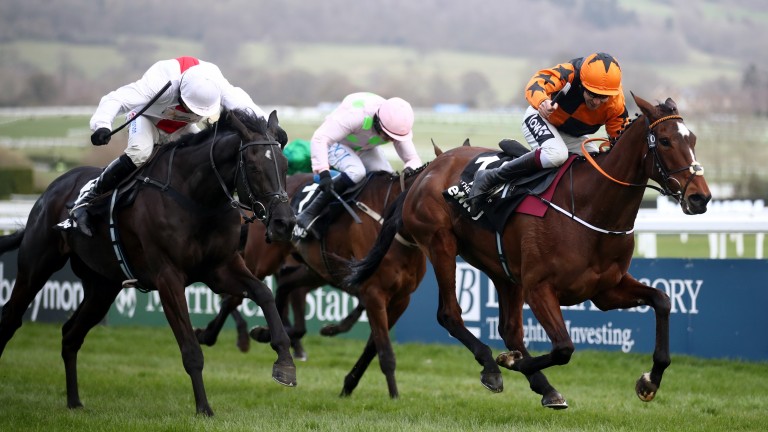 The Desert Orchid Chase winner is a 4-1 shot for the Champion Chase and joins a growing list of British-trained big guns setting their sights on the five-day extravaganza.

Epatante, Buveur D'Air, Goshen and First Flow are set to cross the Irish Sea next week along with Clan Des Obeaux, who will be supplemented for the Ladbrokes Punchestown Gold Cup.

The €250,000 Champion Chase has been a happy hunting ground for British-trained challengers, with nine of the last 22 runnings going to Britain.

Skelton added: "He's got to go and confirm his form from Cheltenham, but we think he's very, very good and that he can be at this level for a long time."

The addition of Nube Negra to the day-one highlight adds spice to an already fascinating affair, with Willie Mullins suggesting runaway Ryanair Chase hero Allaho could drop back to the minimum trip. 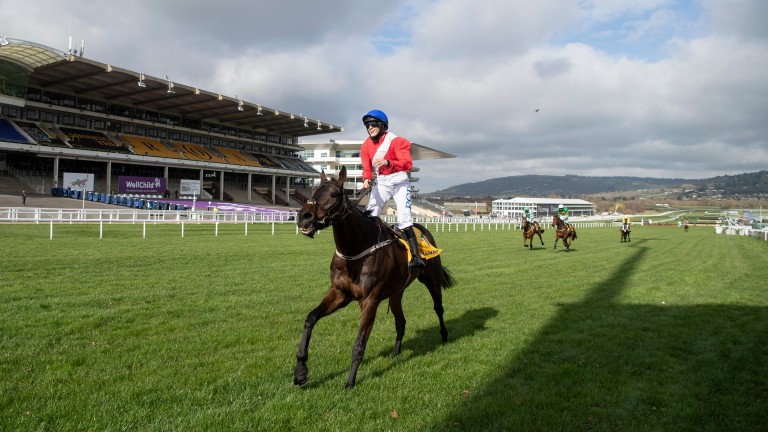 Mullins said: "At the moment I’m looking at this race for Allaho. I’d just like to see what he can do over two miles. I love horses that jump as quick as him and if you can jump that quick, usually you can come back in trip.

"We've got to ask the question at Punchestown and then we will know where we want to go next year."

Allaho could be joined by beaten Champion Chase favourite Chacun Pour Soi, who is seeking redemption after finishing behind Nube Negra and the Sandown-bound Put The Kettle On last month.

Mullins said: "I just didn’t think we made enough use of him [at Cheltenham]. Maybe our tactics just let us down, it's easy to be wise afterwards.

"I think this is the natural race for him. There will be plenty of pace on and Cilaos Emery will probably go there as well, so we'll be well represented." 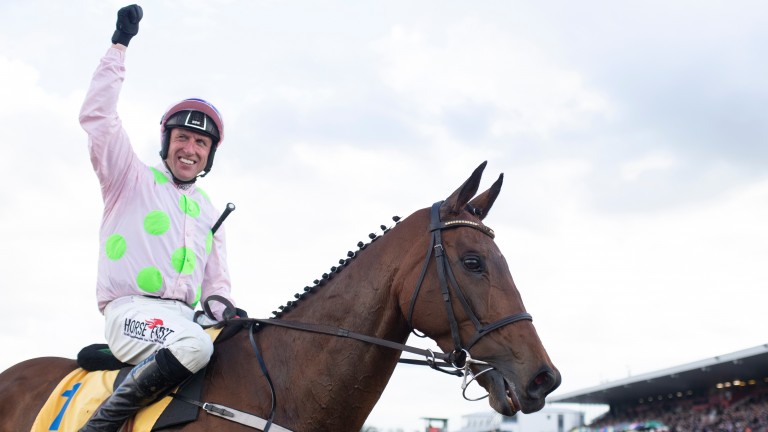 Chacun Pour Soi: won the first Grade 1 of his career at Punchestown in 2019
Patrick McCann

Chacun Pour Soi recorded the first of four Grade 1 wins in the 2019 Ryanair Novice Chase at Punchestown and is the general 5-4 favourite to get back to winning ways, with Allaho at 6-4.

Mullins has been without Paul Townend since April 4 after his stable jockey sustained a foot injury in a fall on Egality Mans at Fairyhouse.

Mullins suggested the champion jockey could be wearing a protective boot if returning in time for the meeting. He is eight winners clear of Rachael Blackmore in the title race.

Mullins added: "It is progressing but very slowly. I didn’t speak to Paul for a few days but I just told him to do what he had to and get his boots made.

"He's going to have to have a protective boot made for the leg and on the morning we are doing declarations we’ll see how he is.'"

Punchestown chief executive Conor O'Neill welcomed the likely strong British representation, and said: "It's integral to the meeting that we have overseas representation and we're delighted to see a number of runners looking to travel over this year – it's good for racing."

On the current ground conditions, O'Neill added: "The going is good to yielding. We've been watering through the dry spell and will continue as necessary. It's perfect jumping ground."

If you want more on Punchestown:

FIRST PUBLISHED 7:15PM, APR 21 2021
He's got to go and confirm his form from Cheltenham, but we think he's very, very good and that he can be at this level for a long time

Rachael Blackmore bids for more big-race glory - but this time she's on the Flat Last race off: can Willie Mullins and Ryan Moore strike with fancied Saldier? Willie Mullins names the five horses he plans to take to Royal Ascot next week Chacun Pour Soi crowned best chaser in Britain and Ireland with mark of 176 My Sister Sarah and Metaphorical contribute to Wayne Lordan's treble 'I'd dearly love to win it' - Bailey gunning for glory in memory of old friend