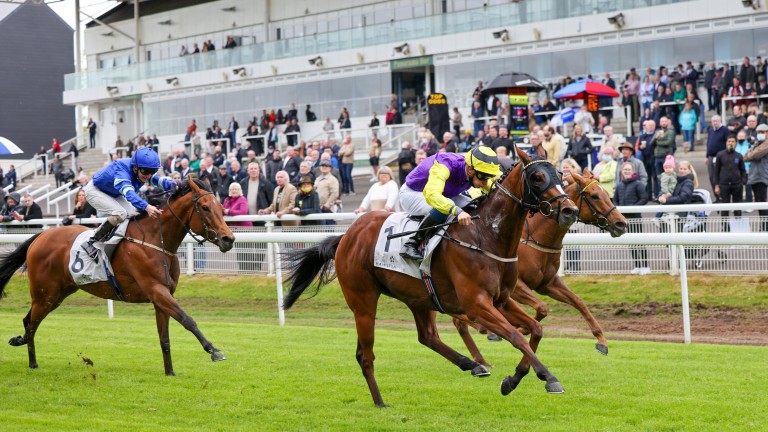 Grant Tuer's flying form in the first half of the season continued with a double on the card, headed by Illusionist's victory in the 6f handicap.

North Yorkshire-based Tuer boasts a 22 per cent strike-rate this year with his runners yielding a healthy 22-point profit from a £1 stake.

He claimed his 16th and 17th successes of the campaign to take him just four shy of his career-best tally of 21 winners, achieved in 2019.

Tuer said: "It's going really well, we're going great guns. We had our first York winner last Saturday and I'm absolutely thrilled with how it's all going."

Illusionist – who has finished fifth and sixth at Royal Ascot in the past two years – won for the first time since June 2019, while Gunnerside notched a fourth win since early April in the concluding 5f handicap.

Tuer added: "This was calmer waters for Illusionist, he found it quite tough for us last year as he never dropped in the handicap but the step up to six furlongs has helped him.

"There's a £30,000 handicap here next week and hopefully we can sneak him into that off a low weight."

Hot Team ended a three-year losing run when producing a fast-finishing success in the 1m1f handicap. 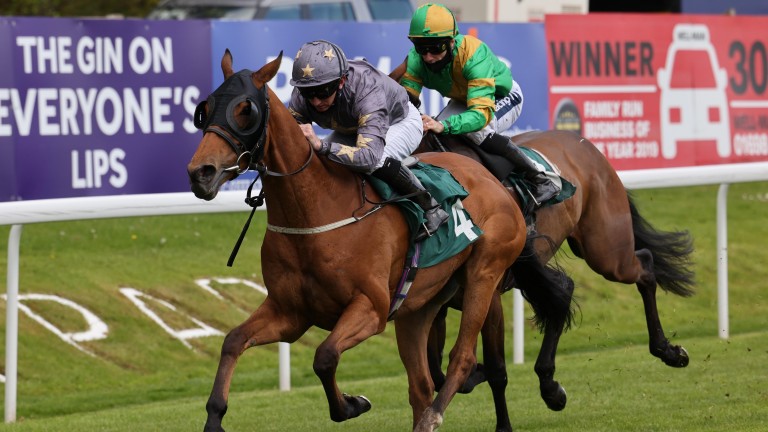 Hot Team got his head back in front with a stylish success under Paul Hanagan
John Grossick (racingpost.com/photos)

The five-year-old's last win came in a Listed contest at Bordeaux in June 2018 and he navigated his way through the field to win by one and a quarter lengths here.

Winning jockey Paul Hanagan said: "It was a rough passage but he thrived off it, I needed help in the race and he certainly gave it to me."

Force to be reckoned with

Atomic Force holds some high-profile entries in the Weatherbys Super Sprint at Newbury and Redcar's Two Year Old Trophy and he put up an impressive performance to get off the mark in the 5f maiden.