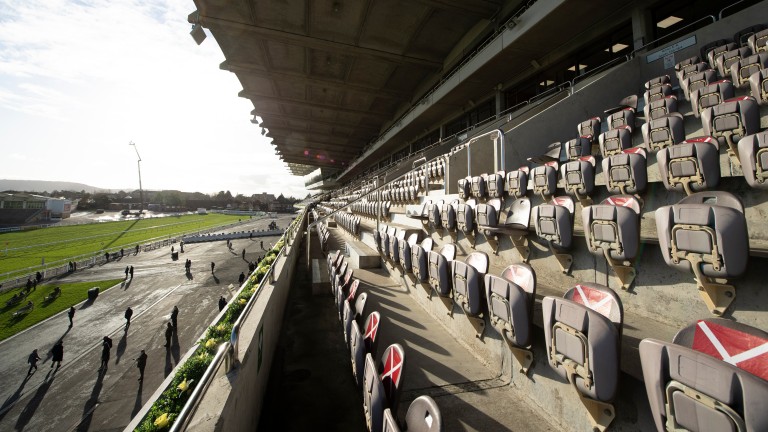 Cheltenham: forced to cancel its Festival Trials Day card on Saturday due to waterlogging
Edward Whitaker (racingpost.com/photos)
1 of 1
By James Stevens UPDATED 9:26AM, JAN 30 2021

Sandown could add the Cotswold Chase and Cleeve Hurdle to next Saturday's card with discussions ongoing between the Jockey Club and BHA on rescheduling options for the two races after the abandonment of Trials day at a waterlogged Cheltenham.

A decision on where the two Paddy Power-sponsored Grade 2s fit into the programme book is likely to be announced early next week, but it is understood Sandown's fixture – featuring the Grade 1 Virgin Bet Scilly Isles Novices' Chase – is an option.

It is an obvious choice as the only Jockey Club venue hosting jump racing next Saturday, while Warwick also has a fixture the following weekend.

Both meetings have already secured ITV coverage, which makes it more appealing than midweek dates at Warwick, Exeter and Wincanton in the coming days.

An ITV slot could prove key with a plethora of popular horses among the original declarations at Cheltenham, including Paisley Park, Native River and Santini.

But no official decision has been made with uncertainty about which of next week's fixtures will go ahead.

More rain is forecast following a week in which nine jumps fixtures have been abandoned in Britain and a BHA spokesman said: "We're currently considering options for restaging some of the races from the abandoned Cheltenham Trials day card. However, as the current picture is so changeable as regards to the continued very wet weather and which courses are going to be raceable in the coming days, it's not possible to make any definitive announcements at this stage.

"We'll provide a further update after the weekend when the situation with the weather and the condition of racecourses will be more clear." 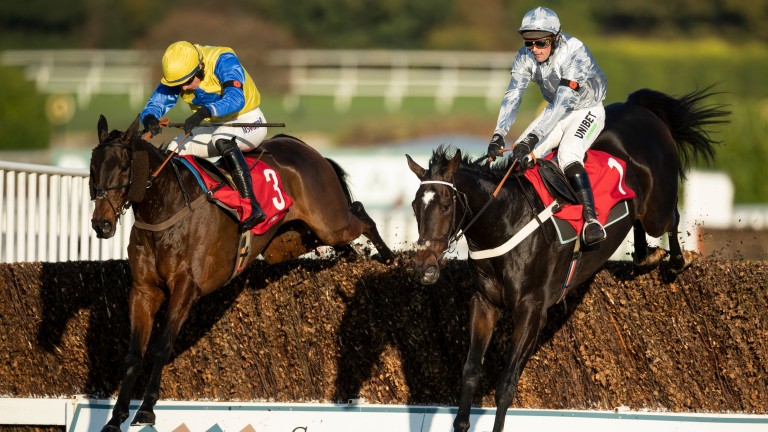 Santini (right): leading chaser had been due to run at Cheltenham
Edward Whitaker

"It's a challenge [finding races]," he said. "We're just waiting to hear whether they reschedule any of the races, which they hopefully will. I think one or two of them might be restaged and if that's the case it would be ideal for the horses who were meant to be running at Cheltenham."

Emma Lavelle also confirmed on Friday that Paisley Park would run in a rescheduled Cleeve Hurdle, although it would depend on the proximity of the race to his main target of the Paddy Power Stayers' Hurdle at the festival.

Friday's Cheltenham news means for the first time in 25 years, both of the track's January fixtures have been called off. Heavy rain on Wednesday night and in the early hours of Friday left parts of the track waterlogged – the same fate that forced the New Year's Day fixture to go. 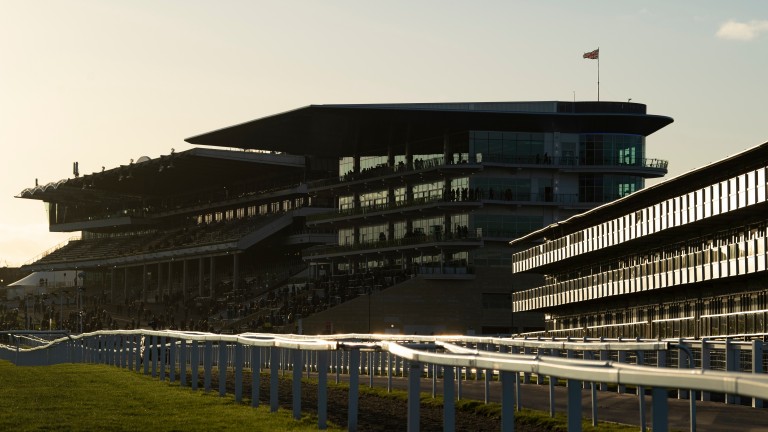 Clerk of the course Simon Claisse described the loss as a "huge disappointment" and the track will not race again until the festival, which commences on March 16.

He said on Friday: "We walked the course with the BHA senior inspector of courses who confirmed our view that – having had the additional 3mm of rain this morning – there were areas of the course that were waterlogged to such an extent that they were not raceable and there wasn't ways around them, regrettably.

"We have a sense that even without the prospect of further rainfall, we'd be struggling [to be raceable] on Saturday.

"It's of course a huge disappointment for us and everyone within racing. Our business is about staging horseracing and sadly this is the second event we've lost within a month."

ITV on Friday revealed its rearranged broadcast plans for Saturday  with four races from Doncaster – including the Irish Thoroughbred Marketing Lightning Novices' Chase (1.30) involving the exciting Shishkin – while three races will be shown from Lingfield.

The racetimes have been adjusted from tracks with the races delayed by five minutes while the Lightning Novices' Chase will be run ten minutes later.

Fairyhouse will inspect at 7.30am on Saturday for racing later that day, while on Friday Hereford's Monday fixture fell victim to the rain, with Uttoxeter also abandoning on Sunday because of waterlogging.

Uttoxeter's acting clerk of the course Charlie Moore said: "We've been hopeful all along but we always needed luck – which we've run out of after another 10mm of rain last night.

"There's just not enough encouragement in the forecast that things will improve and it's not realistic to ask people to hang on for a Saturday or Sunday inspection."

Doncaster
Soft, good to soft (in places)
Outlook: Clerk of the course Roderick Duncan said: "I consider that there's a further chance of easing, it hangs on how accurate the current forecasts are and on them I think soft, heavy in places is where I potentially see the ground being."

Naas
Heavy
Outlook: Inspection at 3pm on Saturday. Unsettled forecast with up to 30mm (approx) of rain prior to racing.

Sedgefield
Heavy
Outlook: 11 mm of overnight rain, some light drizzle forecast throughout the day on Friday. Dry over the weekend.

Warwick
Heavy, standing water in places
Outlook: Continued risk of showers through to Saturday. Sunday looks largely dry and cool before a return to mild conditions with further spells of rain early next week.

'It wouldn't be Cheltenham' – Gemmell hopes owners can attend in March

FIRST PUBLISHED 8:22AM, JAN 29 2021
I think one or two of them might be restaged and if that's the case it would be ideal for the horses who were meant to be running at Cheltenham