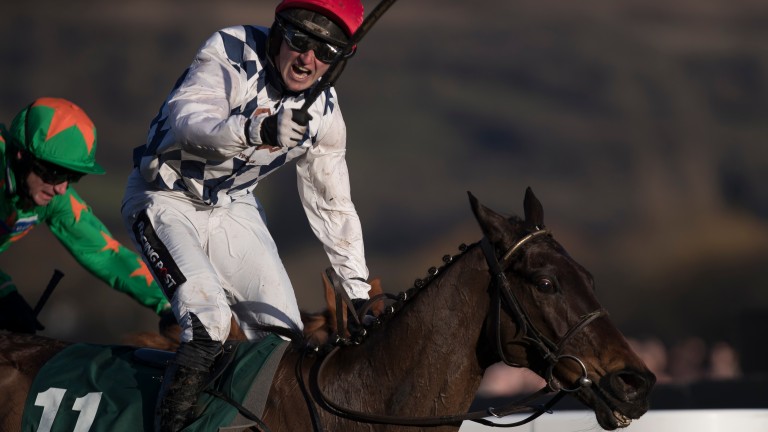 Competition between father and son is the fiercest of all. Patrick Mullins will tell you.

The amateur rider levelled the scores – although not literally – with father Willie Mullins by steering the Ronnie Bartlett-owned Rathvinden to victory in the National Hunt Chase in a pulsating finish with ultra-tough mare Ms Parfois.

That sealed a 54-1 treble for the Closutton trainer, who rode Hazy Dawn and Macks Friendly to four-miler glory for his father Paddy in the 1980s, while Patrick’s other winner in this race came on Back In Focus, trained by his father. Racing really is a family affair. 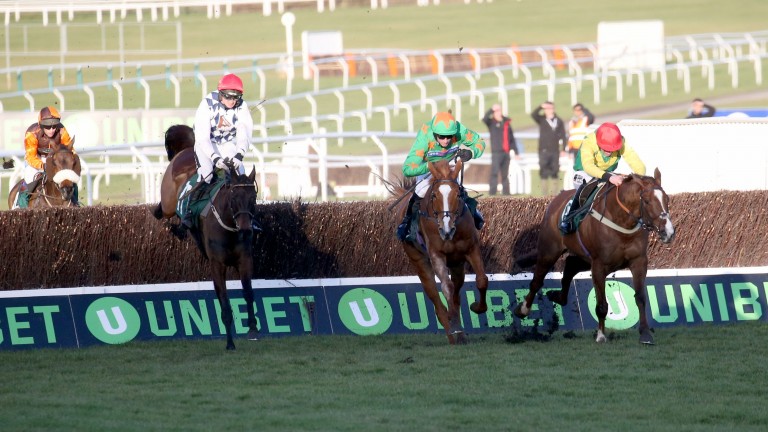 Mullins was suspended for six days for his use of the whip in the closing stages, but his overriding emotion was without doubt elation after ending a five-year wait for a festival winner.

An overjoyed Mullins said: “It doesn’t get better than crossing that winning line in front. For us to enjoy a hat-trick on day one is fantastic – it just takes the pressure off the rest of the week.

“Four miles on that ground, which is the heaviest I’ve ridden on around here, made it attritional and Rathvinden relished it.

“It’s extra special to win this race considering our family’s record – I’m now level with my father. I just need one more, and I’ve got a few years to achieve that hopefully!”

Lizzie Kelly had spoken earlier in the day of the psychological battle of riding at the festival, and Mullins continued the theme.

The winning rider said: “When you’re younger you don’t quite appreciate how tough it is here. I had three or four festival winners early on in my career, but when you miss out for a few years it certainly enters your head.

“I come here with three or four nice rides every year but it’s just so hard to get on a winner. People see us having lots of winners here, but for every one that wins there are eight or nine that are beaten. 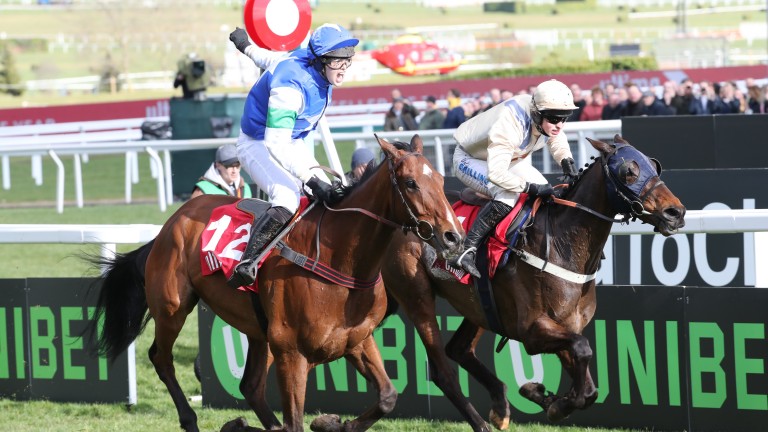 “You don’t get to ride around here for too many years so you have to take advantage when possible. To ride a winner here is priceless.”

There was concern regarding Rathvinden, with Mullins jumping off quickly after the finish, but he was reported fine after suffering from exhaustion. Plenty of buckets of water helped to get him back on an even keel.

Sadly, however, there was a fatality with Gigginstown House Stud's Mossback, trained by Gordon Elliott, fracturing his right shoulder.