Well-backed More Of That favourite for virtual National 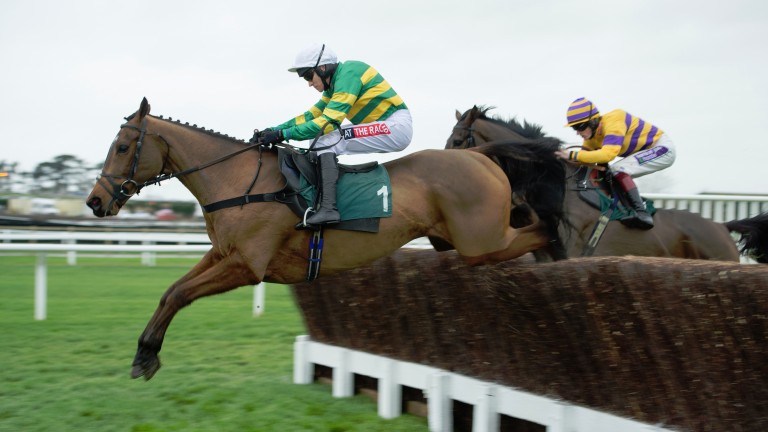 More Of That: Jonjo O'Neill's charge is favourite to take out the virtual Grand National on Wednesday
Edward Whitaker
1 of 1
By Conor Stroud 1:50PM, APR 7 2017

The Jonjo O’Neill-trained More Of That has attracted support for the Randox Health Grand National and has been backed into 8-1 favourite for the virtual equivalent which will air on ITV4 at 8pm on Friday.

The 2014 World Hurdle winner will be ridden over the National fences by the returning Barry Geraghty and is a 12-1 shot for Aintree glory with Paddy Power, but is at the head of the market to win the virtual event in its first running.

The virtual race, which was being recorded on Wednesday at Aintree, has been produced using computer-generated imagery (CGI), and will predict the winner of the race using various complex algorithms.

Paddy Power spokesman Paul Binfield said: “There’s been plenty of movement in the market, with More Of That being trimmed into 8-1 now. We are expecting it to be a buoyant market, with it being a Friday night on ITV4.

“When we found out it was happening, we sent the race to our analytics department who looked at all the scenarios, and most likely winner. That is how we came up with the odds.”

Racing UK will sponsor the Leading Rider Award at the Grand National Festival, and Barry Geraghty is best priced 4-7 to win the title ahead of Richard Johnson at 10-1 and Nico De Boinville at 12-1.

In conjunction with Aintree Racecourse, the leading jockey will collect £1,500 while £500 goes to the leading conditional.

If you fancy a Gordon Elliott-trained winner of the Grand National like Silver Birch back in 2007, you can get odds of 11-2 with Paddy Power for one of his squad to succeed.

Other Paddy Power specials include ‘all horses to clear the first fence’ which is a 5-4 shot, and Gigginstown to own the winner again at 9-1.