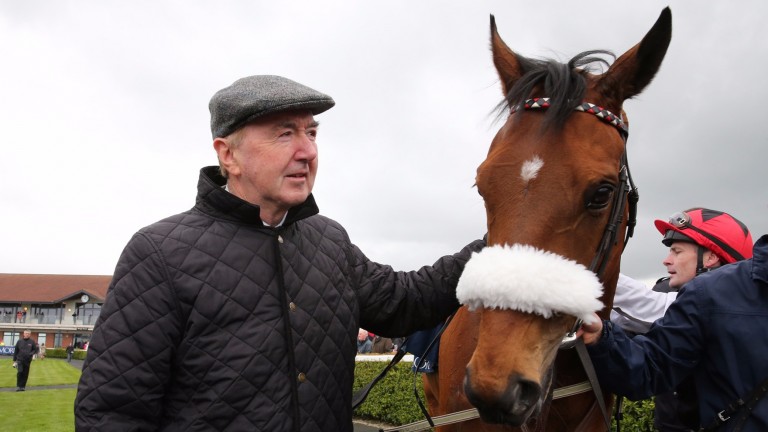 Dermot Weld with Forgotten Rules, who runs in the Listed Prix Denisy at Saint-Cloud
CAROLINE NORRIS
1 of 1
By Tony O'Hehir 3:01PM, NOV 12 2016

Dermot Weld, Pat Smullen and owners Moyglare Stud are on the trail of Listed-race success in France and Germany this weekend. Forgotten Rules is first into action in the Prix Denisy at Saint-Cloud on Saturday and Joailliere runs in Dortmund on Sunday.

Forgotten Rules has raced only twice this season, finishing second in the Loughbrown Stakes at the Curragh in September and then seventh in the Long Distance Cup, a race he won in 2014, at Ascot last month.

Weld said yesterday: "Forgotten Rules ran very well at the Curragh considering he'd been off the track for almost a year, but the ground was too quick for him at Ascot last time.

"He'll have the soft ground he relishes in France and the trip of just short of two miles will suit him well.

"He's in good form and is the second highest-rated of the 11 runners. Nahual, one of the French runners, is rated 2lb above him and looks the obvious danger. The plan is to keep Forgotten Rules in training next year."

James Fanshawe is represented by four-year-old filly Return Ace, a three-time winner who will be running at Listed level for the first time, while Sandro Botticelli, who won the Coral Marathon at Sandown in July, represents John Ryan. 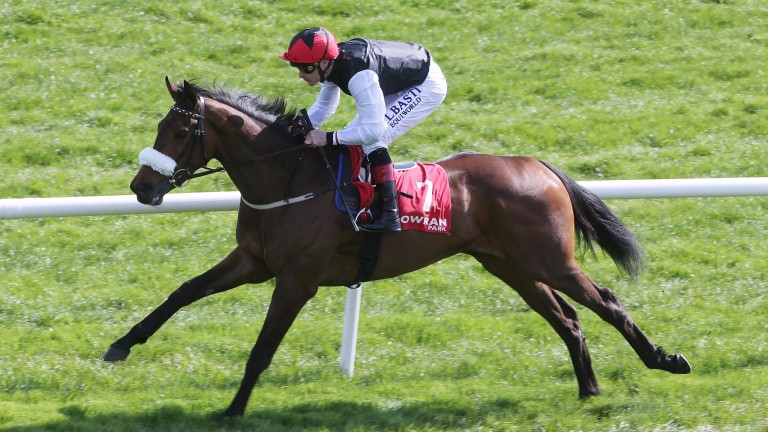 Fourteen have been declared for Sunday's Listed race in Dortmund, the German Owners and Breeders Sprint Trophy over 7f, including Weld's Joailliere.

"I'll be there in person," said Weld, "together with Moyglare Stud owner Eva-Maria Bucher-Haefner. "Joailliere is running at Dortmund because of the going; she needs it really soft, which is what they have, and the long dry spell in Ireland has meant I couldn't find a suitable race for her at home."

Weld has had only two runners in Germany in the last ten years and both of them finished second, but Joailliere looks to have a good chance of going one better.

FIRST PUBLISHED 5:29PM, NOV 11 2016
Forgotten Rules will have the soft ground he relishes in France and the trip of just short of two miles will suit him well

Frances Crowley: 'We still feel Pat's here and that's been a big help' Arc favourite Tarnawa 'in great shape' despite Dermot Weld worries A champion clash to truly savour as Irish racing opens its doors a little wider Town Moor on high alert as Hurricane Lane threatens to sweep all before him Haparanda takes advantage of a good opportunity in Oyster Stakes Saturday blockbuster set to showcase the best of racing - ITV host Ed Chamberlin