The Frankie Yankee: all you need to know about Dettori's four rides 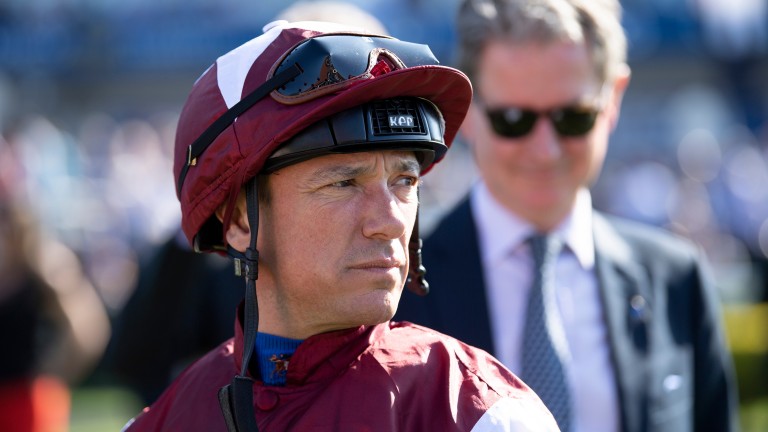 Frankie Dettori: is on his way to Killarney for the first time on Wednesday for four rides
Edward Whitaker
1 of 1
By David Jennings UPDATED 7:50AM, JUL 17 2019

What the trainer says: "If Frankie can get this filly to win around Killarney from way out in stall 14 of 15 it will be some achievement. It would almost be one of his career highlights! She's a nice filly but she is what she is and it will not be easy from out there, I'll tell you." Dermot Weld

Spotlight comment: Daughter of Falmouth Stakes heroine Timepiece refused to load on Naas debut before 6-4 favourite at Gowran in May when failing to set the world alight; step in the right direction at Leopardstown last month when staying on well for second behind Morpho Blue, shaping like this trip would suit her well; bound to be popular with Frankie Dettori in the saddle; first-time visor.

Verdict: Would have been a hot favourite but for the draw so preference is for Romantic Proposal, who could have her measure. Looks sure to be in the shake-up, though. 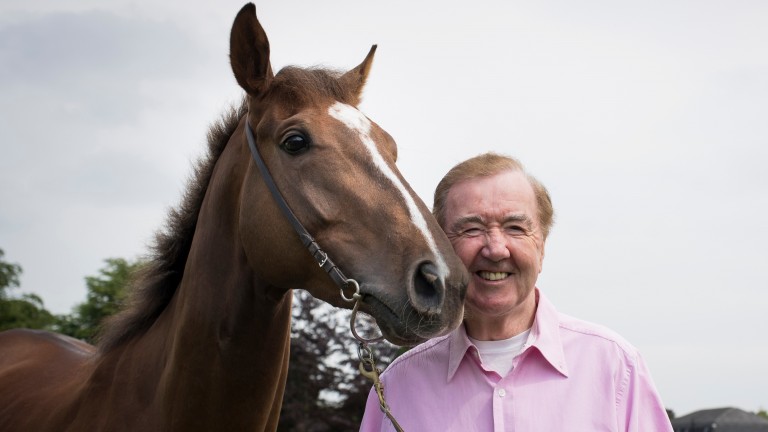 Dermot Weld: says getting Frankie Dettori to Killarney was a masterstroke by the course committee
Patrick McCann (racingpost.com/photos)

What the trainer says: "This was a logical place to come as he won his maiden around Killarney. This is a much more competitive race than the maiden he won at Killarney, though, so it won't be easy. He goes there with a chance." Dermot Weld

Spotlight comment: Produced smart performance to win mile maiden here in May, with rider praising the performance considering this four-year-old "didn't really handle the track"; never had clear run at Limerick when trying to improve from behind and wasn't given a hard time; leading player now.

Verdict: A small field but a select one, and Mujid will need to up his game after a lacklustre Limerick effort in his first handicap last month. Tony The Gent and Turnberry Isle might have his measure.

What the trainer says: "She wouldn't want too much rain. She's meeting Ger Lyons' filly [Viadera] all wrong from their clash at the Curragh, but we are hoping for a good run and having Frankie on board is obviously a nice boost." Fozzy Stack

Spotlight comment: Well-beaten in Derrinstown 1,000 Guineas Trial at Leopardstown but gave Viadera most to think about in premier fillies' handicap at the Curragh when in receipt of 16lb (excluding excellent apprentice's 7lb claim); looked set to struggle on ratings when thrown into Group 3 International Stakes last month but ran a cracker in fourth, not getting clear run; now rated equal to Viadera and Dettori takes over.

Verdict: Couldn't beat Viadera in a Curragh handicap when in receipt of 23lb, so big ask now off level weights. Ratings suggest she has every chance and boasts solid place claims. 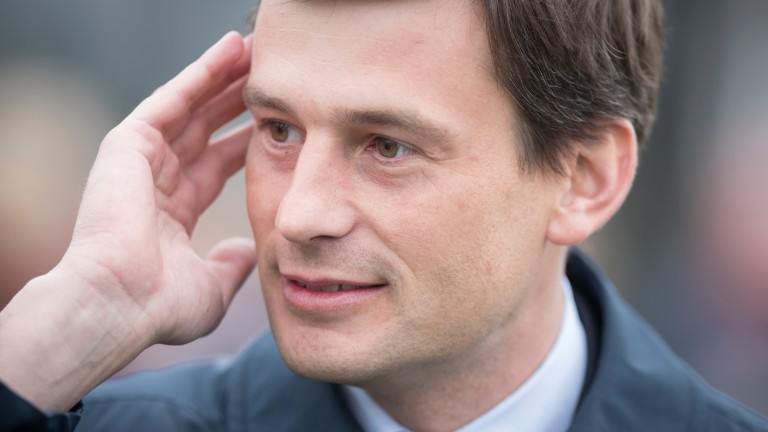 Fozzy Stack: provides Dettori with one of his four rides
Patrick McCann

What the trainer says: "He's improving and has won two of his last three, he just couldn't peg back the winner at Naas. He is back against three-year-olds now and I would like to think he has every chance. I just hope the jockey doesn't mess it up!" Johnny Murtagh

Spotlight comment: Has really found his feet this season, coming into his own with reapplication of a hood, and benefited from a Colin Keane special to get off the mark at Gowran in early June; went in again off 4lb higher at Down Royal, defying very high draw, before second at Naas (1m2f) when up 8lb; extra distance will help now, although handicapper has given him another 4lb to handle.

Verdict: On a roll right now and just missed out on completing a hat-trick at Naas. Likely to be sent off favourite but Defining Battle might have been let in lightly off 77 for his handicap debut and gets the nod.

FIRST PUBLISHED 6:00PM, JUL 16 2019
If Frankie can get this filly to win around Killarney from way out in stall 14 of 15 it will be some achievement