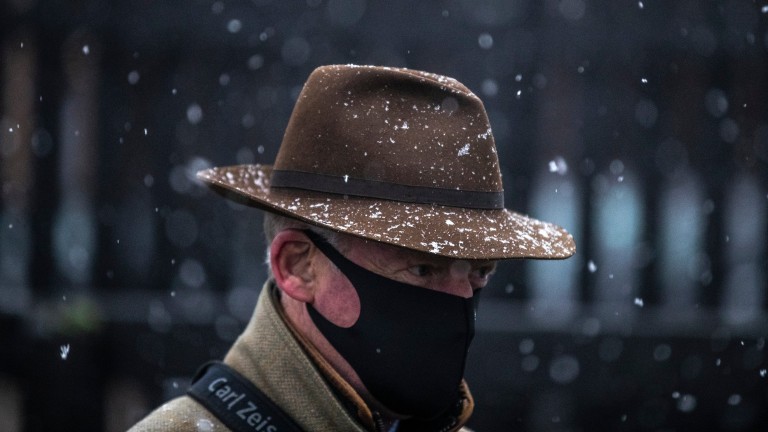 Willie Mullins: will be solely represented by Blue Lord in the Lawlor's Of Naas Novice Hurdle on Sunday
Patrick McCann
1 of 1
By Brian Sheerin UPDATED 9:05AM, JAN 6 2021

Willie Mullins is not known for making his mind up early but has already reduced his options to one for the first Irish Grade 1 of the year by leaving only Blue Lord in the Lawlor's Of Naas Novice Hurdle at Naas on Sunday.

A taking winner of a maiden hurdle at Punchestown in November, Blue Lord has improved significantly for that initial outing ahead of the 2m4f contest according to his son and assistant trainer Patrick.

"We were very impressed with Blue Lord at Punchestown. We think there's a lot of improvement to come from him," he said. "He's a horse who will jump a fence in time but we think Grade 1 is the sort of level he is up to and it will tell us more."

Mullins added: "He came to us very well-schooled and he has always jumped well at ours. It's a big step up but that's the way the programme is in Ireland. You're only taking on horses with one or two more runs so that's not a major worry."

Gordon Elliott is mob-handed in his attempt to win the race for the third year in succession after he was successful with Envoi Allen last season and Battleoverdoyen in 2019.

Henry de Bromhead could be represented by Bob Olinger, who got off the mark over hurdles in impressive fashion at Navan last month, while Jessica Harrington has left in Grade 2 winner Ashdale Bob along with Crosshill. 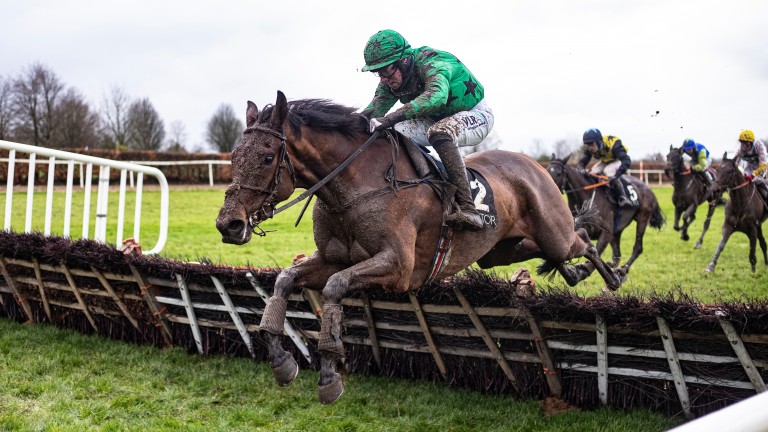 Ashdale Bob: Grade 2-winning novice hurdler could step up to the highest level at Naas on Sunday
Patrick McCann

Harrington's daughter and assistant Kate said: "Ashdale Bob will do a bit of work on Wednesday and we'll decide if he'll go to Naas or not. We dropped Crosshill back to two miles the last day and I think we got the tactics wrong on that occasion. The step back up in trip will definitely suit.

"We are very happy with him as well. Again, he will work on Wednesday and we will make a decision then on whether he will run or not."

Much ado 'about' nothing? Tramore defends criticism of race distances

FIRST PUBLISHED 7:57AM, JAN 6 2021
It’s a big step up but that’s the way the programme is in Ireland. You’re only taking on horses with one or two more runs so that’s not a major worry