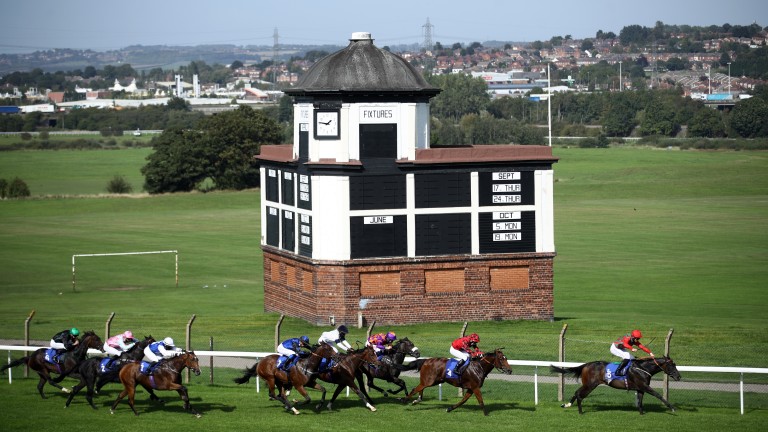 Although just seven runners go to post for the Silver Tankard, this year's edition of the juvenile feature of the year at Pontefract looks well up to scratch.

The top-rated Naamoos sets the standard on official figures thanks to a mark of 94 and couldn't have been more visually impressive when winning a Beverley novice event last time by a whopping 17 lengths.

He beat very little that day but barely turned a hair and will be suited by the step up to a mile. Although that came on good to firm ground, his sire Wootton Bassett has a 23 per cent strike-rate with his progeny on soft and Naamoos' half-sister Padovana also broke her maiden on an easier surface.

The two other colts in the race – Pythagoras and The Rosstafarian – boast completely different profiles. The former looked a horse to keep on side when hacking up at Ripon on his penultimate outing, but pulled very hard last time and would be vulnerable if doing that again.

The Rosstafarian is the big improver in the race and seemed to relish good to soft ground when recording a four-and-a-quarter-length victory at Salisbury this month. He's extremely highly regarded and could be a class above these.

Of the fillies, Mystery Angel is the proven quantity with a rating of 93 after four starts, two of which were wins.

She brings the best form to the table courtesy of a Newmarket nursery strike, but that came against her own sex and she was beaten a fair way in her first start against the boys last time in the Zetland Stakes, as was fifth-home Roseabad.

Mystery Angel also holds Iconic Queen on form, while maiden Percy's Pride looks to be up against it in this field.
Race analysis by Tom Collins

Tom Palin, racing manager for Middleham Park Racing, owners of The Rosstafarian
He was visually impressive at Salisbury and the time was good too. We went there expecting a decent showing and we couldn’t fault him. We thought about putting him away for next year after that, but he’s in such good order that we’re going again. We entered him in a Group 1 in France but decided that was a big step and thought this looked a nice halfway house to find out how good he is. Hugo [Palmer] has sent us videos of him working very well and James [Doyle] has been riding him, so we were keen to maintain the partnership. It looks a decent race but we’re hoping he can prove himself a very nice prospect for next year.

George Boughey, trainer of Mystery Angel
She's come out of the Zetland in good form and I'm hoping she'll run very well. She'll like the cut in the ground, she stays well and the stiff mile at Pontefract will suit. She's easy to train and an improving filly.

William Knight, trainer of Percy’s Pride
She ran really well on debut and the form has been franked. It’s a shot in the dark but she’s well bred and it’s a good opportunity to try and get some black type. She’ll stay the trip well and will like the soft ground.
Reporting by Jack Haynes

FIRST PUBLISHED 6:00PM, OCT 18 2020
It looks a decent race but we’re hoping he can prove himself a very nice prospect for next year