More To Read MANY CLOUDS 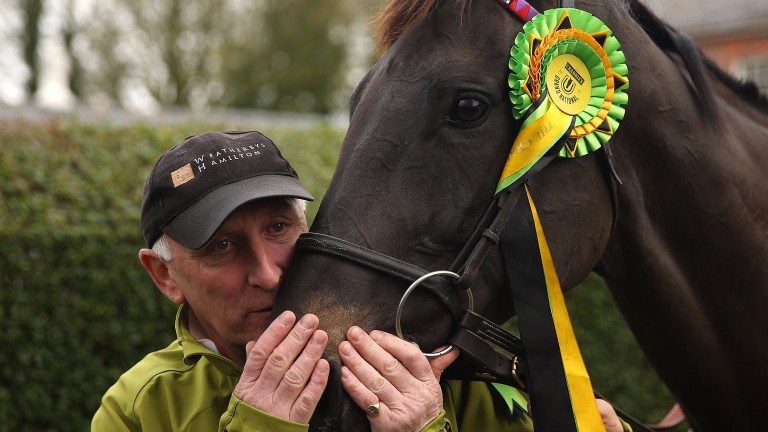 We came to Cheltenham on Saturday expecting to salute the sport's latest conquering hero. Instead tears flowed freely in an atmosphere of palpable despair as an old champion was carried out upon his shield, a victim of his own indefatigable will to win, unbowed to the very last.

Many Clouds will be remembered by many as the greatest Grand National winner since Red Rum, a horse who excelled in the blood and thunder of jump racing at its most raw and demanding. He died, of a suspected heart attack, moments after what was arguably the finest performance of even this most illustrious of careers – a performance filled to the very brim with the courage and conviction that were this old-fashioned chaser's calling card.

This was supposed to be the Cheltenham coronation of Thistlecrack as the Gold Cup winner in waiting. The exceptional King George winner was bulletproof, a near-certainty we thought, but all that reckoned without a horse who always seemed to regard defeat as an affront and was prepared to run his very life out to avoid it.

"He's the horse of a lifetime," said his trainer Oliver Sherwood. "He died doing what he loved – jumping and racing. By God, he wanted to win that race."

This track has seen many titanic tussles over the decades but few to match the duel that developed between Thistlecrack and Many Clouds. After three gruelling miles in soft ground they came to the last locked in combat, two horses brilliant and honest, to settle the score on the hill that is this sport's well-worn path to glory.

Sherwood once said Many Clouds would go over a cliff for his rider and on that famous run-in he gave his old ally Leighton Aspell the performance of a lifetime. Never has a horse so obviously refused to bend. Head down, flanks heaving, eyes aflare, he dug and dug and dug. He would not be passed, he could not be passed. 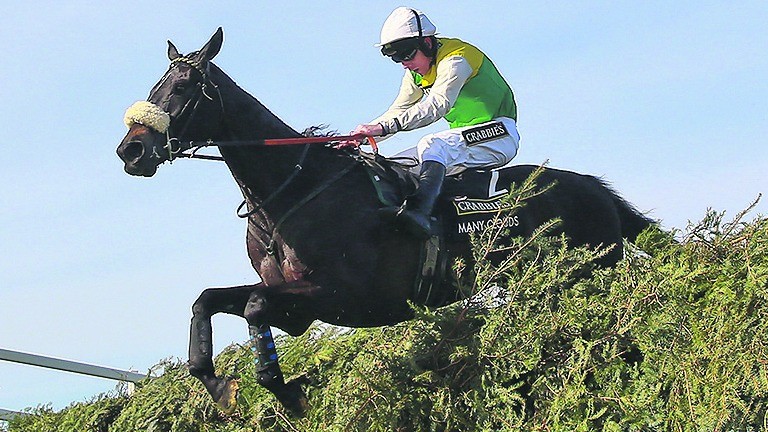 Many Clouds on his way to his great weight-carrying win in the 2015 Grand National
Mark Cranham (racingpost.com/photos)
Adulation turned swiftly to despair. Many Clouds, who immediately after his 2015 National win had to be dismounted and doused with water such was the level of his exertion, had again run too hard for his body to stand. The screens went up. Everything that could be done for him surely was. But then the news no racing fan ever wants to hear came over the public address.

In the Cheltenham winner's enclosure, where thousands had gathered to cheer Many Clouds to the rafters, a powerful silence fell instead, its stillness punctuated only by isolated sobs.

Men and women stood lost in their thoughts: perhaps recalling Many Clouds' 2014 Hennessy, in which he first advertised to a wide audience his astonishing fortitude; perhaps the Grand National, in which he carried more weight to victory than any horse since Red Rum; perhaps simply reflecting upon this emotionally punishing sport, which in one afternoon can encompass despair and glory and everything inbetween. 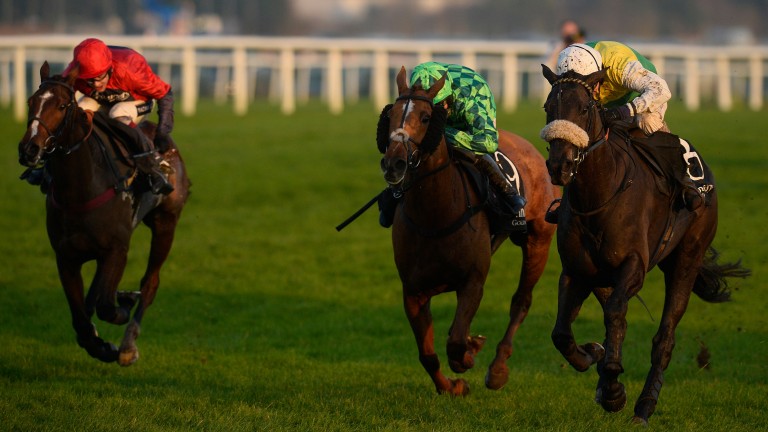 Many Clouds (right) announces himself on the big stage with his 2014 Hennessy triumph
Alan Crowhurst
On days like this those who do not understand racing will question whether it is all worth it, or wonder how racing fans can express so much sadness at the loss of a horse in a world that has so much human misery. It is hard to explain why it makes sense to us, but anyone who was watching the racing at Cheltenham would understand. It is about how freely the best of these animals give their all for us, and never more frequently than at this remarkable racecourse.

Nothing is simpler for someone who has long known Cheltenham than to evoke the names and spirit of its past. The crowds and grandstands change, the horses change, but the turf is enduring and the vast stillness of Cleeve Hill acts as a timeless sentinel watching over the sweep and tumble of a racecourse awash with memories of the men and horses who have been swept to victory on a tide of adulation.

It has seen Arkle, Desert Orchid, Kauto Star and Dawn Run. Sir Anthony McCoy, Richard Dunwoody, Ruby Walsh and John Francome. The great titans of the sport, names shining through the dark fog of time like torches in the night. It has seen triumph and tragedy, ecstasy and agony; every human emotion has been wrought here – and who knows what animal ones.

What draws us back here, perhaps more than anything else, more even than the camaraderie and the freedom from everyday cares, is the promise of seeing the first draft of history in the writing. Sports fans are drawn to it as adventurers are to the unknown. It's what produces that fluttering in the stomach as the turnstiles click through, as the runners assemble far in the countryside and a distant figure raises a flag and anticipation gives way to expectation.

The Cotswold Chase was supposed to be Thistlecrack's turn to be anointed a great in the crucible of Cheltenham. Instead, expectation was replaced by mourning as Many Clouds gave to us his last full measure of gallantry. In turn, we will give him all that we can: we will not forget him.