Brian Kavanagh: "That's the sort of figure that was predicted, so it's gone well in that respect.”
Patrick McCann (racingpost.com/photos)
1 of 1
By Richard Forristal 5:59PM, NOV 21 2017

The reconvened anti-doping task force will be chaired by Colm Gaynor, a former chief veterinary officer in the department of agriculture who held the most senior veterinary position in the land during the foot and mouth crisis of 2001.

Set up by Horse Racing Ireland and the Turf Club and comprised of a cross-section of 16 racing and breeding industry figures, the anti-doping task force published various recommendations in its February 2016 report before being disbanded a year ago.

Apart from Dr Lynn Hillyer’s appointment as the Turf Club’s chief veterinary officer and head of anti-doping, progress on many of the report's other recommendations has stalled.

The main stumbling block in the implementation of its directives has been an impasse that hinges on breeders and sales companies not being licensed by the Turf Club.

As such, the regulator has no jurisdiction over them and is therefore powerless to gain access to implement its out-of-competition testing procedures.

Breeders, via the Irish Thoroughbred Breeders’ Association, had initially sought a seven-day notice period, although it subsequently agreed to reduce the timeframe.

However, any notice period undermines the prospect of a truly robust anti-doping policy, and in the autumn HRI became directly involved in an effort to thrash out an agreement that would be acceptable to all involved.

Negotiations failed to result in satisfactory treaty and, following a HRI board meeting last month, the Racing Post revealed that the task force was being reconvened.

The Turf Club’s senior steward Meta Osborne had chaired the task force initially but recommended that a new, independent chair be appointed in an effort to move the process on.

After consultations between Osborne, HRI chief executive Brian Kavanagh and chairman Joe Keeling, Gaynor has now been elected as her successor. 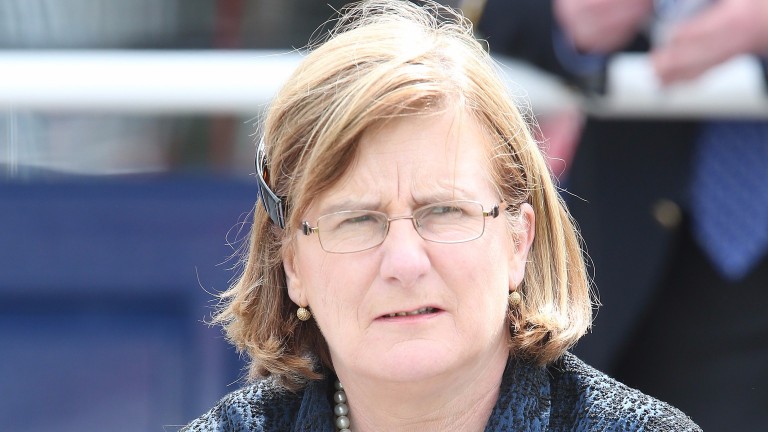 A director with the greyhound racing industry’s semi-state ruling body Bord na gCon, Gaynor was at the helm in the agriculture department during one of the most challenging periods for the sector in recent times.

The Irish authorities received widespread praise for the manner in which the 2001 foot and mouth outbreak was handled here, and Gaynor would have been at the forefront when decisive leadership and knowledgeable management of the situation led to strict government policies that minimised the impact of the outbreak in Britain on Irish farmers.

Similar attributes will doubtless be required to break the deadlock that currently exists in the quest to ensure the Irish thoroughbred industry is as clean as it might be.

Formerly a member of the European Medicines Agency and of the old National Drugs Advisory Board, Gaynor was a director of the European Commission’s food and veterinary office and is also now chairman of the Scientific Advisory Committee on Animal Health and Welfare.

“He is a good choice and we are lucky to get him,” Kavanagh said of Gaynor’s appointment.

He added of a likely timeframe: “We hope to gather the task force for a meeting on December 11. In the normal course of events, we’d look to have a programme of two or three meetings at intervals of a fortnight each, but whether that is feasible now with the Christmas break remains to be seen.”