'We are fighting tooth and nail': Coolmore opposes coal mine opening near stud 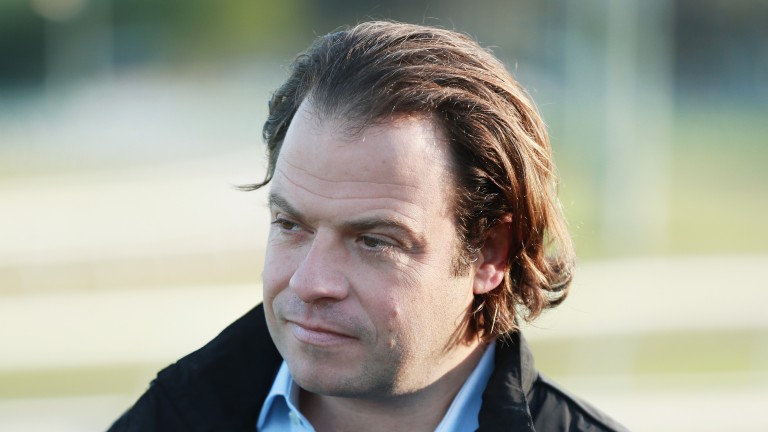 Tom Magnier: has not ruled out moving Coolmore Australia to Victoria
Mark Evans/Getty Images
1 of 1
By Ryan Reynolds/racing.com 10:48AM, NOV 19 2020

Coolmore Australia will fight a proposed coal mine opening close to its Hunter Valley property in New South Wales with everything it has, according to principal Tom Magnier.

The breeding giant is set for a fifth battle to stop the coal mine, after successfully stopping it four times when it was under different ownership. A decision is expected late next month.

Magnier, the eldest son of John Magnier, said Coolmore was not the only farm impacted by the Maxwell underground mine, with some of Australia’s leading studs, such as Darley Australia and Yarraman Park, home of top stallion I Am Invincible, also under threat.

"For over ten years, Coolmore has had a coal mine across the road we have been trying to stop happening. That mine has been stopped four times, it has then been sold to a company called Malabar and they are now trying to do another mine," Magnier told RSN927.

"We are defending it with all that we have. It's an underground mine this time, but there's no difference to the threat to our farm. We've raised Winx on this farm. The Hunter Valley is exceptional."

Coolmore Australia stands the likes of US Triple Crown winners American Pharoah and Justify, along with Saxon Warrior, Churchill, Magna Grecia and Pierro, among others, and Magnier would not rule out a shift to Victoria if they were unsuccessful in their bid to stop the mines.

"I'm not going to lie to you, there've been people in Victoria saying to us that if you come to Victoria, we will help you," he said. "I've got my head down and trying to fight this, as Godolphin are, as all the stud farms up here are.

"We are fighting tooth and nail, but it might come to that stage where people can't fight anymore. I don't think there's a need for anymore [coal mines]. We need to protect the industry that we have."

Ruby Walsh: Faugheen's first defeat was my fault - I was trying to be too clever The Punting Club: submit your questions ahead of the weekend's Classic action 'The meeting was sure to be off. We were only coming here to have lunch' 'It's the dream more than ever now' - Menuisier eyes Arc with royal winner New Sky Bet Sunday Series to offer £200,000 in bonuses to owners and jockeys 'His trainer has won the last three Cesarewitches and he looks an ideal type'
Bookmaker
Price
E.W. Terms
bet365
Open Account
Ladbrokes
Open Account
William Hill
Open Account
Coral
Open Account
Paddy Power
Open Account
Betfair
Open Account
Sky Bet
Open Account
Sporting
BetVictor
Boylesport
888sport