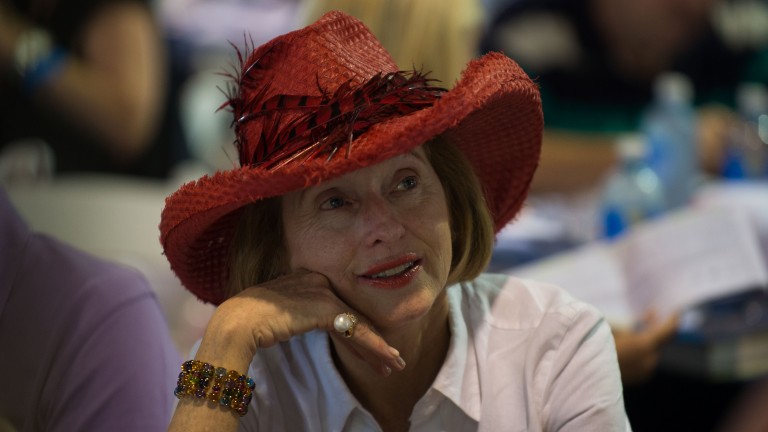 Prominent Australian trainers Gai Waterhouse and Adrian Bott have been charged with conduct prejudicial to the image of racing for substituting three horses during a televised gallop during Breakfast With The Stars at Randwick last week.

The training partners received permission to gallop Debonairly, English and Serena Bay but instead worked Fabrizio, Sort After and Stampede, whose riders wore the same colours usually associated with the nominated horses.

Melbourne Cup-winning trainer Waterhouse admitted track officials were not notified of the change but denied any deception was intentional.

"We apologise profusely. We just didn't think," Waterhouse told AAP Racing. "We weren't trying to deceive anyone but we realise it was unacceptable and it won't happen again."

Waterhouse reported that the intended gallopers were not fit to work but she did not want to disappoint the public who had been expecting to see the workout.

"We didn't want to let people down. The show was on the road. We don't have a lot of time to mull over these things," Waterhouse said.

"We hoped it would help racing, not hinder racing."

Waterhouse, who is seeking legal advice, was critical of the decision by Racing NSW stewards to not simply issue a warning.

FIRST PUBLISHED 4:15PM, APR 11 2017
We weren't trying to deceive anyone but we realise it was unacceptable and it won't happen again