Watch them wreck the mic as trainers try commentating 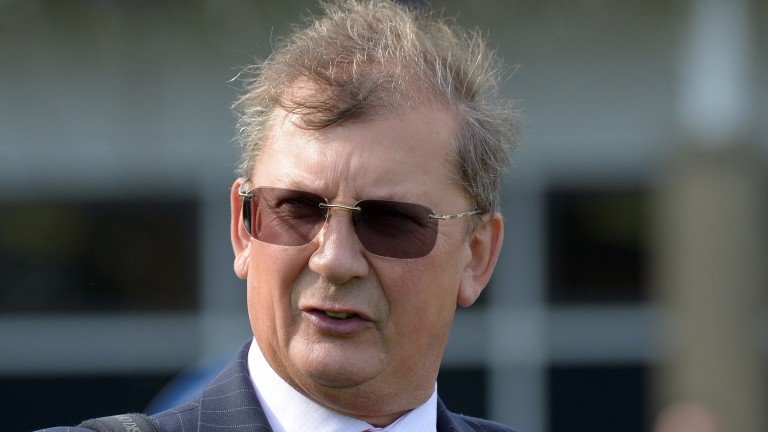 Trainers are rarely short of a few words and six of them will be hoping that trait does not desert them when they commentate on a race each at Newmarket on Saturday.

The competition between Newmarket and Lambourn trainers is raising money for charity and the best news for Tompkins this week was when only nine runners were declared in his race.

“I don’t know how I got roped into doing it but it will be good fun. I’ve never done anything like it before. It will be one-off for me – I’m 65 and the oldest one of the lot.

"It’s the names that are the tricky bit, as well as when you have colours that are similar.

“I’ll stay nice and calm, try to get it right and keep it fun. It’s marvellous, everyone has raised quite a bit of money.”

Tompkins is joined by Amy Murphy and Richard Spencer on Team Newmarket while Osborne is sporting the Lambourn colours alongside Joe Tuite and Brendan Powell.

Actor and racing fan Nathaniel Parker, who played the title role in the BBC crime drama The Inspector Lynley Mysteries, is also commentating on a race.

The competition is in aid of the beneficiaries of the 32Red Newmarket Open Weekend. The winner, who will receive the Julian Wilson award and a Christmas party package for their stable staff, will be the trainer who raises the most amount of money via JustGiving.

If you enjoyed this you should read:

FIRST PUBLISHED 5:45PM, SEP 22 2017
Poor old Jamie Osborne has the Cesarewitch Trial with 21 runners, but he can waffle a bit