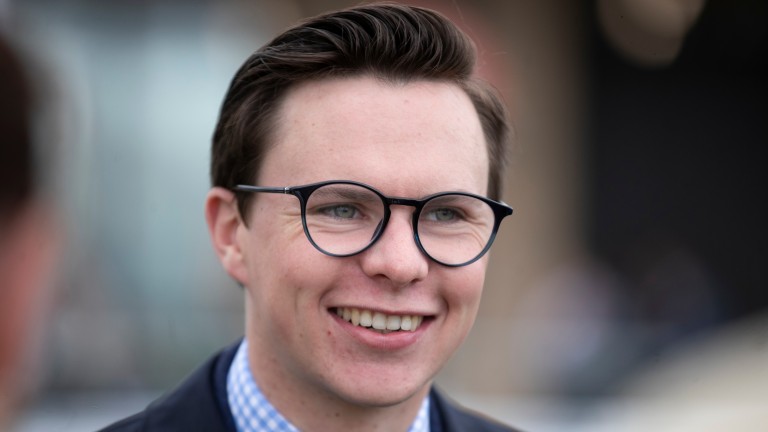 Plan A or plan B, going fast or slow, favourite or long shot, Irish horses continue to have their way with the New York turf races.

It was plan B for State Of Rest in the Grade 1 Saratoga Derby Invitational on Saturday. The Joseph O'Brien-trained colt overcame a tardy break and closed into a quick early pace to grab the winner's share of the $1 million purse by a length over Soldier Rising. Du Jour edged out Bolshoi Ballet for third.

The outcome was a reversal of the finish of the Grade 1 Belmont Derby Invitational in July. In that race, the early pace was sluggish but Bolshoi Ballet and Ryan Moore were able to work a script that got the job done from off the pace.

As he was at Belmont Park, Bolshoi Ballet was favourite in the Saratoga Derby while State Of Rest was a 21-1 longshot.

State Of Rest was shuffled back to mid-pace in his US debut, but Hall of Fame jockey John Velazquez got him settled and saved ground down the backstretch while Bolshoi Ballet and Cellist contested the lead.

As they hit the stretch and the leaders hit the wall, Velazquez had State Of Rest out toward the centre of the track while Soldier Rising and Irad Ortiz were making a quick move up the rail. After racing together briefly, State Of Rest edged clear for a handy success that suggested there is more to come.

"I was supposed to be close to the pace but he didn't break," said Velazquez. "So I went to plan B. I saved all the ground and gave him some confidence and hoped that when I got him out he'd respond. He did."

Owned by Teme Valley, the Starspangledbanner colt's resume coming to New York could have been described charitably as modest. He had a single win to his name, that coming on his debut at Fairyhouse. In his only previous top-level start he had finished fifth, beaten nearly nine lengths, in the Vertem Futurity Trophy at Doncaster on his final run as a two-year-old.

"It's a pleasure to be here and to have a horse that runs well here," said O'Brien.

Bolshoi Ballet, trained by his father Aidan, continued his up-and-down career that has seen him win half of eight starts, with the Belmont Derby his only success at the top level. He finished seventh in the Derby when favourite, though returned very sore from Epsom having been struck into on his right hind early in the race.

There were two other Grade 1s on the Saratoga card, with both won by clear daylight.

After Bella Sofia had powered clear by four and a quarter lengths in the Test Stakes, Knicks Go produced an awesome front-running display to take the Whitney Stakes by four and a half lengths from Godolphin's Maxfield, with Silver State and Swiss Skydiver further behind.

Knicks Go's trainer Brad Cox said: "Down at the sixteenth pole, I thought, 'Oh wow. He's going to win this thing,' and at that point I was thinking 'What a horse. What a performance'.

"For him to spread out down the backside and get away from them and just kick on at the eighth pole and fight off some really good challengers - this was an incredibly deep group of horses and I'm very proud of the effort by my horse today."

FIRST PUBLISHED 9:49AM, AUG 8 2021
I saved all the ground and gave him some confidence and hoped that when I got him out, he'd respond. He did