Latest AND THEY'RE OFF 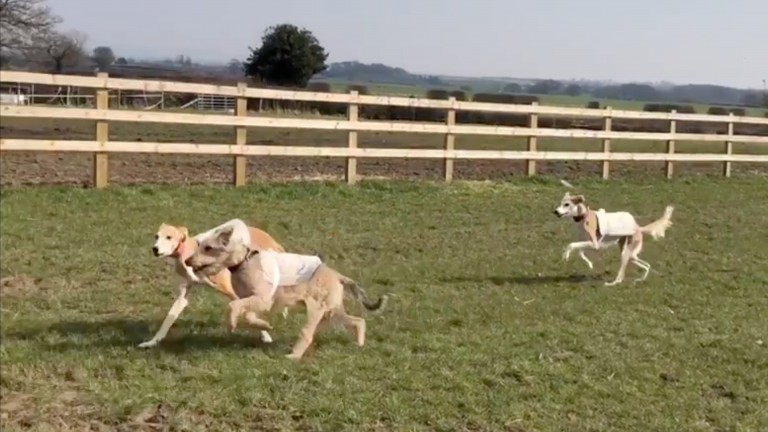 Philip Kirby's horses may not be racing but his dogs are, as the Yorkshire trainer this week hosted the Green Oaks Dog Derby in a bid to brighten up social media during this troubling period for racing.

With no hare on the track – his gallops – Kirby improvised by attaching a squeaky toy to the back of his car. A beep of the horn was to signal the start to the four runners.

Sooky, a saluki whippet greyhound, was favourite due to his pedigree and charged into the lead. But he idled and took a look around in front, allowing fast-finishing Chip to snatch victory in a photo-finish. Meanwhile, Betsy and Lady were out of the placings. 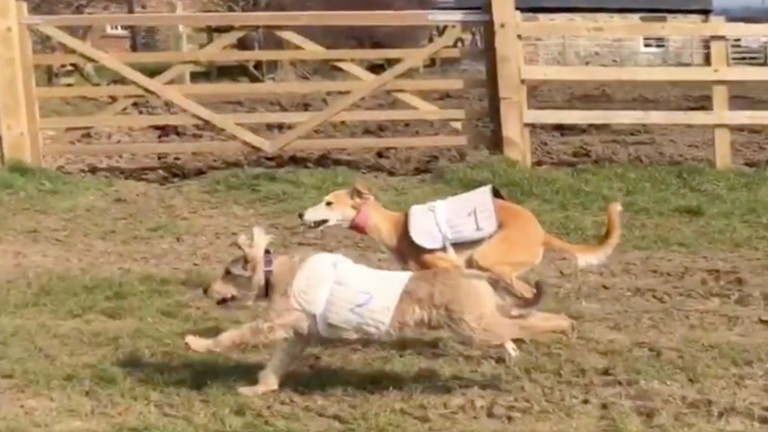 It was a team effort with wife Pippa on camera and commentary duty and four of the Kirby team parading the dogs and letting them go at the start.

Of the race, named after his stables in North Yorkshire, Kirby said: "It's something a bit different and everybody seems to have loved it [on social media], which is great. It gets the kids out of the house, we had the dogs and it was a good bit of fun.

"The result was a bit of a surprise – I think he was about a 5-1 chance. There's plenty of people wanting us to do it again, perhaps they'll be a different result next time."

Making the best of a bad situation! We’re improvising with the first running of The Green Oaks Dog Derby. Phil’s in the jeep dragging the squeaky toy. Just the 4 in it as we couldn’t take any outsiders & even if the dogs didn’t stick to the 2m rule, our small team did pic.twitter.com/skyARPQAcT

And of dealing with the lockdown, Kirby added: "It's been quiet really, we went from riding 85 out on the Tuesday then 25 the next day – and the numbers are still narrowing down. The owners are deciding to pull the plug for a few weeks, even a few of the Flat horses. That's fair enough and it's a sensible thing to do.

"From a staff point of view, we've quite a few 'rider-outers' and there's nothing for them to do, so it sorts itself out a little bit. Of the ones who are full-time, we're trying to get a few people to have some holidays. The ones we've got left are quite busy, and we're getting things done that we wanted to do in June and July. We'll be back and ready to go."

It has been a memorable season for the Kirby team, highlighted by the successes of Top Ville Ben and hugely popular mare Lady Buttons. 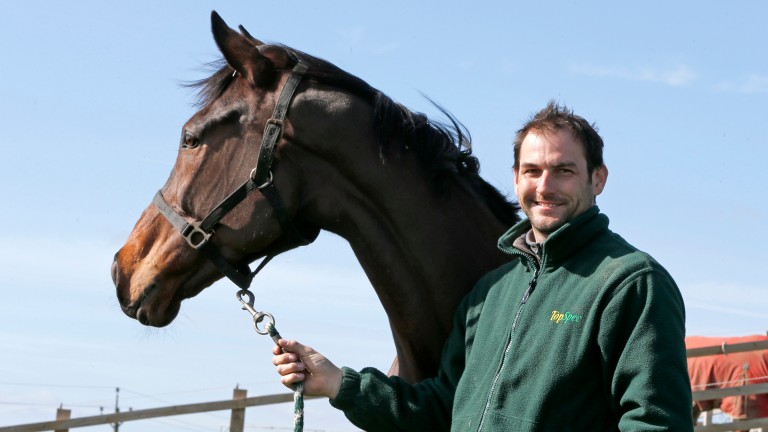 "The season has been grand and the quality of horses is massively better," added Kirby, who trained 25 winners this season. "There's a lot of nice young ones. We've changed from 90-100 [rated] horses to more 130-plus horses. It's a bit harder winning races, but it's a good problem to have and it's what we set out to do from the start.

"[Lady] Buttons has done her job again and Top Ville Ben is rated 164, so hasn't done a lot wrong. He had a few runs but he wasn't overraced so another year might do him the world of good."

FIRST PUBLISHED 3:00PM, MAR 26 2020
There's plenty of people wanting us to do it again, perhaps they'll be a different result next time