Latest ON THE LOOSE

Watch: panic stations for Jamie Osborne as his dog chases horses up the gallops 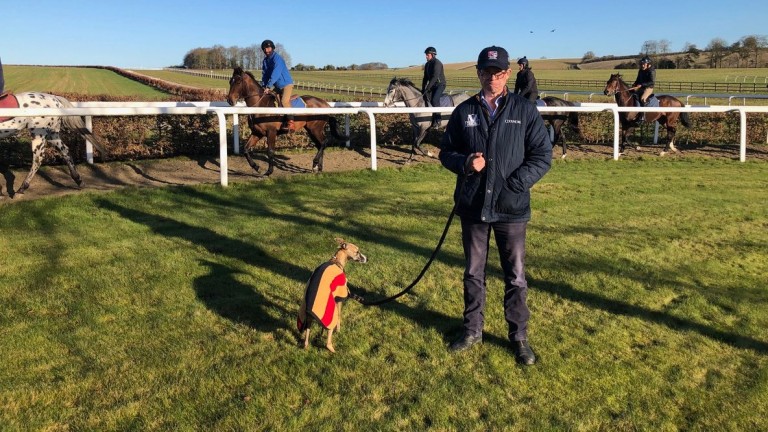 Osborne opted to put Bobby on a lead to watch the fourth lot
Jamie Osborne (@osbornejamie)
1 of 1
By Jonathan Harding 2:27PM, JAN 28 2019

A serene morning on the gallops quickly turned into a nightmare for Jamie Osborne after his dog Bobby chased after a string of horses.

Perhaps inspired by the escaped greyhound seen pursuing the field in the SkyBet Chase at Doncaster on Saturday, the trainer's whippet attempted to catch up with recent Wolverhampton winner Hathal.

I am afraid we had a dog malfunction this morning! pic.twitter.com/tXEDj9p5V1

Fortunately for his Twitter followers, Osborne caught the episode on camera while filming for his new website, treating viewers to his best impression of the viral 'Fenton' video in the process.

"I've been very careful with Bobby and have been training her to sit by the gallops and just watch," said Osborne.

"She's been good for the last few months, but then she remembered she's a whippet and thought Hathal was a very big hare. Sadly I lost control, but luckily nobody got hurt and the horse ignored her.

"In view of what happened at Doncaster perhaps it's something we should get horses used to – it could be a new training technique."

The trainer later tweeted a video of his fourth lot with Bobby on a lead, safely recovered from her morning exercise.