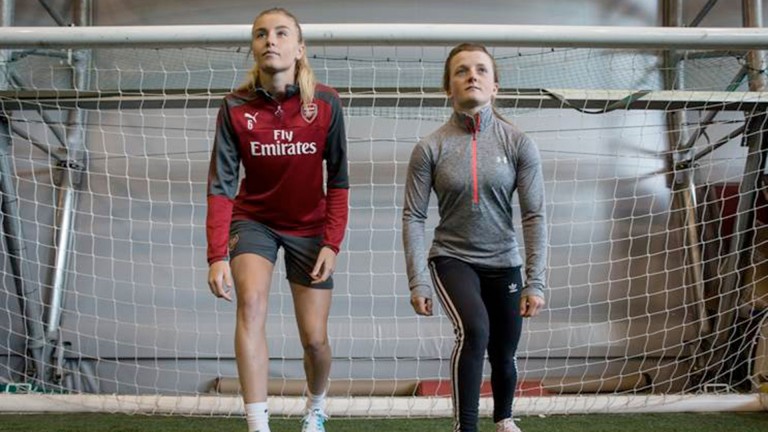 Hollie Doyle has gone head-to-head with Arsenal and England footballer Leah Williamson in a series of fitness tests designed to highlight how fit and strong female jockeys are and how they compare to other elite athletes.

The Great British Racing-backed production, similar to the one that pitched two-time Grand National-winning rider Leighton Aspell against Bristol and former England rugby player Tom Varndell, resulted in the pair of 21-year-olds taking each other on over a 10m sprint, a squat hold, a plank and a broad jump.

There were some surprising – and some less surprising – results, with Doyle's daily use of the riding position meaning she won the squat challenge, while Williamson's considerably taller frame helped her to victory in the jump.

However, Doyle caused an upset in the 10m sprint –  a staple for footballers –  while Williamson got revenge in the plank, a test of core strength that would suit a jockey.

Doyle, who was promoting the Silk Series, said: "It was a great challenge, very tough, but really fun. Leah is hugely talented but I hope I’ve proven that jockeys are professional athletes and equally as fit as other sports people."

Williamson, a two-time FA Cup winner who could make her full international debut in a friendly against Russia on Friday, having already represented England at under-23 level, said: "Hollie is an incredibly tough competitor and demonstrated the high fitness levels and talent jockeys have.

"It was a really enjoyable experience and proved to me just how dedicated we need to be with our fitness in order to reach the top of our respective sports." 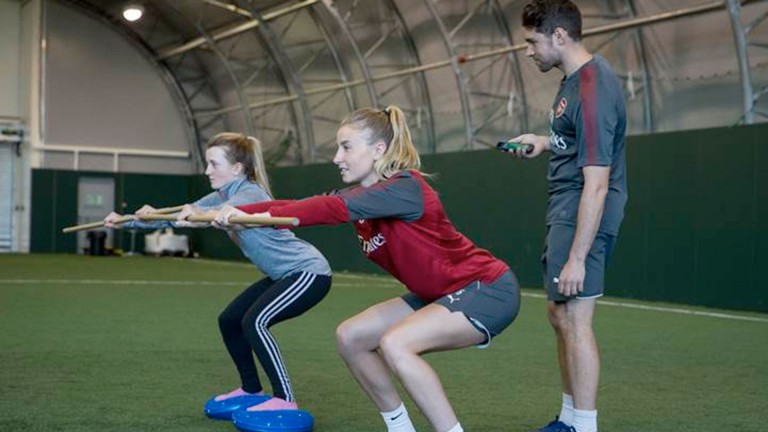 The challenge was led by Arsenal Ladies’ strength and conditioning coach Cairbre Ó'Caireallain, who said: "Both women are a credit to their sports. I am lucky enough to see how hard Leah works every day, but it was really refreshing to see Hollie put Leah through her paces.

"Hollie is equally strong in terms of fitness levels and she proved that jockeys are just as fit as footballers. Well done to both for putting on a great challenge."

Aspell and Varndell share the spoils in fitness face-off

FIRST PUBLISHED 3:53PM, JUN 5 2018
Leah is hugely talented, but I hope I’ve proven that jockeys are professional athletes and equally as fit as other sports people

'How can you not want to go?' - Marquand and Doyle set for Japanese adventure Owner blames 'failure of leadership' as Soulcombe is sold to race in Australia Sun Chariot could be next for Mrs Fitzherbert after Group 3 stroll 'There's no question he's nice' - Stormbuster camp eye Futurity after easy win