Was Bolger right to accuse Smullen of dangerous riding? 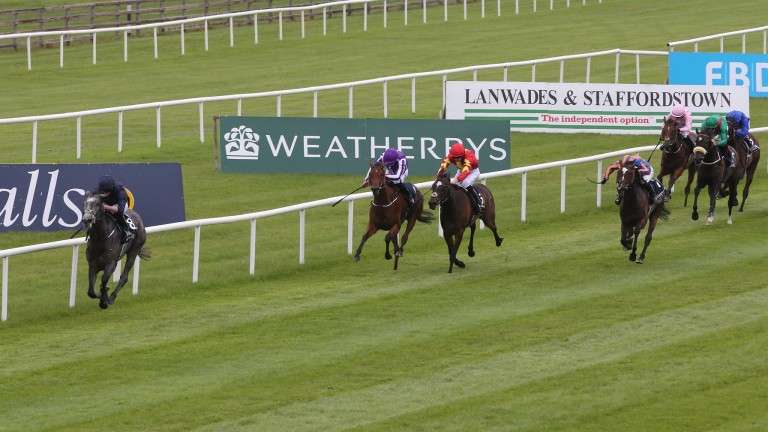 Jim Bolger was enraged by Pat Smullen's move aboard Rehana in the Irish 1,000 Guineas at the Curragh on Sunday, describing it as 'dangerous riding'. Was he right? David Baxter and Mark Storey disagree

Bolger got it right

It is not hard to sympathise with Jim Bolger, as Bean Feasa's chance was in effect ruined with three-quarters of the race left to run.

Whether Smullen's move was 'dangerous' is open to more debate, but given his experience in the saddle, it would be hard to believe he wasn't fully aware of what he was doing when squeezing up Hydrangea and Bean Feasa.
Race-riding is a tough, competitive sport and little quarter is often asked or given. Smullen was within his rights to hold his line, but there has to be a tipping point where a concession, no matter how small, should probably be made.
In this instance, Smullen probably just tipped over from hard but fair into going too far.
David Baxter

Bolger got it wrong

It occured early in the race but there is no doubt Bean Feasa’s chance was wrecked by Pat Smullen’s manoeuvre on Rehana.

She was going well when Smullen started cutting inside on the raking right-hand bend. But not well at all five seconds later after being squeezed up between Hydrangea and the rail, checking badly and losing ground.

It was a poor move by Smullen and the interference was serious. But was he guilty of dangerous riding? No.

Bean Feasa looked anxious when Rehana started making her move at the start of an incident that left her both upset and beaten. But she was not put in danger. Nor was Kevin Manning on top.

Smullen rode carelessly, not dangerously, and it was right Rehana was demoted. But the stewards got one thing wrong: his punishment should have been more than one day.
Mark Storey

FIRST PUBLISHED 5:13PM, MAY 29 2017
Race-riding is a tough, competitive sport and little quarter is often asked or given