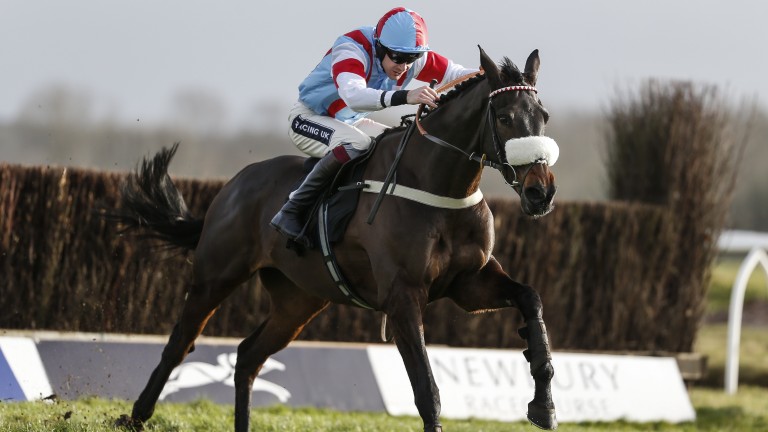 Saint Calvados: the French import has been impressive in two wins at Newbury
Alan Crowhurst
1 of 1
By Lee Mottershead 11:53AM, JAN 29 2018

Harry Whittington has confirmed Saint Calvados on course to have his Racing Post Arkle Trophy claims tested at Warwick next Saturday with the trainer expressing confidence about the exciting young chaser's ability to handle quicker conditions than he has experienced so far.

Since leaving France the five-year-old has made most of the running to easily win two novices' handicap chases at Newbury, where his jumping out of deep ground has been a hallmark of the performances.

The Grade 2 Kingmaker Novices' Chase will now come next for Saint Calvados, a best-priced 16-1 shot for the Arkle.

Whittington said: "He has been very good so far and improved plenty from his first run to the second, when he was much more polished. He is sparkling at home and his tracheal wash this morning was clean. 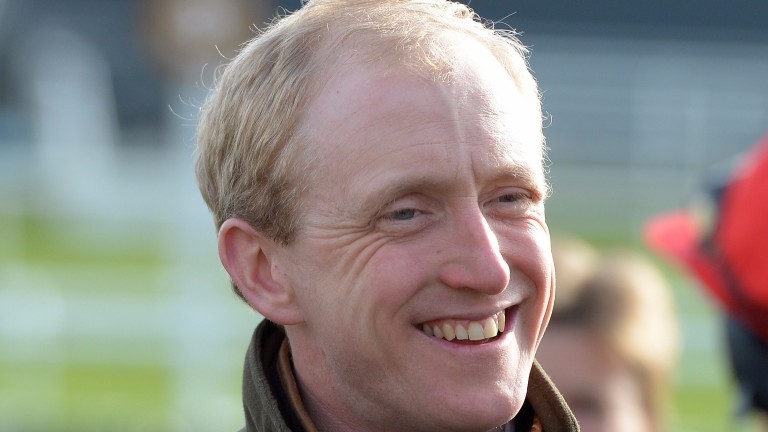 Harry Whittington is eyeing a trip to Warwick for Saint Calvados

"The Kingmaker will definitely be his next race and he helpfully gets a 2lb allowance as he's only a five-year-old.

"Running there would mean he hasn't been around an undulating track going into Cheltenham, so we'll need to find a way of preparing him for that, but I don't think it will be a problem.

"He handles soft ground very well and we also won't know if he is as effective on a quicker surface until he experiences it. Again, though, I wouldn't be too worried, given that he has so much class. Good ground might not be ideal but good to soft should be fine."

Whittington also has the smart Bigmartre entered in the Arkle, but said: "He is unlikely to run in the Arkle and more likely to be aimed at the JLT or Manifesto."

FIRST PUBLISHED 11:53AM, JAN 29 2018
He handles soft ground very well and we won't know if he is as effective on a quicker surface until he experiences it