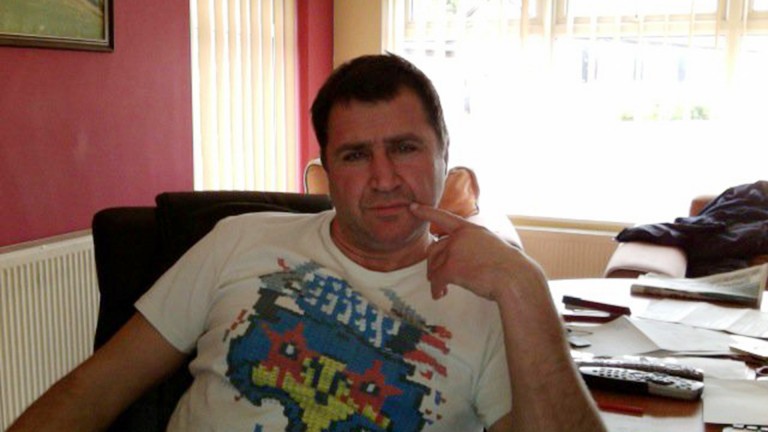 George Prodromou, who was banned from racing for eight years in 2012, has revealed he wants to start training again next year.

The 55-year-old was warned off from the sport in February 2012 after being found guilty of instructing jockey Charlotte Kerton to not ride two horses on their merits and for passing on inside information, which was used for lay betting on the runners by four other individuals.

The disciplinary panel deemed Prodromou guilty of "one of the worst types of abuse" in forcing Kerton to deliberately not try her best on Timeteam and Trip Switch in January 2010 knowing the struggling apprentice was reliant on the trainer for rides.

The panel further blasted his "cavalier and inexcusable" approach to the use of inside information, and also found him guilty of personally laying another of his horses, Mister Frosty, as part of a series of bets on the runner.

Prodromou is making plans to reapply for his licence, which he cannot obtain before February 23, 2020, and remains defiant that his suspension was unfair.

He said: "For something that I haven’t done [the ban] was totally unfair. Anyway, it’s forgotten now and time has passed. Hopefully the BHA will allow me back. I have not spoken to them yet but my yard is spot on and my gallops are spot on.

"In May I was planning to ask my solicitor to ask them if they want me to do any courses in the meantime and I'm willing to do that. I'm very happy to do whatever the BHA asks because horses are my passion and I'll be looking forward to coming back racing."

Prodromou, based at East Harling, Norfolk, plans to keep his training operation small having focused on building houses on his land during his time away from racing.

"It's something that I would be looking forward to so I can take my money away from building works and back into horses," he added. "Training is what I love."

The BHA said on Thursday that Prodromou had yet to reapply for his licence, and that a strict vetting procedure would be undertaken before a decision on licensing was taken.

A spokesman said: "We have not received a licence application from Mr Prodromou, although we would not necessarily expect to given he remains a disqualified person until February 23, 2020.

"More generally, we would assess all information contained within any application to train when considering whether or not to grant a licence. All applicants are expected to demonstrate their suitability to hold a licence as part of their application, and there is a section of the form which specifically relates to previous licensing and disciplinary history.

"The BHA has the ability to seek further assurances in this area and in instances where a person has previously been subject to disqualification it is normal practice to require an integrity interview as part of the information gathering stage of the application."

FIRST PUBLISHED 10:23AM, MAR 30 2019
It?s something that I would be looking forward to. Training is what I love