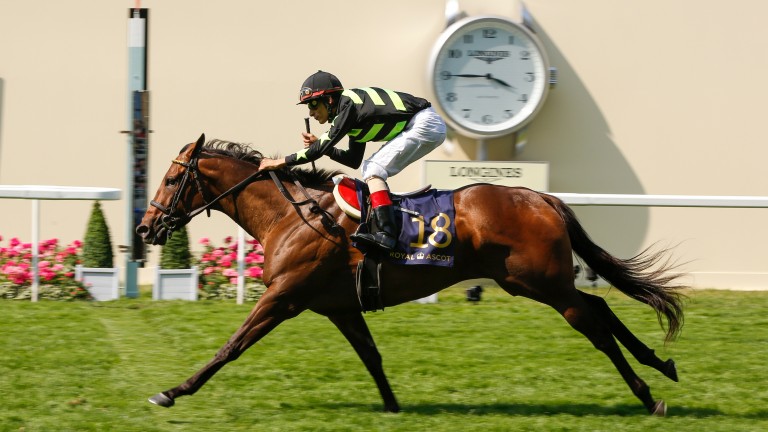 Wesley Ward believes "turbo-charged" Lady Aurelia has the upper hand on her big Coolmore Nunthorpe Stakes rival Battaash because she will arrive at York a fresher horse.

The superstar filly has not been seen since her brilliant King's Stand Stakes success at Royal Ascot in June, during which time Battaash has emerged as a major force on the sprint scene with three successive victories, most recently in the Group 2 Qatar King George Stakes at Goodwood less than three weeks ago.

While plenty of trainers subscribe to the view that a sprinter on a roll should be kept busy, American Ward takes a different view and explained he is always keen to give his speedsters a good break between outings.

"I can only train my horse and not Battaash, but if I look at his races and I look at my races, I prefer my sprinters to have good spacing between their races," said Ward on Monday.

"The really great sprinters give you 120 per cent and I like to give them ample time to recover before preparing for the next race. Battaash ran a very big race the last time at Goodwood, so on that basis, I think the spacing is on my side."

Ward has full respect for the claims of Battaash, a top-priced 7-4 behind Lady Aurelia, available at 6-4 on Monday.

But with the highly anticipated showdown now only days away, he could not be happier with the condition of Lady Aurelia, who was reunited with Frankie Dettori in a piece of work at York last Friday.

"This is the premier, mid-season sprint race, so you wouldn't go there expecting a gimme, and if it wasn't Battaash I'm sure there would be another horse who would be providing formidable opposition," said Ward.

"When you have the very best horses like Lady Aurelia there is usually always something you're worrying about before a big race like this, but she's all aces.

"It's very rare for a trainer, but there's nothing worrying me about her at the moment. She's probably the best five-furlong filly I've ever trained."

A striking aspect of Lady Aurelia's performances as a three-year-old compared to 2016 has been her ability to settle and deploy her blistering speed at the business end of a race, rather than having to explode from the start and make all. 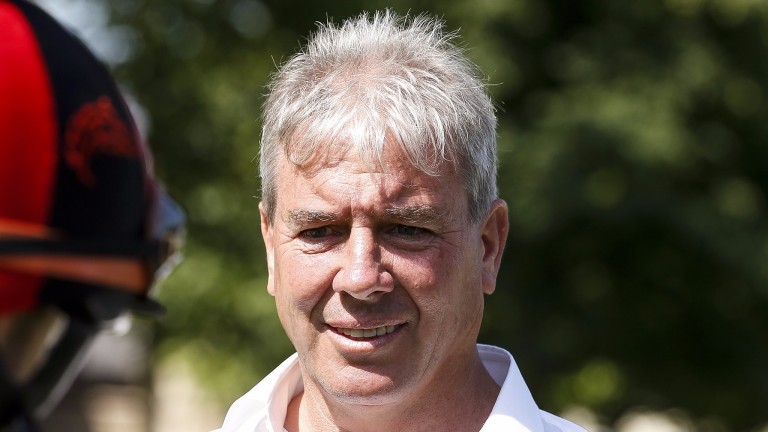 Wesley Ward: 'When they push that button and ask her for more, it's like she's turbo-charged'
Alan Crowhurst

Ward explained the change of plan came after the filly ran too keenly in the Cheveley Park Stakes at the end of last season and reserved special praise for one member of staff at his Keeneland base.

"We brought her home after the Cheveley Park and turned her out, just let her be a racehorse down at [owner] Barbara Banke's property in Florida, and then when we got her back we took the blinkers off and tried to get her to settle behind horses in her gallops," Ward said.

"I have a wonderful rider, who works just for me, called Julio Garcia. He's in his fifties now and has the most magical hands and he's taught her how to make the best use of her speed. Now, when Frankie Dettori or Victor Espinoza ride her, when they push that button and ask her for more, it's like she's turbo-charged."

Ward has been here before, having tried to land the Nunthorpe with Acapulco as a two-year-old in 2015, only to be denied by Mecca's Angel.

While there was no shame in that defeat, Ward says he took lessons from the experience and has altered Lady Aurelia's build-up accordingly, by allowing her more time to settle into her surroundings at York.

"It's a long trip from Newmarket to York and so I think I've done the right thing this time by getting her up there and getting her acclimatised in the area, instead of settling in at the National Stud in Newmarket – as wonderful a facility as that is – and then shipping up to York," said the trainer.

In the opposite camp, meanwhile, trainer Charlie Hills is equally happy with Battaash and dismissed Ward's fears regarding a three-week turnaround from Goodwood.

"We're very happy with our horse," said Hills. "He's on an upward curve and plenty of horses have won the King George and then the Nunthorpe, so we're happy with the timing."

FIRST PUBLISHED 5:26PM, AUG 21 2017
The really great sprinters give you 120 per cent and I like to give them ample time to recover before preparing for the next race