War Decree one of four O'Brien entries for Newmarket showpiece 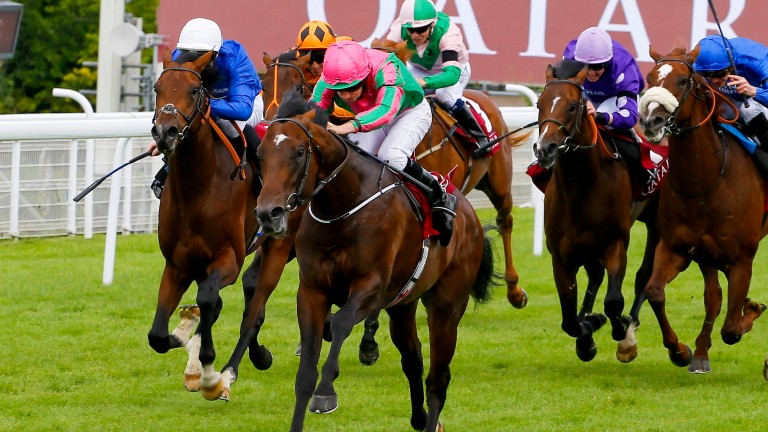 Winner of two of his three starts as a juvenile, including the Group 2 Vintage Stakes at Glorious Goodwood, the son of War Front may bid to give his trainer a first Craven success.

The Richard Hannon stable, which boasts a magnificent record in the race, having won it four times in the last five years via Trumpet Major (2012), Toronado (2013), Toormore (2014) and Kool Kompany (2015), could rely on Larchmont Lad, successful in the Group 3 Tattersalls Stakes at Newmarket last September.

Saeed Bin Suroor has entered Benbatl and Dream Castle, while Godolphin have a third possible in the Charlie Appleby-trained Salsabeel.

Michael Prosser, director of racing at Newmarket, said on Friday: “It’s an outstanding entry for the bet365 Craven Stakes.

“There is a Group 1 winner in Rivet and Aidan O’Brien has four entries. There is great depth to the race and it looks a tremendous trial for the Qipco 2,000 Guineas.”

Prosser revealed Newmarket’s 2017 season could get under way on “perfect ground conditions” on Tuesday.

“It’s been a mild spring and we’re in a very good place as far as the ground is concerned,” he said. “We could start the meeting on perfect, good ground.”

Fellowes warns controversial vet checks are deterring Melbourne Cup raiders Mother Earth continues O'Brien's French summer of love with Rothschild success Can Andrew Balding emulate his father Ian and become champion Flat trainer? Ryan Moore: 'I try not to offend anyone but for me it's always about the horses' Trainers' title race blown wide open - and we might just have a fairytale winner Can Mother Earth continue Aidan O'Brien's fine French form in the Rothschild?