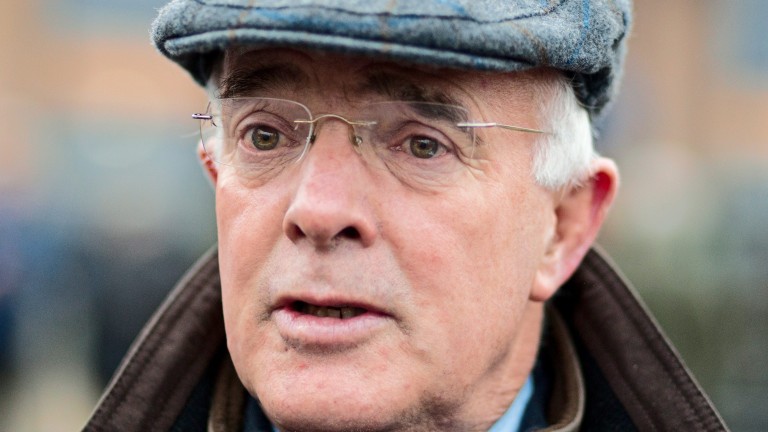 Ted Walsh has credited his son Ruby's strength of mind as the foundation for his incredible legacy in the saddle.

A day after the 12-time champion called time on his stellar career after winning the Coral Gold Cup on Kemboy at Punchestown, his father was in little doubt as to what made him so good.

Speaking at the track, Walsh snr said: "Obviously, Ruby had a lot of natural ability, but his greatest asset was his mind, and the way he approached the game. He is very intelligent, and had the tenacity and strength of mind to keep coming back from the injuries he got.

"He was a great man to race read and he soon realised that the big days were the days, like Frankie Dettori or Ryan Moore, and he had the mental capacity to know there was a bit more to it than just riding.

"You had to be able to know the tracks, know the horses, know the opposition, know the way everybody rode. He'd come into the ring and say, on the laws of averages, 'This will make it, this will sit third of fourth' and so on. Now, as Paul Nicholls said, that was Plan A, but he'd have Plan B and C as well.

"It didn't always work, but the majority of time it did, and he'd know where the best of the ground was. He wasn't afraid down at the start to realise there wasn't going to be a gallop on, and he'd improvise, same as Charlie Swan used to.

"He just had that mind, and it's the same with any great sports people. They are able to adjust to the situation quickly.

The father-and-son combination landed a famous Grand National double in 2000 when Papillon won the Aintree showpiece and Commanche Court followed up in the Irish Grand National.

He remained one of his closest confidants and mentors throughout, and reflected on how self-critical and deeply analytical the rider was in his preparations.

"He was always great to take criticism and was critical of himself, a bit harsh on himself I thought at times, but those great sportspeople are like that," he suggested. 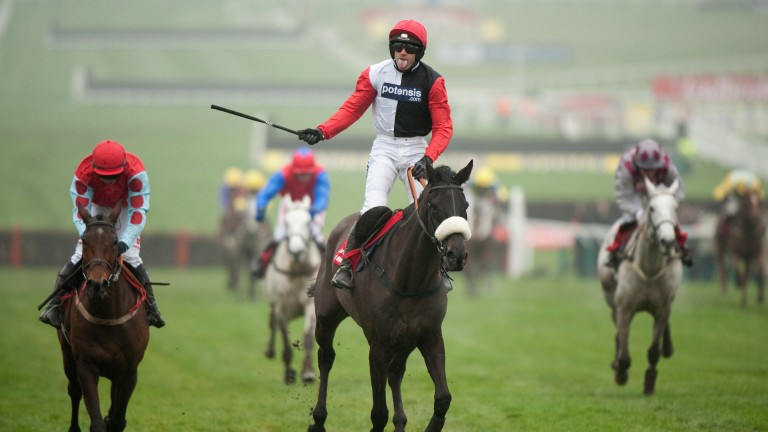 Big Buck's: Ruby Walsh developed a technique that kept connections happy but allowed him to deploy his own tactics
Edward Whitaker

"He realised very soon as well that the trainers in Britain wanted horses to be ridden positively, and horses in Ireland were ridden patiently.

"I used to say to him, in Ireland it's a sin to be in front too soon, and in Britain it's an offence if you're not. Martin Pipe brought that in; horses were mad fit, so jockeys were told to make plenty use of them.

"Then others followed, maybe with the exception of Nicky Henderson. He used to say to me, I'm going to be in front at the third-last, in case you are jumping up and down on the couch or putting your foot through the telly."

Recalling the rider's methods on Big Buck's, with whom Walsh combined to win 16 consecutive races, including nine Grade 1s, the trainer reckoned his son developed a technique that kept connections happy but allowed him to deploy his own tactics.

"He soon got the idea in Britain, and Big Buck's was a great example, that even though it might be the way connections wanted the horse ridden, it might not be the right way for the horse," he said.

"He used to let on with Big Buck's that the horse would hit a flat spot, but that was nonsense – he just didn't want him in front.

"He'd be bouncing up and down on him to make it look like that, but he was doing nothing on him. AP McCoy used to do the same – they knew what they were doing."

Ruby's sister Katie, on duty at the breeze-up sales in Newmarket, admitted she was sorry she missed his swansong.

"He contacted some of us about it the other day," she said. "Unfortunately, I couldn't be at Punchestown and I'll regret that for as long as I live. I would've loved to have been there, but it was great for him and a lovely way to bow out, and that's the main thing.

"He's had a great career and it's one he can look back on with some super memories. We've been lucky to be a part of it – there's been some great days and great memories for all of us. Not everyone gets to go out the way he has, so it's lovely that it was his own choice."

FIRST PUBLISHED 7:34PM, MAY 2 2019
He used to let on with Big Buck's that the horse would hit a flat spot, but that was nonsense ? he just didn't want him in front