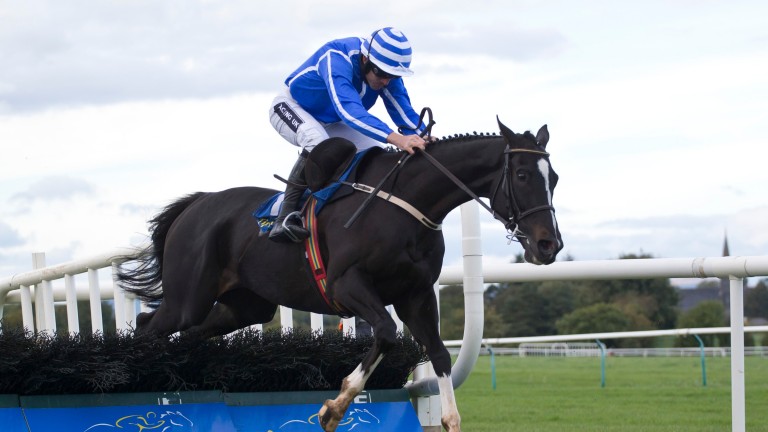 Ruby Walsh may have surprised a few by opting to ride Penhill over recent Naas winner Saturnas and unbeaten mare Airlie Beach.

Penhill arrives into this afternoon's race having made hay over the summer months, just as last year's winner Long Dog had done for both Walsh and Mullins 12 months ago.

Of the remaining Mullins runners, Airlie Beach puts her unbeaten record on the line while Saturnas looked a nice recruit when winning a maiden hurdle with ease on his Irish debut last month.

Labaik stuck to the task well to win the For Action Novice Hurdle last time and had Le Martalin behind him on that occasion.

If there is to be a future Supreme Novices' Hurdle winner from this line-up, Peace News may be it. The Gigginstown-owned French recruit made a nice debut for Henry de Bromhead when winning a good maiden hurdle at Cork a shade cosily and he is already a general 10-1 shot for the Supreme at Cheltenham.

Willie Mullins won this race 12 months ago with Long Dog and sent out Nichols Canyon to win in 2014. He has also won this race in recent seasons with Sous Les Cieux (2011), Zaidpour (2010) and Hurricane Fly (2008). Can Saturnas, Airlie Beach or Penhill provide the champion trainer with his third successive victory in the race?

No recent joy for females

No filly or mare has landed the Royal Bond Novice Hurdle since Liss A Paoraigh and Like-A-Butterfly landed back-to-back respective renewals in 2000 and 2001. Forge Meadow and Airlie Beach are the only females in this renewal.

Gordon Elliott, trainer of Labaik
It's a good race. He hasn't surprised me at all and he works like a very good horse at home. He was quirky to start with so we began hunting him and he seems to enjoy that. He has gone hunting a few times since his win at Navan and he's in top form.

Willie Mullins, trainer of Penhill, Saturnas and Airlie Beach
Ruby [Walsh] has decided to ride Penhill. He has won four from five over hurdles and seems to be progressing with each run. If he can improve again today, he would be in with every chance. Official ratings and her 7lb mares' allowance would suggest that Airlie Beach is the pick of our trio and it will be interesting to see how she gets on. She's unbeaten in six starts and five of them have been over hurdles so she has done all that we have asked of her so far. Saturnas was impressive when winning a maiden hurdle on debut for us at Naas and, although he lacks the experience of our other two runners, we hope he comes on for the run.

Noel Meade, trainer of Le Martalin
I was disappointed with him the last day. I don't know whether he ran his race or not to be honest. Maybe he needs a bit further than two miles but we will find out more today. Although he disappointed me the last day, he seems in good form and we are looking forward to him.

Henry De Bromhead, trainer of Peace News
He seems in good form since his maiden hurdle win in Cork. He won that nicely on debut for us and deserves this step up in grade. We like him anyway, and although we have never run him on good ground, he would strike you as a fella who wouldn't mind the test of speed.

Jessica Harrington, trainer of Forge Meadow
She has a great attitude. I know this is a big ask for her but she is a tough little customer and I think she will run well. She won’t mind the ground at all.