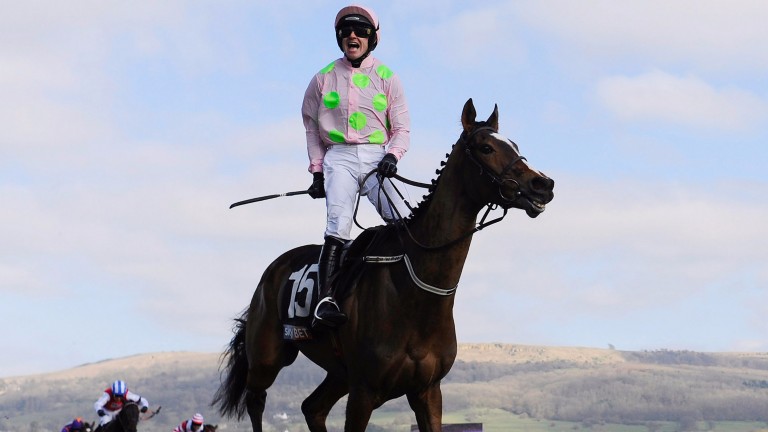 Ruby Walsh celebrates on Vautour after success in the Supreme Novices' Hurdle back in 2013
Alan Crowhurst
1 of 1
By Brian Sheerin 4:13PM, NOV 8 2016

Walsh, who is scheduled to be back riding this weekend after suffering muscle spasm at the Cork Grand National meeting on Sunday, admitted finding another horse of Vautour’s ability is a tough ask.

“I never made any secret about how much I loved him," said Walsh. "I loved riding him and it’s very hard to know what to say when something like that happens.

“It’s a huge loss to the yard. I’m mad about all horses but horses like Vautour are very hard to find, and he's going to be extremely hard to replace. I don’t think we ever saw him at his best last season.” 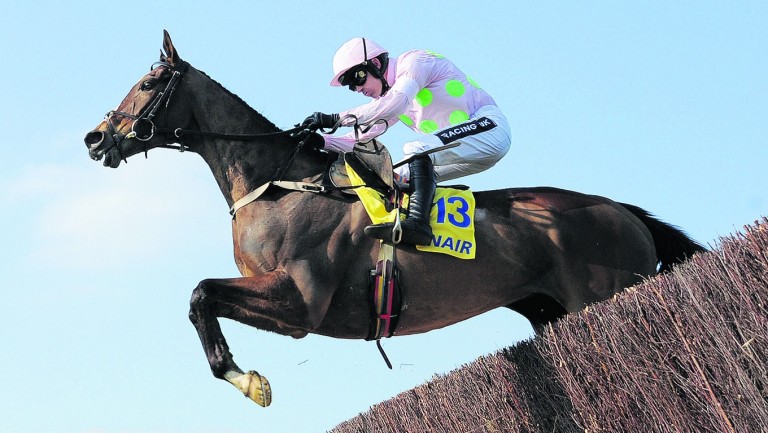 Vautour and Ruby Walsh on their way to victory in the Ryanair Chase
Walsh has been associated with some of the greatest jumpers of the modern era, including Hurricane Fly and Kauto Star, and believes the Willie Mullins-trained Vautour had been destined for the top.

“It just wasn’t meant to be, unfortunately," he continued. "It’s probably a tougher pill to swallow because it was untapped potential with him. He was brilliant in the Supreme Novices’ in 2014 and what he did in the JLT Novices’ Chase was absolutely phenomenal.

“I know he won the Ryanair Chase last year, but I don’t think that was anywhere near as good as his novice chase performance.

“We made no secret of the fact that we struggled with him a bit last season, especially in the lead-up to Cheltenham, but he looked to be in super form this season. We'll never know how good he could have been.”

Vautour’s owner Rich Ricci, speaking on At The Races, said: "All those races, the fall at Aintree, all the galloping, all that training, and he dies in a field with nothing going on. It was one of those freak things.

"We don't know what happened. We kept him outside during the day and inside in the evening. They went down to give him his food and they found him lying on the ground."

Ricci added that Douvan is now likely to be considered more strongly for the 32Red King George VI Chase at Kempton, and that Vroum Vroum Mag is also in the frame for the Boxing Day showpiece.

FIRST PUBLISHED 4:13PM, NOV 8 2016
It's probably a tougher pill to swallow because it was untapped potential with him