Walsh: I love Footpad – he's better than last year and his form is rock-solid 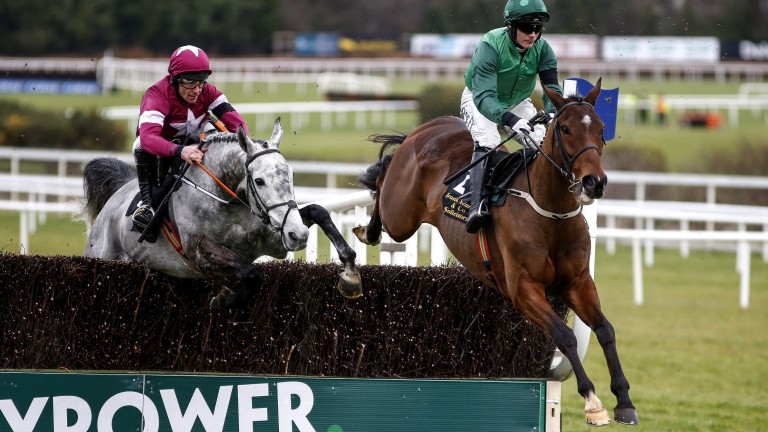 It's round five between Footpad and Petit Mouchoir, with the Willie Mullins-trained Footpad having finished in front of Petit Mouchoir for the first time when the pair clashed in the Frank Ward Solicitors Arkle Novice Chase at Leopardstown last month.

Footpad was making it three from three over fences in that Grade 1 after Petit Mouchoir, who was five lengths behind in second after a couple of mistakes early on, had finished ahead of the exciting six-year-old, owned by Simon Munir and Isaac Souede, on the three occasions they clashed over hurdles last season.

Ruby Walsh, who will be riding Footpad over fences for the first time, believes his mount has what it takes to extend his unbeaten record over fences and give the festival's most successful jockey a fourth Arkle.

Walsh has won the race on Azertyuiop and on the Mullins-trained pair Un De Sceaux and Douvan, and said: "I love Footpad. I think he's a better horse than he was this time last year, when he finished fourth in the Champion Hurdle. His form over fences is rock-solid.

"Connections of Petit Mouchoir are entitled to think their horse can improve enough from Leopardstown to beat Footpad this time and it will be a fascinating race, but I wouldn't swap my horse."

Petit Mouchoir was returning from a break when he ran at Leopardstown and, speaking on Monday, trainer Henry de Bromhead said: "Petit Mouchoir seemed in good form this morning and we're happy with him. He's won on very soft ground, so the conditions shouldn't be a worry. We're hoping for a big run."

Davy Russell, who has ridden at least one winner at every festival since his first success at the meeting on Native Jack in the 2006 cross-country chase, partners Petit Mouchoir here and seeks a first victory in the event.

Harry Whittington, trainer of the exciting Saint Calvados, believes the testing ground will be a plus for the five-year-old, who is three from three over fences.

He trounced his rivals by 22 lengths on soft ground in the Grade 2 Kingmaker Novices' Chase at Warwick on his most recent start last month.

"The ground will be bottomless and that has got to be good for us," Whittington said of Aidan Coleman's mount, owned by Andrew Brooks. "Saint Calvados has that knee action and Saint Des Saints [his sire] prefer soft ground. 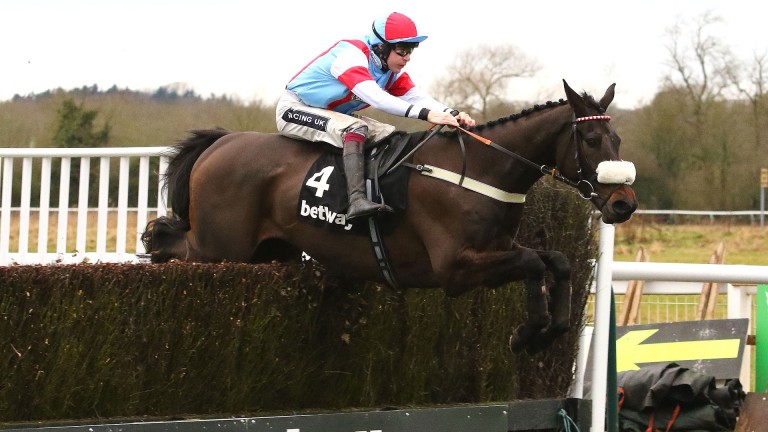 "Our horse has handled it very well so far. He turns five later this month and is such a baby. It would be pretty phenomenal if he managed to win it as such a youngster."

Voy Por Ustedes, successful in 2006, was the last five-year-old to win the race.

Nicky Henderson, trainer of Brain Power, will be bidding for a sixth win in the race he landed with Altior a year ago.

The trainer said: "He won't have his ground but five runners is a nice small field, although it still looks very competitive.

"It's the first chase of the meeting and he's in very good form. He's been working great and everything has been going very well."

The Nigel Twiston-Davies-trained Robinshill, who was pulled up on his most recent start, completes the five-runner line-up, the smallest field in the history of the event.

FIRST PUBLISHED 6:00PM, MAR 12 2018
The ground will be bottomless and that has got to be good for us

'He's ready to win if things go right' - trainers on the opening TV handicap Can we trust the Coventry form? Graeme Rodway gives his view on Berkshire Shadow