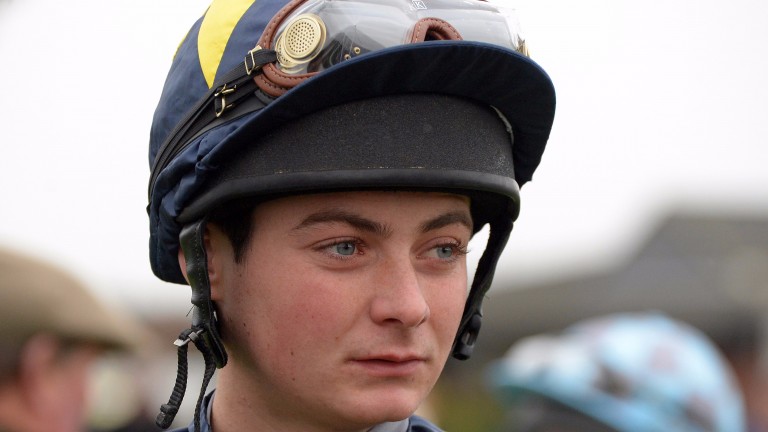 Eoin Walsh, sidelined since the middle of February after breaking his arm in a horror Wolverhampton fall, hopes he will soon be back in competitive action.

The apprentice, who is based with Newmarket trainer Robert Cowell, parted company with his mount Secret Lightning in a three-horse pile-up at Wolverhampton.

“It’s been a long seven months, but I have finally been told by the BHA doctor that I can start race-riding again,” Walsh said. “I went down to Oaksey House on Monday and Tuesday, and can’t wait to get back on track.”

Things were beginning to pick up for the young rider, who has 73 winners to his credit since 2012, when he sustained his injury.

“It’s been frustrating to have virtually missed the whole season,” Walsh said. “I was beginning to get more rides when I took that fall.

“I think I had 35 rides in the first six weeks of the season, with three winners among them. That was a good start.

“When you watch the replay of the fall, though, it could have been a lot worse and I'm lucky I came away with only a broken arm. At least I’ll be back in time for the all-weather over the winter and I’ll be around to ride for anyone.

“The aim is to graft away and ride out in as many different yards as I can and get back among the winners as quickly as possible. I’m fit and ready to go.”

Speaking shortly after the accident, Walsh joked: "It's the first time I've ever really got much of a mention in the Racing Post – it's not the way I'd have wanted to make headlines, but people might actually notice me now."

Cox and Walsh taken to hospital after falls