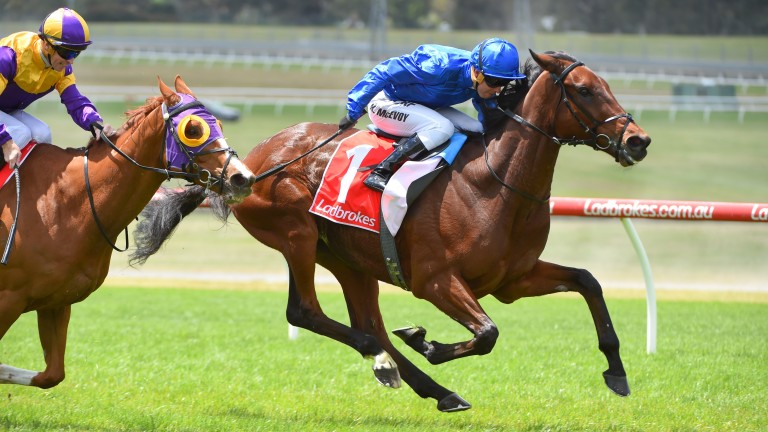 Qewy will not contest Tuesday's Emirates Melbourne Cup with trainer Charlie Appleby feeling the race comes too quickly after the seven-year-old's victory in the Bendigo Cup.

Appleby said: “He knows he’s had a race, and I think the Cup will just come a bit soon for him. It’s only six days between the two races.

“Hopefully we can consider another race for him in Melbourne this trip, provided he is back on top form,” the trainer added.

The news was greeted with delight by Hugo Palmer, whose Wall Of Fire is now guaranteed a run in the A$6.2 million handicap, while Thomas Hobson is within touching distance of making it into the race as well.

The Willie Mullins-trained stayer is 24th in the entries for the 24-runner contest, but the winner of Saturday's Lexus Stakes could sneak in ahead of him.

Palmer wrote on Twitter: "Wall of Fire rises to 23 in order of entry for the 'race that stops a nation' and guaranteed a start. Too excited to sleep."