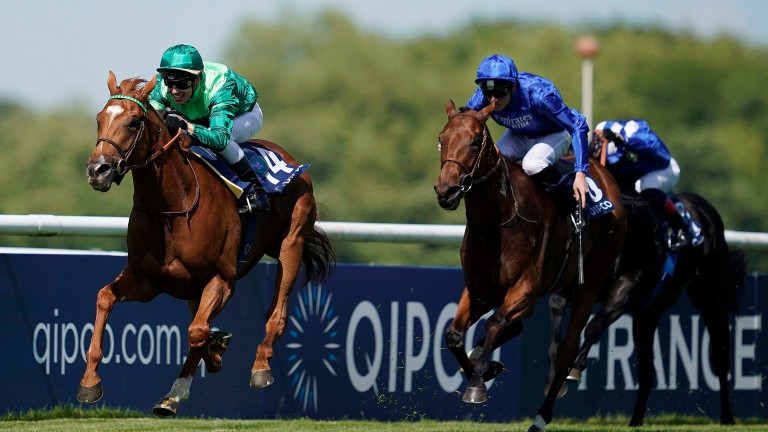 Persian King (blue silks) was put in his place by Sottsass in the Qipco Prix du Jockey Club but Andre Fabre is not convinced he was at his best
Alan Crowhurst (Getty Images)
1 of 1
By Scott Burton 8:00AM, JUL 13 2019

Andre Fabre has decided to hold fire on any rush to judgement over Persian King's aptitude for a mile and a quarter and will give the French Guineas winner more time to develop before mapping out a plan for the son of Kingman this autumn.

That means no trip to Deauville for the Haras du Fresnay-le-Buffard Prix Jacques le Marois back at a mile, with Persian King being given an easy time of things for the moment.

Fabre's initial diagnosis after Persian King's two-length defeat to Sottsass in the Qipco Prix du Jockey Club was that a combination of a wide trip and a lack of stamina had been his undoing in the face of a very smart rival.

Speaking on Friday, the trainer said he believed there may have been more at play than the extra two and a half furlongs of the Jockey Club.

"I had second thoughts about him and had him seen by various vets," said Fabre. "There is no obvious injury and I think he just needs a bit of time. He is such a big horse he might have been growing, so he'll probably have a break until later this season. He won't run in Deauville, that is for sure."

Waldgeist is all set for a return to Ascot on July 27 for the King George VI and Queen Elizabeth Qipco Stakes, after his third-placed effort in the Prince of Wales's Stakes at the royal meeting last month. 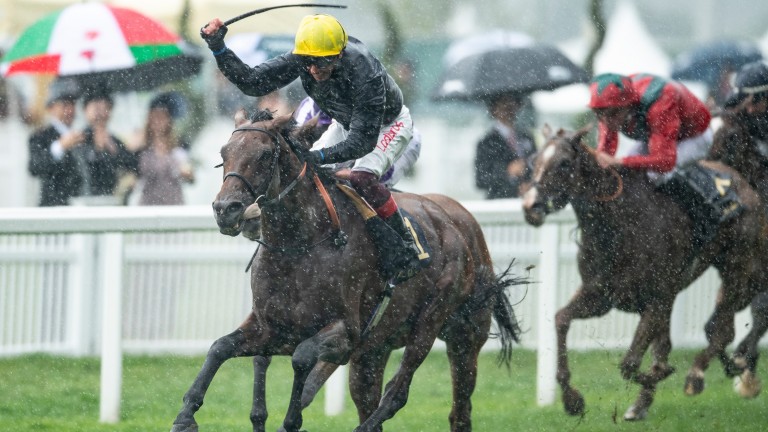 The five-year-old was clearly inconvenienced by the cloudburst which preceded his run behind Crystal Ocean, one which nonetheless earned him a rating of 122 in the most recent Longines rankings, the equal of his end-of-year figure for 2018 and just 1lb adrift of Enable.

Fabre said: "He ran fine and I would have preferred to run him on a better surface, so I hope another thunderstorm will not hit Ascot at the end of the month. The King George is the target, absolutely."

Waldgeist was one of 18 horses to have been kept in the King George at the latest forfeit stage earlier in the week and is a best-priced 16-1 for the race.

FIRST PUBLISHED 8:00AM, JUL 13 2019
He is such a big horse he might have been growing, so he'll probably have a break until later this season. He won't run in Deauville, that is for sure