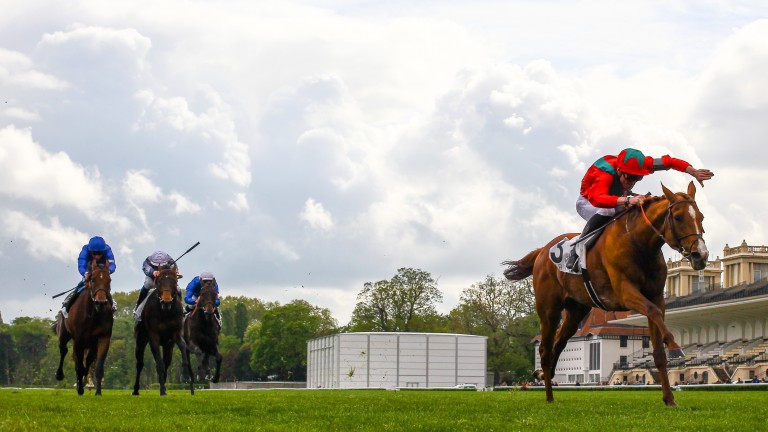 Waldgeist stretches clear of his rivals in the Prix Ganay at Longchamp
scoopdyga.com
1 of 1
By Scott Burton UPDATED 7:47PM, APR 28 2019

The cream rose to the top in Europe's first Group 1 race of the season, as Waldgeist shrugged off the image of a middle-distance battler with a brilliant turn of foot, leaving Prix du Jockey Club winner Study Of Man to outpoint red-hot favourite Ghaiyyath for the minor placings, four and a half lengths back from the winner.

Having slightly lost his way in the second half of his Classic year, Waldgeist was built back up gradually through the grades in 2018 by Andre Fabre but, despite having clocked up plenty of miles in two late-season international assignments after his fourth-placed effort in the Arc, his trainer had him more than ready for his comeback here.

"He's five now and I can train him harder, he takes the work better," said Fabre.

All but one of Waldgeist's last 11 starts were over a mile and a half, but his readiness for this intermediate test came as no shock to Fabre.

"Remember he was beaten a short head in the Prix du Jockey Club, he was unlucky and should have won that day, so he is competitive at this trip," said Fabre, who is not currently minded to take up his entry in the Coronation Cup and another potential meeting with Enable.

"It doesn't really open that many options and his main summer target could be the King George, although in the meantime he will run somewhere else, probably the Grand Prix de Saint-Cloud."

William Buick did not try for an immediate reprise of his all-the-way tactics aboard Ghaiyyath but was still in front half way down the back straight. 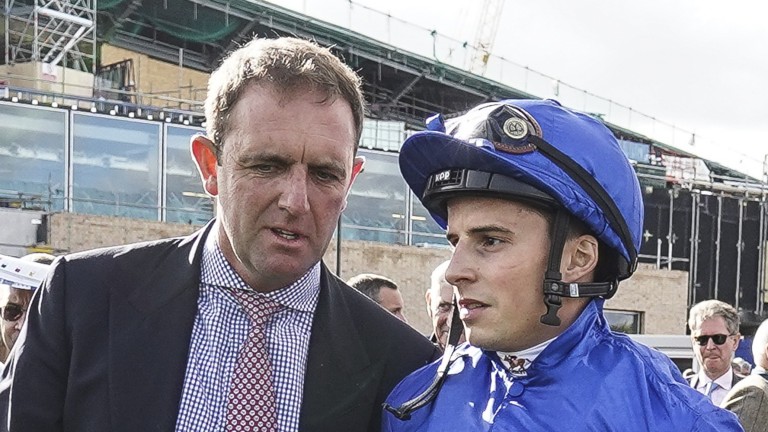 Study Of Man and Waldgeist never gave him too much rope and, although he fought all the way to the line, Ghaiyyath had no answer to the winner's turn of foot.

Charlie Appleby refused to be downhearted and is looking forward to stepping the strapping son of Dubawi up in trip.

"I've always felt this horse is a relentless galloper," said Appleby. "This time you've got two Group 1 winners sat right in behind you. They are Group 1 winners for a reason, because they've got a gear change.

"He could go to the Hardwicke as a stepping stone but you'd be meeting Group 1 horses there as well. There are options here in France as well over a mile and a half." 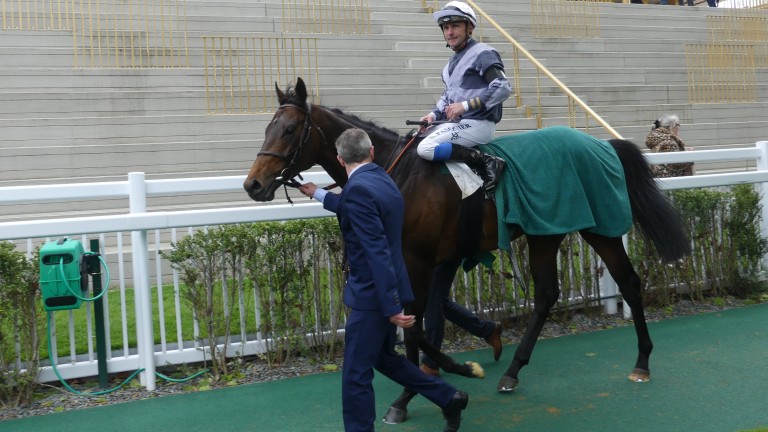 Study Of Man failed to win in three starts after his Jockey Club triumph last year but looked much happier here on what was his first start since being drawn out of contention in the Arc.

"Stephane [Pasquier] and Pascal [Bary] are very happy and it was a very nice comeback race," said the Niarchos family's racing manager Alan Cooper. "We are very happy and we'll have a regroup to see whether we have a race before or go straight to Ascot [for the Prince of Wales's Stakes]."

FIRST PUBLISHED 3:42PM, APR 28 2019
Remember he was beaten a short head in the Prix du Jockey Club, he was unlucky and should have won that day, so he is competitive at this trip

Can one-of-a-kind Jim Bolger pull off more Group 1 heroics with Poetic Flare? One trainer, one jockey, one horse and one race to note on Royal Ascot day one 'It's been a great week' - Charlie Appleby's amazing run of success continues 'I like fast things - as well as Adayar I like to partner planes out of Duxford' Charlie Appleby reveals next step for Derby hero Adayar with Arc on the horizon 'I'd work another 15 years as hard as I could to have one more day like that'