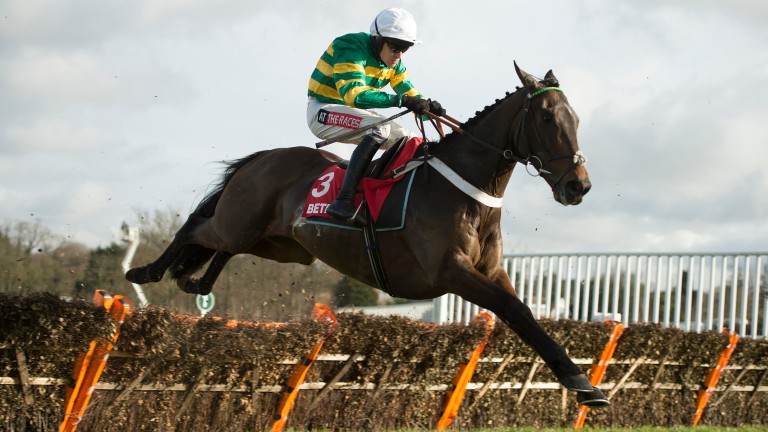 A walk of the Cheltenham course where dreams will be crushed or carried on wings over the next four days has reassured Nicky Henderson that the ground will be soft enough for Buveur D’Air to contest the Stan James Champion Hurdle on Tuesday.

Declaring the surface in "great nick", Henderson was pleased to find areas slower than the advertised good to soft on the Old course, over which the first two days of the festival are run.

But with a drying forecast Henderson concluded the surface will not inconvenience the other two members of his impressive Champion Hurdle task force, Brain Power and My Tent Or Yours, as he seeks to win the race for a record-breaking sixth time.

A winner of the Grade 1 Top Novices’ Hurdle at Aintree last year on soft ground, Buveur D’Air is set to encounter the quickest surface since he finished third to Altior in last year’s Supreme Novices’ Hurdle.

After walking the track at Cheltenham, Henderson said: “My one conclusion was that it’s certainly okay for Buveur D’Air and I’ve spoken to JP McManus.

"I’m certainly not worried. If it was good to soft and getting quicker I'd be thinking differently as we know he wants it good to soft, but I’m perfectly happy with it for him.

"Buveur D'Air loves it soft but I think it will ride quite slow on Tuesday. There’s certainly no quick in it, which is what you didn’t want for him.

“The Old course is good to soft and slower in places, but there are a couple of dry days to come and I think it will be good to soft on Tuesday.

"The New course is good to soft but a bit quicker in places. I thought the ground was in great nick. The grass was good and slightly forward for the time of year considering everything.”

Victory for Buveur D’Air or My Tent Yours would also be a record-breaking sixth for owner JP McManus, who will also be represented by favourite Yanworth.

But success would be a first for Michael Buckley, who owns Brain Power, winner of the handicap historically known as the Ladbroke on his last start.

Henderson said: “It’s not going to be slow enough to worry Brain Power. It was good to soft when he won at Ascot in December. He doesn’t like it very soft because he’s a good-actioned horse. My Tent Or Yours likes it as fast as you can get, but it doesn’t mean he won’t be able to go on this.

“I think it’s fair ground for everyone, a level playing-field for all. If you’ve got a horse that likes extremes then it’s a no, but if you can cope with most things you’re going to be all right.”

Vroum Vroum Mag was taken out of the Champion Hurdle on Sunday in favour of the OLBG Mares’ Hurdle, leaving 12 set to line up, and trainer Dan Skelton feels few can be discounted.

Skelton, who runs Ch’Tibello in a tongue-tie following a wind operation after his runner-up finish to Yanworth in the Kingwell Hurdle, said: “It’s open and highly competitive. I think there are about ten in there that, if they won, you wouldn’t be surprised, and we’re among them. He’s the best chance we’ve had in the race.”

It will be the first time since 2010 Willie Mullins has not had the Champion Hurdle favourite as he relies on Footpad, who will be ridden by Ruby Walsh, and Wicklow Brave, the mount of Paul Townend.

"You wouldn’t want to see Ruby Walsh sat in the weighing room and he's won a Grade 1 in France on Footpad.

"Daryl has won on Sceaux Royal and knows him very well, so it was fairly straightforward as the two horses have very similar chances."

The Mullins-trained Limini was on Sunday a top-priced 13-8 for the Mares’ Hurdle after being chosen by Walsh over stablemate and last year’s winner Vroum Vroum Mag for Tuesday’s Grade 1.

The Mares' Hurdle, for which 18 were declared, has become one of the races of the week as Apple's Jade, who has beaten Vroum Vroum Mag and finished second to Limini this season, brings multiple Grade 1-winning form to the table.

Mullins has a near-perfect record in the contest having won eight of the nine runnings, Quevega taking the lion's share with six victories.

FIRST PUBLISHED 10:55AM, MAR 12 2017
I’m perfectly happy with it for him. He loves it soft but I think it will ride quite slow on Tuesday