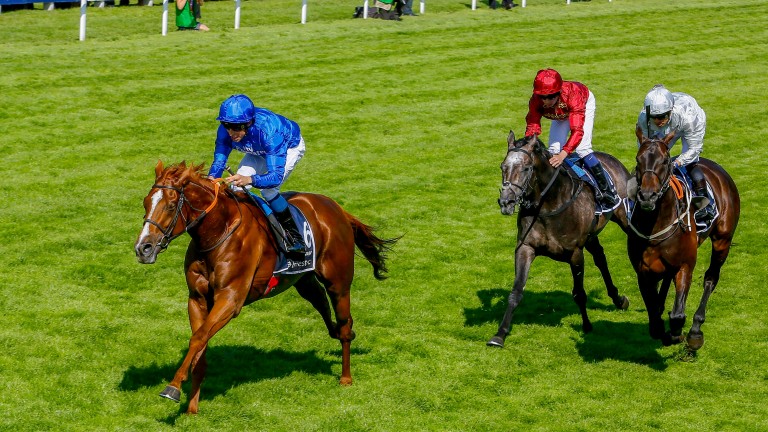 Riding Derby hero Masar around Epsom was like steering a Rolls-Royce, winning jockey William Buick outlined on Sunday morning when he reflected on the famous success.

Saturday's triumph came in the instantly recognisable royal blue silks of Godolphin, the organisation of Sheikh Mohammed, which had never been carried to Derby glory before.

It was also a breakthrough win in Britain's most important Flat race for Masar's trainer Charlie Appleby and also Buick, who paid tribute to his willing and classy partner.

Sent off a 16-1 shot, the Craven winner, who was third in the 2,000 Guineas, travelled well, led a furlong from home and ran out a commanding winner. 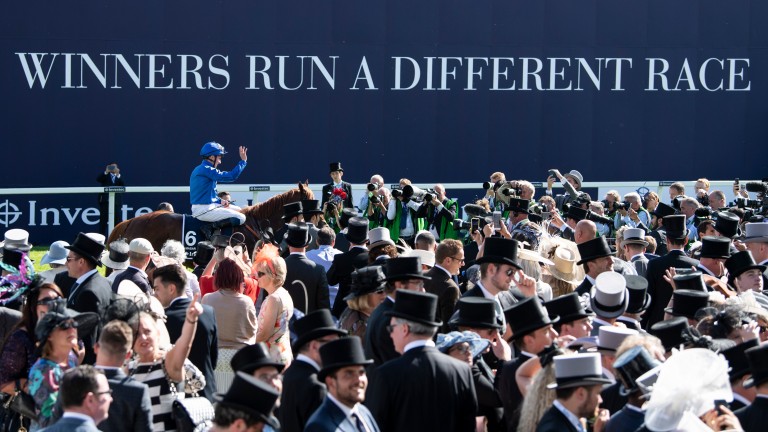 "He gave me a great feel yesterday," said Buick. "I haven't sat down and looked at any times, but it felt to me like an evenly run Derby at the least with a good pace, which you'd expect.

"I felt the pace lifted just after halfway – five from home at the top of the hill – and I was very impressed with how easy I was going. It was very effortless.

"He was like a Rolls-Royce around there and did everything right. He got shunted out a little bit around Tattenham Corner, but he gathered his stride and got his momentum going. He made my job very easy and he's by far the most comfortable horse I've ever ridden round Epsom."

Masar, whose sire New Approach won the 2008 Derby in the colours of Sheikh Mohammed's wife Princess Haya, is entered in the Dubai Duty Free Irish Derby at the Curragh on June 30, although Buick suggested stepping back in trip would not be a problem.

"We knew he was a well-balanced horse beforehand and he showed a good turn of foot," the rider, a guest on Racing UK's Luck on Sunday, added.

"I don't know what the future plans are for the horse, but I wouldn't have any problems from my perspective dropping him back to a mile and a quarter. He's got a lot of pace and put the race to bed when he quickened in the straight."

Masar is not in the 1m2f Coral-Eclipse, which could be on the radar for 2,000 Guineas winner Saxon Warrior, the 4-5 favourite who could manage only fourth in the Derby.

"I'd say it's certainly a possibility," said Kevin Buckley, a representative for Coolmore, whose partners Derrick Smith, John Magnier and Michael Tabor own the Deep Impact colt.

"All those options in the big races are open to him for the remainder of the season, so Aidan [O'Brien] will discuss it with the owners and see what they want to do.

"We were happy with his run; he ran a good race. It's a long season ahead and I'm sure we'll have some good days."

FIRST PUBLISHED 9:46AM, JUN 3 2018
It felt to me like an evenly run Derby at the least with a good pace, which you'd expect