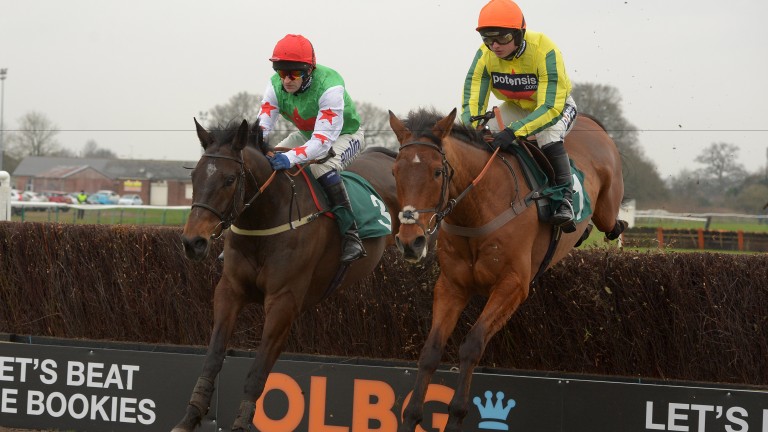 Vivaldi Collonges (right): later options include the Hennessy and a Listed race at Aintree
1 of 1
By Graham Dench 6:00PM, NOV 5 2016

Vivaldi Collonges faces three opponents as he bids to provide Paul Nicholls with a fourth win since 2006 in a staying chase with a mixed history.

Last year Coneygree defied tradition by winning the Future Stars Intermediate Chase after his stardom had already been firmly established – he won the Cheltenham Gold Cup as a novice eight months earlier. Back in 1999, however, the race provided a route to the top for Looks Like Trouble, whose Gold Cup win came four months afterwards.

Not all winners have turned out to be stars and, while today's field has one more runner than in the renewals won by Coneygree and Looks Like Trouble, it is surely long odds about any of the quartet ever winning the Gold Cup.

Nicholls has Vivaldi Collonges in the Hennessy Gold Cup, but he is not sure that is the way to go with him.

He said: "Vivaldi Collonges stays well, jumps well and won't mind the ground. He goes well fresh and he's in good shape, so this looks an ideal place to start him off.

"He's in the Hennessy and we'll see how he goes here, but I'm not convinced he wants a 20-runner handicap and there are other options, including a Listed race at Aintree."

Vivaldi Collonges meets an in-form rival in Nigel Twiston-Davies's Ballybolley, who is fast making up for taking seven runs to get off the mark over fences. He won novice chases over half a mile or so shorter at Wetherby and Huntingdon last month. 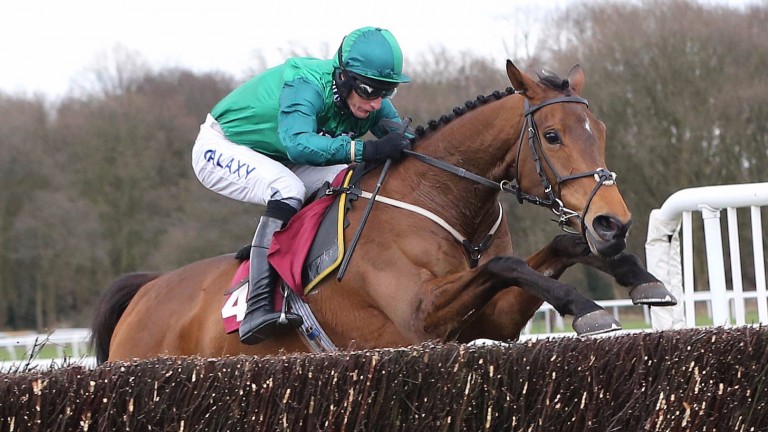 The field is completed by Harry Fry's Voix D'Eau, who on paper has his stamina to prove, and the Johnny Farrelly-trained Amore Alato, who is the mount of champion jockey Richard Johnson and is the only non-winner over fences in the field.

Amore Alato will be a danger to all at the weights if he is in the same form as at Ascot last December, when he looked set to beat Le Mercurey in a Grade 2 novice chase when he unseated his rider at the last.

Fry has "no qualms" about Voix D'Eau getting the trip. "We simply got our tactics wrong at Ascot last week, thinking there would be a strong gallop, which there wasn't. He seems to have come out of the race well and likes the ground, so he's well worth his chance here," he said. 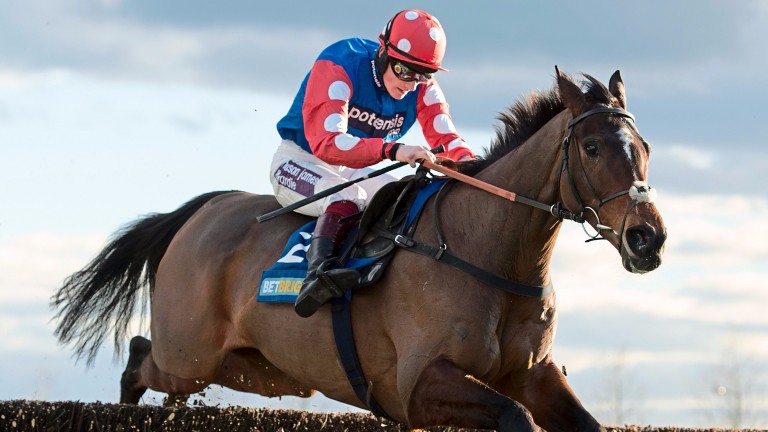 Rocky Creek: bids to bounce back from temperamental reappearance
Edward Whitaker
Nicholls and Fry are also represented in the later veterans' handicap chase over the same trip, by Rocky Creek and Opening Batsman respectively.

Both horses are able enough yet neither would be the most dependable and Nicholls admits Rocky Creek "threw his toys out of the pram" when tackling similar company at Chepstow on his reappearance.

He said: "He never went at all and is a funny old horse, but all his recent form is right-handed and we've freshened him up hunting this week. If he came back to form he's capable of winning."

Fry said: "This will be Opening Batsman's first go in a veterans' chase and if he puts his best foot forward he should be competitive. He seems well and he likes the ground."