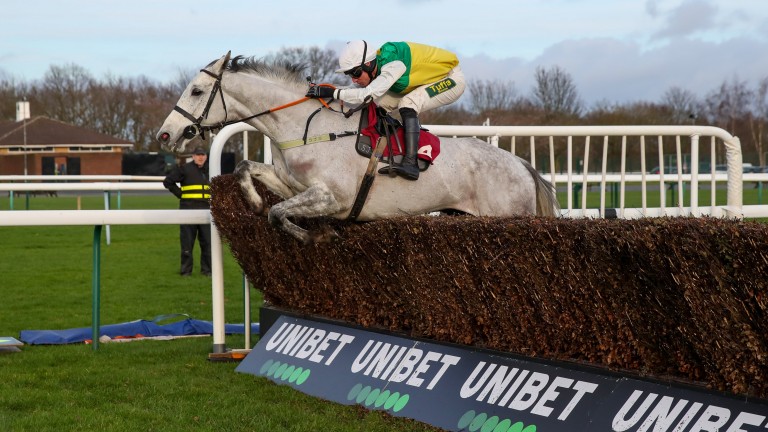 Vintage Clouds: puts in a fine leap to run out an impressive winner of the Peter Marsh Chase
John Grossick (racingpost.com/photos)
1 of 1
By David Carr UPDATED 8:19PM, JAN 18 2020

Vintage Clouds bounced back to form and proved he is like most current Premier League sides – highly effective as long as they are not at Liverpool.

He fell at the first fence in the Grand National last April and did little better in the Becher Chase in December, blundering badly at the Chair and soon pulled up.

But 15 miles along the East Lancs Road from Aintree he showed yet again he's a highly effective stayer with a clear-cut victory in the Peter Marsh Chase at Haydock, always in the front rank and scoring by a decisive seven lengths.

The Sue Smith-trained chaser had fallen three out when chasing Bristol De Mai in this race three years ago and been placed in the Welsh Grand National, Scottish Grand National and Ultima Handicap Chase (twice) since then.

Owner Trevor Hemmings' racing manager Mick Meagher said: "He deserved that, he's run so well in so many races.

"It's great to win a good one with him. He often kicks one out but he jumped great today. 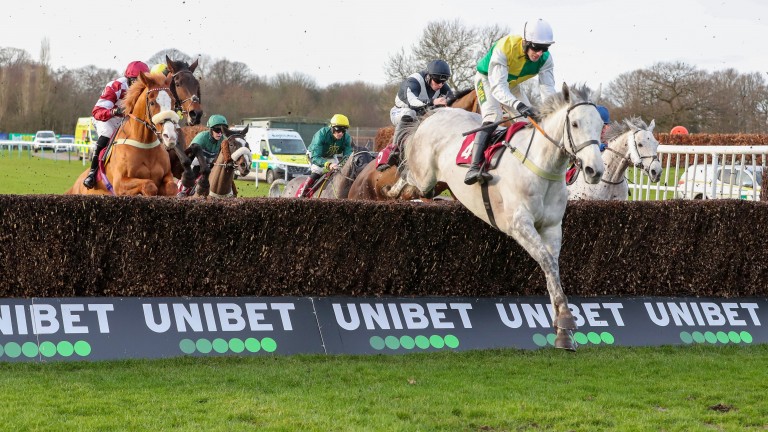 "We might go back to Cheltenham for the race he was second in last year and there's the Scottish National as well. And he could come back here for the Grand National Trial next month."

Reflecting on Aintree, jockey Danny Cook – who was winning a fourth Peter Marsh – said: "He didn't take to it at all but they've done a good job with him at home. He finished third in the Tommy Whittle here, staying on nicely, and he got his confidence back.

"His homework has been absolutely A1, I schooled him on Wednesday and he grabbed hold of the snaffle and I was a passenger sitting there going over the fences, showing me he was in good fettle.

"When I was still in front turning for home I knew they were going to take some getting by me."

Brian Ellison was pleased with how National hope Definitly Red kept on for second and said: "The ground was a bit tacky, which doesn't suit him, but we're happy with the performance with that weight.

"He's been running well this year, but he has raced a bit lazily. The plan is to go to Kelso next month and then Aintree. We're going to put some cheekpieces on him at Kelso to see if they sharpen him up, and if they do we might run him in them in the National."

FIRST PUBLISHED 3:01PM, JAN 18 2020
When I was still in front turning for home I knew they were going to take some getting by me