Village chasing another victory on 11th start at favourite track 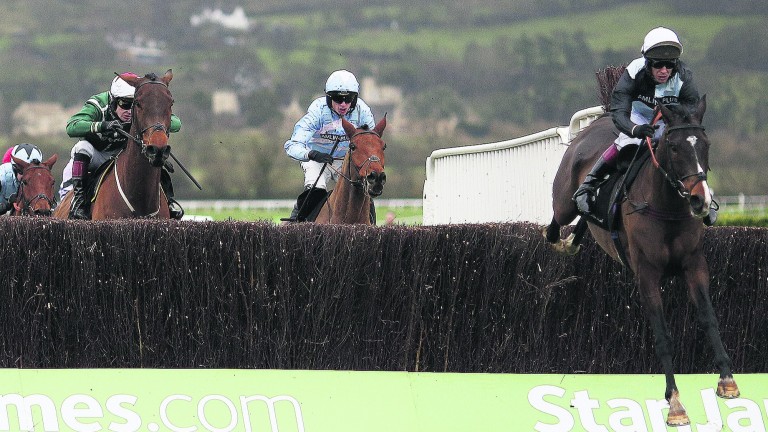 Village Vic: has won hearts and minds this season even though he has narrowly lost out on the track
Getty Images
1 of 1
By James Burn 7:44PM, DEC 31 2016

Cheltenham regular Village Vic, who has done connections proud in two of the track's main handicaps already this term, goes into battle in another big race when he seeks back-to-back victories in this £60,000 contest.

Having his 11th course start, Village Vic was second in the BetVictor Gold Cup in November before finishing third in the Caspian Caviar Gold Cup last month. His win in this race 12 months ago came off a mark of 144, so he will need a career-best effort off 158.

Sam Twiston-Davies, who partners Solar Impulse for Christopher Kellett, has not had a ride for the trainer in the last five years, if ever, but the jockey booking is not that odd when you consider the seven-year-old won last season's Grand Annual under the rider when trained by Paul Nicholls.

A tale of the two Thomases

Thomas Fry has the potential to go well, but was not at the races last time, while Thomas Crapper has always promised to land a decent pot.

Davy Russell, rider of Top Gamble
This won’t be easy off top weight and he loves soft ground so could do with a bit of rain. He's now 6lb higher than when finishing third in this race 12 months ago, but he has won two Grade 2s since then. The likes of Village Vic and Vaniteux will be hard to beat.

Richard Johnson, rider of Village Vic
He's come out of his last run really well. We all know about him now. He loves the track and should put up another bold display. I definitely think this race is less competitive than his last two, so if he can run up to those performances he shouldn't be far away. As De Mee was a very good winner at Aintree last time. That form looks decent and he's definitely one of the main dangers.

Nicky Henderson, trainer of Vaniteux
He's quite frustrating in the fact that it's difficult to work out his best trip so we're going right back up in trip again to two miles five and I hope it's the right decision. It's a real quandary with him as every jockey who rides him comes back in and says he wants further, so we step him up, and then they say he needs dropping down, so we're in no man's land really! He wants burying away, putting to sleep and ridden like he's the best horse in the race, I think. He has lots of ability and will bag a decent prize before long, mark my words.

Tom Scudamore, rider of Tenor Nivernais
He's been a great servant for Venetia Williams. If the rain comes he'd have a good chance. He does seem to be better on soft ground. He'll run another solid race regardless as he's a consistent performer.

Barry Geraghty, rider of Shutthefrontdoor
He showed a bit of his old spark in the early part of the three-and-a-quarter-mile handicap chase at Cheltenham’s December meeting. He just got tired from the fourth-last fence. Hopefully he can improve on that off a slightly lower mark and dropped in trip.

Paul Nicholls, trainer of As De Mee
He won well at Aintree and obviously his main goal is back there for the Topham. He has a chance again here but we wouldn't want to see too much rain for him.

Harry Fry, trainer of Thomas Brown
We're hoping he'll turn up in a better frame of mind this time as he never went a yard last time. He has the ability to go well in a race of this nature but it's entirely up to him.

FIRST PUBLISHED 6:00PM, DEC 31 2016
Hopefully he can improve on that off a slightly lower mark and dropped back down in trip