Veterans Pete and Wilf striding on together 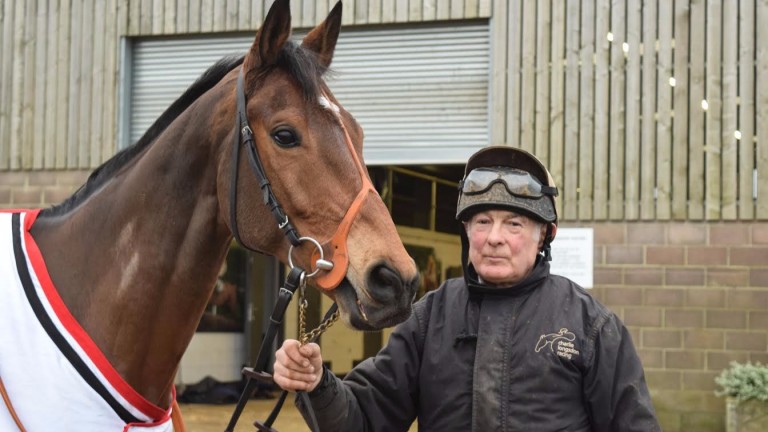 Wilf Rayer is not sure what all the fuss is about, but between lots at Charlie Longsdon's he is happy to talk about his pride and joy Pete The Feat, and about his lifetime around horses and ponies.

If you missed it, when Pete The Feat won the £100,000 veterans' chase final at Sandown on Saturday, it was Rayer who was namechecked by Longsdon as the 13-year-old's regular partner at home.

Nothing unusual in that, you might say, but Rayer, Longsdon revealed, is 70, and what's more Pete The Feat is "something of a yob" who likes throwing his weight around. The "two old boys together" that Longsdon referred to therefore form a somewhat unlikely alliance.

Longsdon describes Rayer as old school and an absolute legend. Rayer is more modest, as exercising racehorses every day is simply a joy to him, and one he intends continuing with as long as he is fit enough.

His idea of a sporting hero, he says, is the 'King Of The Fells' Joss Naylor, who at 70 ten years ago ran 70 Lakeland fell tops, covering more than 50 miles and ascending more than 25,000 feet in less than 21 hours, according to Wikipedia.

Rayer comes across as a gentle man, notwithstanding 13 years as a soldier, when he served in Hong Kong, Aden and Ulster and rose to the rank of captain.

He says: "Brough Scott wrote in his Henry Cecil book that it was 'evocative, addictive and a privilege' to ride a thoroughbred, and that's just how I feel about it. 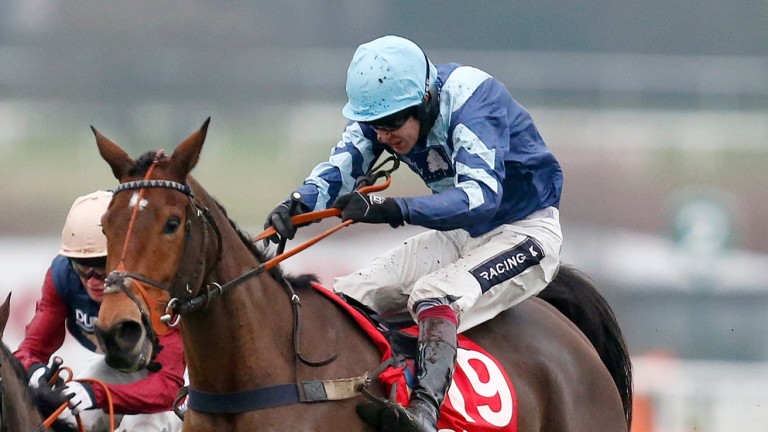 Pete the Feat and Aidan Coleman on the way to victory at Sandown
Alan Crowhurst
"Pete The Feat is a bossy sort of character and not the easiest person to deal with." admits Rayer. "But it's mainly with his riders rather than with other horses.

"I ride him nearly every day, and he takes a good hold. He doesn't do work, as such, because he doesn't need to as he's so enthusiastic. He just gets an extra canter."

Rayer, who drives 45 miles each way from Worcestershire to ride out, did ponies as a child, but it was only after leaving the army he got involved with racehorses.

He says: "I started riding out for Keith Lewis, who trained in west Wales and managed Graham Roach's horses. He gave me the taste for it.

"After that I did bits of pieces for other people on point-to-pointers and eventers before a spell with Adrian Lee and then on to Gordon Richards, where [Scottish National second] Tartan Takeover was my pride and joy, and Tartan Trademark another favourite."

Then, after a spell caring for his parents, Rayer's enthusiasm for racing was rekindled when he was put in touch with Longsdon through the husband of the trainer's landlady, who had been a territorial, as had he when he left the regular army.

It was then that Rayer remembered how exciting racehorses are, and six mornings a week he can be found at Chipping Norton.

He says he finds the banter of the younger members of the team refreshing and reckons it's a lot more fun than retirement.

Pete The Feat would no doubt agree.

FIRST PUBLISHED 3:25PM, JAN 9 2017
Pete The Feat is a bossy sort of character and not the easiest person to deal with, but it's mainly with his riders rather than with other horses