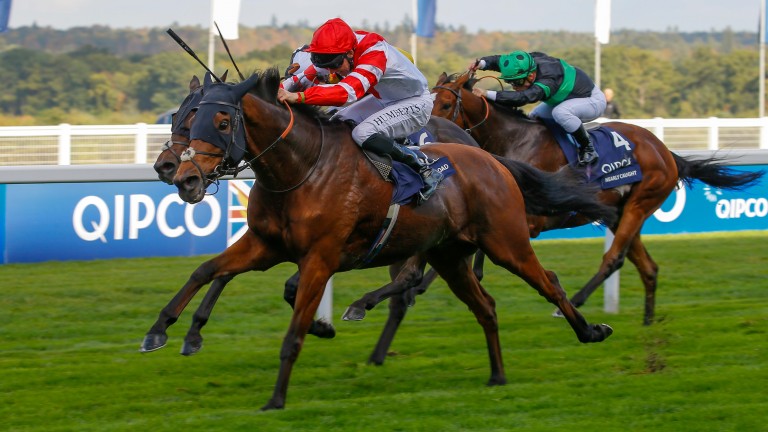 Sheikhzayedroad drops out of Group company for the first time since 2014 in a bid to regain the winning thread after his most recent placed run when third in the Doncaster Cup.

The nine-year-old has his 49th start in Thursday's staying test and may well be heading towards retirement in the coming months after winning 11 races, including one at Group 1 level, in a career that kicked off at the Rowley Mile back in 2012.

Sheikhzayedroad has not won for nearly two years but has achieved some remarkable placed efforts, including when finishing runner-up to Vazirabad in the Group 2 Dubai Gold Cup at Meydan in March.

After two tough assignments back on home soil in the summer, David Simcock's stable stalwart was beaten seven a half lengths behind Thomas Hobson on Town Moor two weeks ago.

Bruce Raymond, racing manager to owner Mohammed Jaber, said: "Sheikhzayedroad is down in class and on his best form should up to beating these, and he has plenty of experience of the track.

"This will be his last run of the year and beyond that it has to be decided if he goes back to Dubai this winter or not. He doesn't owe anybody anything and has won nearly £1.3 million in prize-money so it could be that we find a nice home for him one day."

Can Nearly go one better?

Nearly Caught bids to go one better than a year ago in this race when just denied by Face The Facts and previously went close at the track when not beaten far in the Cesarewitch in 2014 and 2015.

The eight-year-old has a 3lb penalty to shoulder after winning a Listed contest at Sandown in July, a cross he had to bear last year, but the extra burden has been overcome twice in recent times in this race by Times Up (2011) and Caucus (2013).

Nearly Caught has finished in the money three times in France since his Sandown success, most recently when fourth to Called To The Bar in a Group 3 at Longchamp.

Trainer Hughie Morrison said: "This is the only race left to run him in this year and he ran very well in it last year. It's decent ground and the right trip so we'll give it another go."

John Gosden has won this race for four of the past six years and is double-handed in a bid to extend his dominance with Sevenna Star and Ben Vrackie.

Sevenna Star, the mount of Frankie Dettori, earned a place in the Derby field after landing the Group 3 Classic Trial at Sandown in April but failed to cut much ice when tenth behind Masar.

The son of Redoute's Choice was having his first start since then when seventh to Old Persian in the Group 2 Great Voltigeur Stakes at York and shapes as if this step up in trip will suit.

Gosden said: "We've freshened Sevenna Star up since York and he's been in good form on the Limekilns lately. It's always a good race but he shapes as if he'll get the trip." 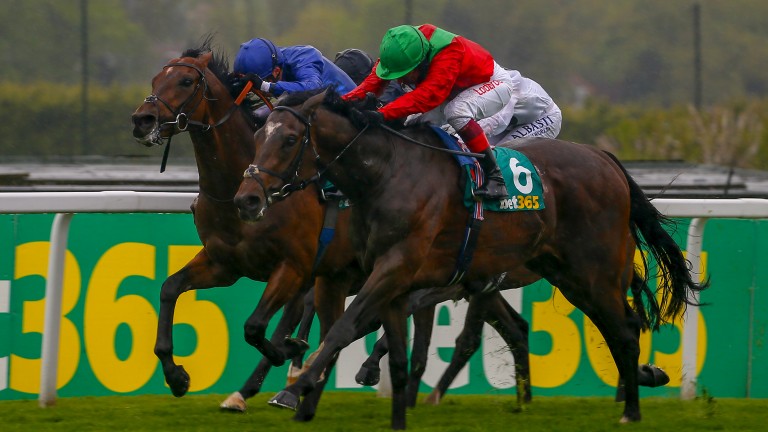 Sevenna Star: 'He shapes as if he'll get the trip'
Mark Cranham (racingpost.com/photos)

Ben Vrackie is on something of a recovery mission after beating just two home in the Mallard Handicap at Doncaster and is perhaps better judged on his previous second in a Group 3 at Goodwood.

Gosden added: "Ben Vrackie just didn't handle the soft ground at all at Doncaster and this sounder surface should be better for him."

Can Knight make up for lost time?

Saracen Knight is not one of Aidan O'Brien's stable stars and will need to improve a great deal on his sixth place in a premier handicap at Leopardstown on Irish Champions Weekend last time.

The colt does, however, already have a victory to his name this month having scored at Naas on what was a belated first run of the year and he may appreciate the step up in trip.

O'Brien said: "We've always thought he'd get two miles. He's had only the two runs this year and came out of his race at Leopardstown on Irish Champions Weekend well."

Read exclusive previews of the Cambridgeshire meeting from 6pm on racingpost.com

FIRST PUBLISHED 6:00PM, SEP 26 2018
He doesn't owe anybody anything and has won nearly £1.3 million in prize-money so it could be that we find a nice home for him one day