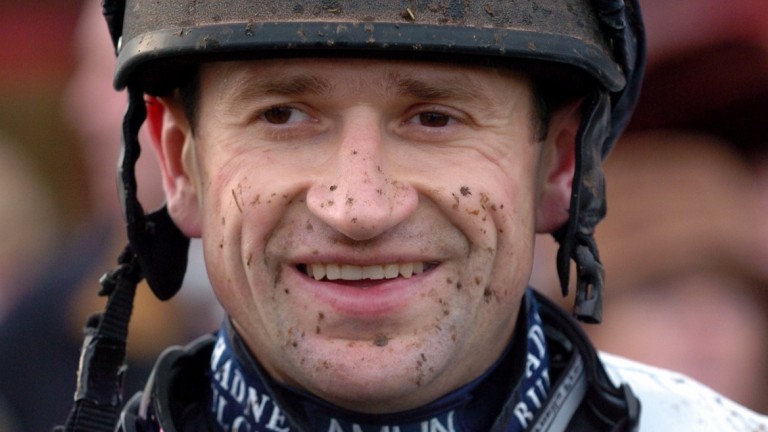 Andrew Thornton returns to the saddle at Plumpton on Monday less than four weeks after breaking a collarbone at Towcester on October 5.

He partners Miss Fortywinks for Seamus Mullins in the 2m4f handicap chase (3.40) and reckons the mare has "a squeak" in a winnable race.

Former Cheltenham Gold Cup winner Thornton is four short of a landmark 1,000th win and he has made full use of the facilities at Jack Berry House to minimise his time on the sidelines. He has done well to return so quickly, yet still believes he has missed at least two winners.

He said: "I've missed a couple of wins on Midnight Sapphire of Victor Dartnall's. She belongs to an owner I used to ride for with Sarah Williams and Tony Newcombe and I'll get back on, but she'll be 8lb higher than last time and up 12lb in all."

Thornton has ridden Miss Fortywinks three times before, the first liaison resulting in a fall over hurdles. However, that is not a concern to the 44-year-old.

He said: "That was a long time ago at Fakenham and it was her first run over hurdles. She's had two runs over fences and ran well the first time at Worcester in the spring and was then fourth at Southwell first time out this campaign.

"I am glad Harry Fry's [Innocent Girl] doesn't run and she should have a squeak. Seamus had two run crackers at Ascot on Saturday, so I'm hopeful."

FIRST PUBLISHED 3:07PM, OCT 30 2016
She ran well at Worcester in the spring and was then fourth at Southwell