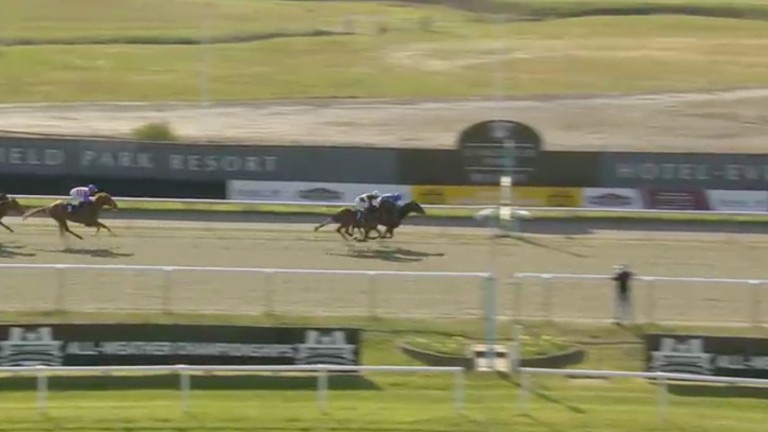 Robert Havlin was suspended for 21 days at Lingfield on Wednesday for his ride on Stowell, who was a fast-finishing second to stablemate and 2-9 favourite Polling Day.

In a race which stirred much debate, 16-1 newcomer Stowell finished strongly under Havlin behind the John and Thady Gosden-trained Polling Day in the 1m4f novice contest, having run into traffic problems behind the retreating front-running pair of Scampi and Reverend Hubert turning for home.

Following a lengthy inquiry, the stewards suspended Havlin for "failing to take all reasonable and permissible measures to ensure Stowell obtained his best possible placing, in that after getting a clear run in the straight, the colt had not been asked for a sufficient effort". 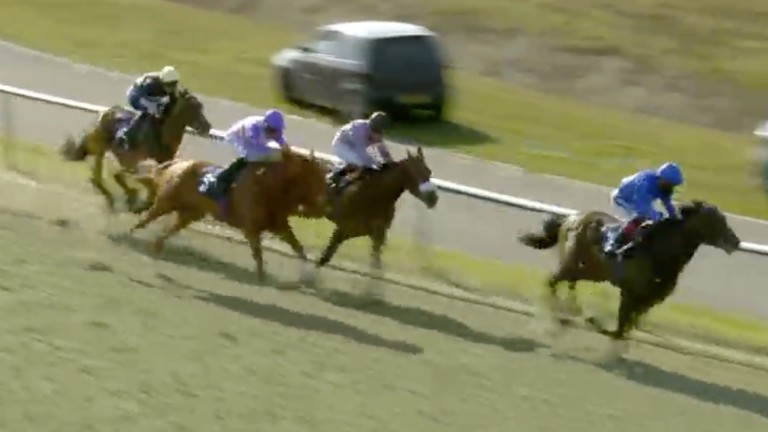 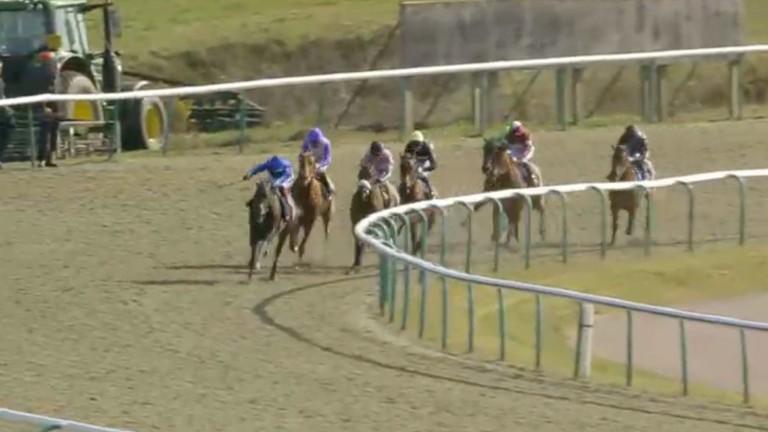 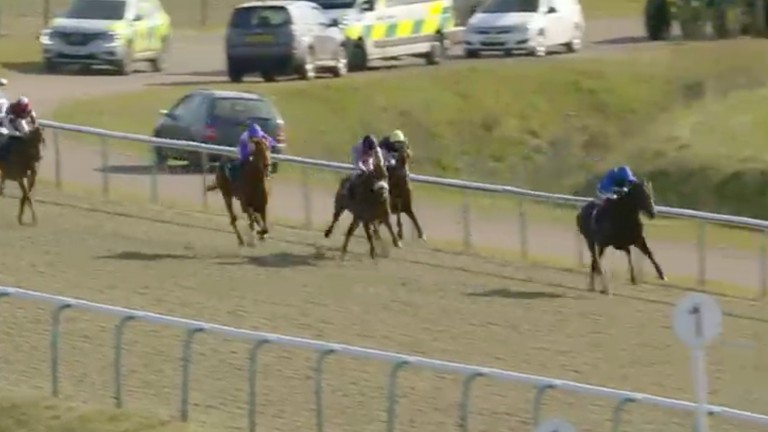 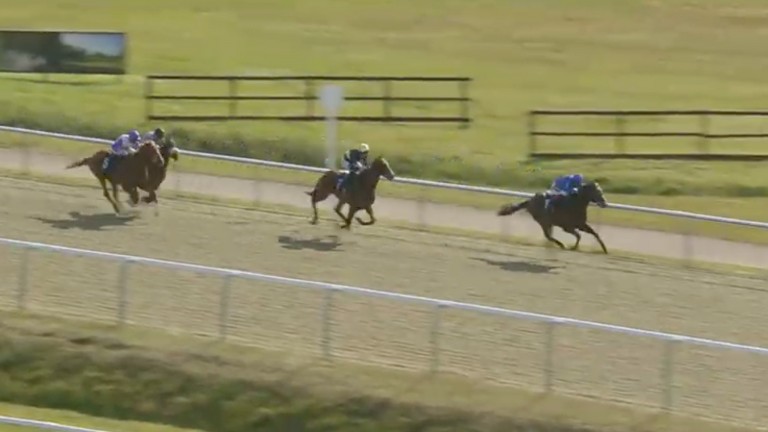 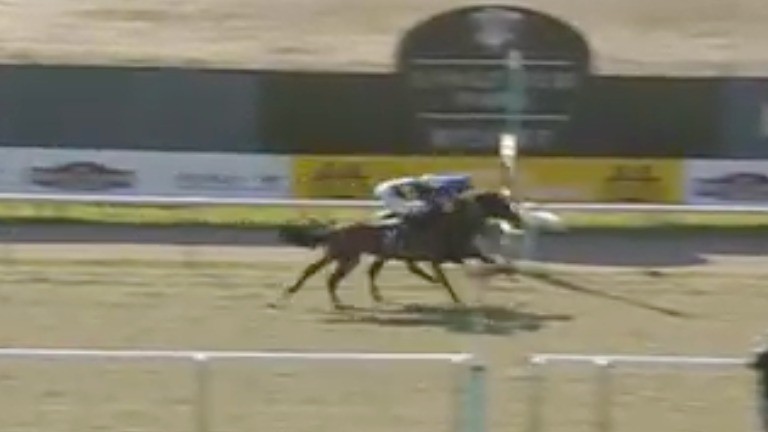 Havlin told the stewards his instructions were to settle Stowell and ride him to obtain his best possible position, adding the colt was a fragile type who had a high knee action and that John Gosden had instructed him to ride under hands and heels and not to use his whip.

Havlin said his mount ran on well inside the final half furlong and stated, in his opinion, the winner was idling in front and therefore it appeared the runner-up had finished faster than he actually had.

The trainers' representative stated he was happy with the ride, it accorded with the instructions given and they were very pleased with Stowell's debut effort.

Havlin, who plays a key role at the Gosden stable, is set to miss a major part of the early season, with his ban covering the dates May 5-8 and 10-26.

Chased leaders, not clear run on inner home turn, in the clear and shaken up over 1f out, went second and 5 lengths down 1f out, tenderly handled and kept on strongly final 110yds, just held, eyecatcher, promising

Havlin had made a good start to 2021 and has ridden 27 winners at a one-in-five strike-rate this year.

He has spent two decades with John Gosden, riding good horses such as Journey, Richard Pankhurst, Mehdaayih and Wissahickon for the Clarehaven yard.

But he served a six-month drugs ban imposed by the French racing authorities in 2017.

Sky Sports Racing pundit Jason Weaver remarked that the ride on Stowell, who drifted from 8-1 to 16-1 before the off, was "very, very kid gloves".

In analysing the race, Weaver said: "Stowell has absolutely picked up under kid gloves all the way down the straight. He was checked in behind runners, it then opens up for him down on the inside and if he gets out at that point, he definitely goes and wins." 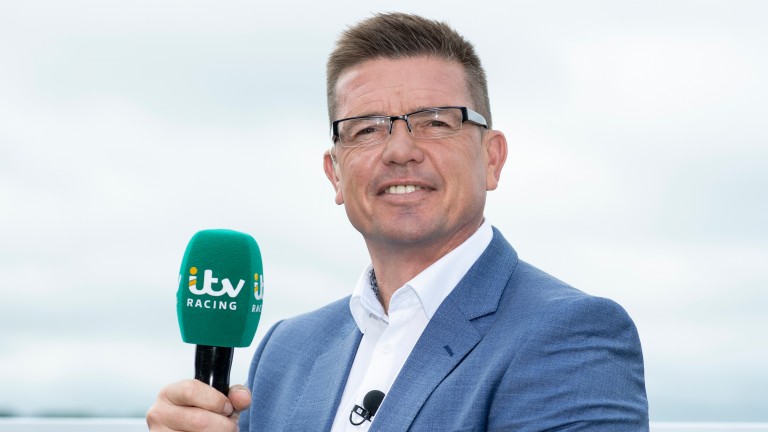 Pundit Jason Weaver: "If he gets out at that point, he definitely goes and wins"
Edward Whitaker

Entering the final furlong, Weaver added: "We still haven't seen Rab [Havlin] get into that familiar drive of his. He doesn't quite get there in the closing stages. That was very, very kid gloves on the second all the way up to the line.

"Just looking at the jockey's body language, there wasn't much urgency there, was there? Stowell, the absolute eyecatcher there."

FIRST PUBLISHED 7:04PM, APR 21 2021
Just looking at the jockey's body language, there wasn't much urgency there, was there? Stowell, the absolute eyecatcher there

Date set as Dragon Symbol team appeal against Royal Ascot reverse 'We don't mind who comes' - Mark Johnston bullish for Subjectivist Goodwood bid 'I didn't say that. He's wrong' - Dettori counters Murphy best-horse claim A day when two big decisions had to be made - officials at Ascot got both right Did the stewards get it right in the Commonwealth Cup? Experts have their say 'Oisin's horse drifted about eight lanes' - Commonwealth Cup result reversed