Vermeille hopeful Musis Amica to miss the rest of the season 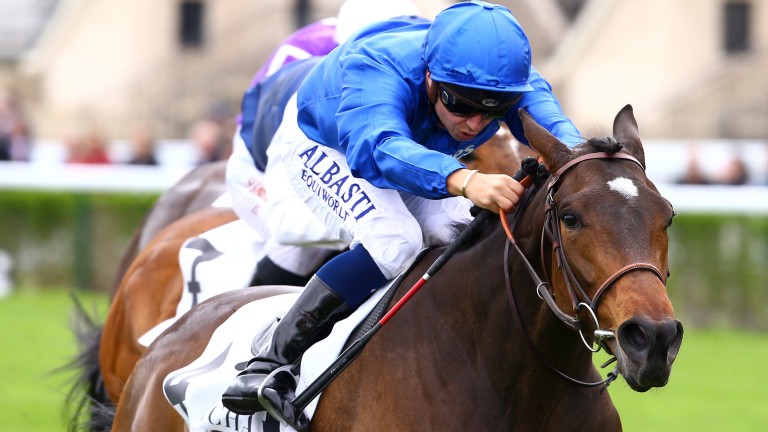 Godolphin’s Musis Amica will be a high-profile absentee from this Sunday’s Qatar Prix Vermeille after failing to shrug off issues that have kept her off the course since June.

Paddy Power made Lar Ti Dar their 11-10 favourite for the Vermeille before news emerged of the season-ending problem with Musis Amica, although Lah Ti Dar's connections have yet to decide between running at Longchamp or in the William Hill St Leger 24 hours earlier.

Musis Amica ran an extraordinary race to be a fast-finishing second in the Prix de Diane, having looked at one stage as though she would finish tailed off.

She missed her intended comeback run at Deauville last month but put in a sparkling racecourse gallop at Longchamp ten days ago.

However, on Tuesday morning she did not join the rest of the Andre Fabre team of workers on Les Aigles for a final grass canter ahead of Sunday’s Arc trials card.

"She came out of her work at Longchamp in good form but unfortunately it has emerged her problems aren’t really behind her so we have decided to pull up stumps for the year," said Godolphin’s Lisa-Jane Graffard.

"We'll try to get her back for next year because she's shown she has all the qualities to make a very good four-year-old."

Paddy Power listed Musis Amica as a 13-2 chance for Sunday, while she was trading at a general 14-1 for the British Champions Fillies' and Mares' Stakes at Ascot, and 40-1 for the Qatar Prix de l'Arc de Triomphe.

This year the Vermeille is worth €600,000 – up from €350,000 12 months ago – but has lost two of its main attractions in recent days, after Francis Graffard said that Bateel would head straight to the Arc on October 7.

FIRST PUBLISHED 11:17AM, SEP 11 2018
We'll try to get her back for next year because she has shown she has all the qualities to make a very good four-year-old