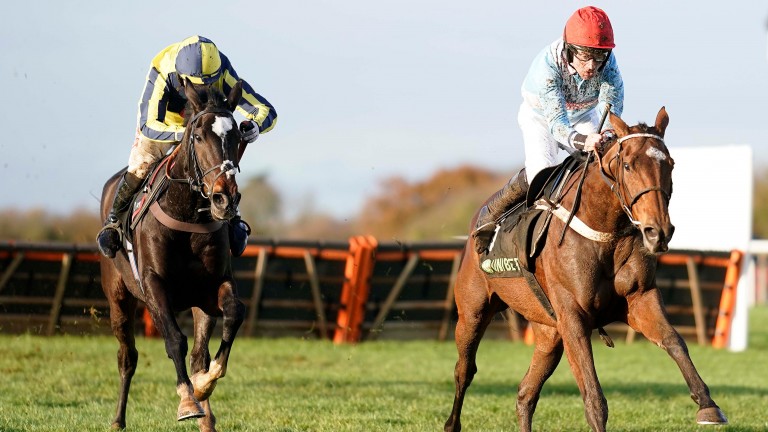 Verdana Blue made it two from two over hurdles for the season when powering clear of If The Cap Fits to land a competitive running of the Grade 2 Unibet Elite Hurdle.

The Nicky Henderson-trained mare, who was an impressive winner at Kempton last month, held a steady position behind front-running stablemate We Have A Dream before picking up well to score by two and a half lengths.

The five-year-old was cut to 6-1 (from 8) for the OLBG Mares' Hurdle at the Cheltenham Festival and is around the 25-1 mark for the Unibet Champion Hurdle.

Henderson said: "She was great, wasn't she? She was very quick and very fit and that's probably made the difference.

"This race was always the plan. I was praying all week they wouldn't get the rain as the faster the better for her. It did rain but thankfully the ground is still decent."

He added of the winner, a general 7-1 chance for next week's Greatwood Hurdle: "We'll try to keep her going but she is very ground-dependent. She's in the Greatwood at Cheltenham and we could take a look if the ground isn't soft.

"She'll end up going for the Champion Hurdle if the ground allows, and after that I wouldn't mind switching her back to the Flat as she is very definitely not slow."

For Henderson it was a first success in the Elite Hurdle since Chomba Womba in 2008.

FIRST PUBLISHED 3:11PM, NOV 10 2018
She will end up going for the Champion Hurdle if the ground allows